Hello I'm Kyle and this is 3D Maze! The title is a working title and the artwork is temporally here and will be updated in the coming days. Please read on to learn about our game!

3D Maze is 3D Maze puzzle game with many levels with many themes and will be for smartphone and tablet devices. Players start off with level that is fairly easy to allow players to get the feel for the game. Each theme has 3 levels and must be beaten to unlock more levels with more themes. Each level gets harder then the one before, some will have straight path to the finish, where others will have multiple paths to keep players on their toes. Here are some WIP greyboxes below. 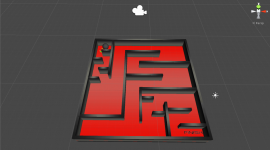 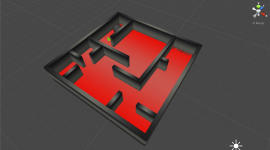 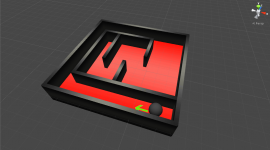 The game will be using Unity psychics to allow the ball the move around in the maze. The player controls the ball through the maze by moving their smartphone/tablet system which is using the Gyroscope system. Also levels featuring pickups to open up doors to the finish and traps to avoid. If all goes well and such we do have some stretch goals that we would like to add to the game but may not be possible or done in time.