Mod development on idTech3 engine is now stopped as I have moved to X-Ray engine on which all development will be made from now.

idTech3, the engine powering Wolfenstein: Enemy Territory game is a really good engine, but is a little outdated now. Many features that more recent engines have are missing and I don't have enough knowledge and time to add them to the engine. So, I have decided to move to another engine more up to date.

I really like the S.T.A.L.K.E.R. games series, I've got all three opus, the engine matches almost to all the features which I look for, and since all tools and also engine source code are available, I thought that it was the best choice to make.

I spent most of the 2016 year to try to understand how the X-Ray engine works, and late in the year, I began to experiment the process of exporting objects and maps I have made for the Wolfzone mod to X-Ray engine. 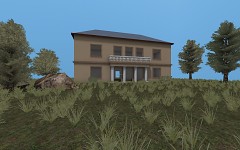 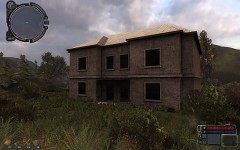 I also released the source code of the Wolf:ET version of the mod:

Finally, I would like to thank all people who have supported me and my work when I used Wolf:ET engine, hope you will follow my work with the new engine if you like.

Looks really nice, thanks for update.