Hi Ho, Hi Ho, Its Off Into Space We Go, with this update on some of our latest additions to Smith and Winston, space travel, level components, destruction and space facts, click or live with the knowledge that you never seized the chance to bask in the glory that is a voxel based twin stick shooter!

Once again I'm starting this article with a preamble about loosely connected stuff - honestly I sometimes just get a little jaded with building things out of little cubes and just want to bust out some free hand - I blame this desire for most of today's ramblings so feel free to skip ahead :) 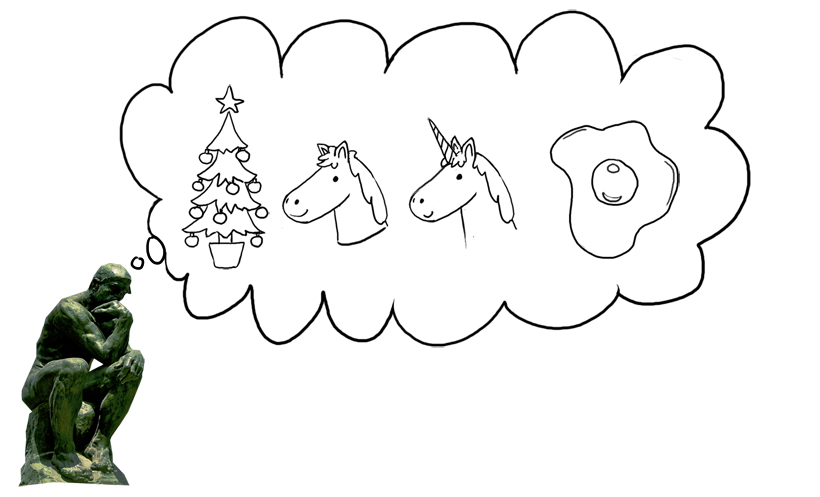 So, you come home after a hard days work and you just want to sit and ponder the universe's mysteries, like Rodins 'The Thinker'. Here he is thoughtfully considering, but what exactly is he thinking about? Hmmm.....

"Who cares!" I hear you shout "I came here for facts as promised by your 'click-bait' title!"

Well easy tiger, the two are connected as the picture-grams above represent certain nebula, yep, the Christmas Tree, Horses Head, Unicorn and the culinary inspired Fried Egg nebula (oddly I've just discovered there's also a band from the Midwest named after this last nebula, who apparently serve up a delightful mixture of 'musical gumbo with soulful lyrics and exploratory improvisation' I kid you not www.facebook.com/friedeggnebulaband ) and our 3 facts are mostly about these space occupying phenomenon.

FACT 2: Most nebula are so diffuse that they contain less mass than even the best vacuum that man can produce on earth, a nebular cloud the size of the Earth would have a total mass of only a few Kilos.

FACT 3: And lastly, a quick fact, not about space (I only said mostly) but Colossal Squid! Their brains are formed in the shape the of a donut and their esophagus runs right through that hole in the middle. Weird. Evolution having a bit of a laugh there.

So having titillated you with these facts lets jump into how all this waffle applies to today's article; well it’s because we're now in spaceeeeeeeeeeeeeeeeeeeeeeeeeeee, cue orchestral, with jazz undertones, theme tune.....

Between different levels and world we will occasionally have space based game-play. These space based sections will be heavily inspired by a couple of our favorite games, Space Harrier and Star Fox.

It's very early in this part of the game development and the following shots are taken from testing in our test environment;

Shown above are the players ship trails 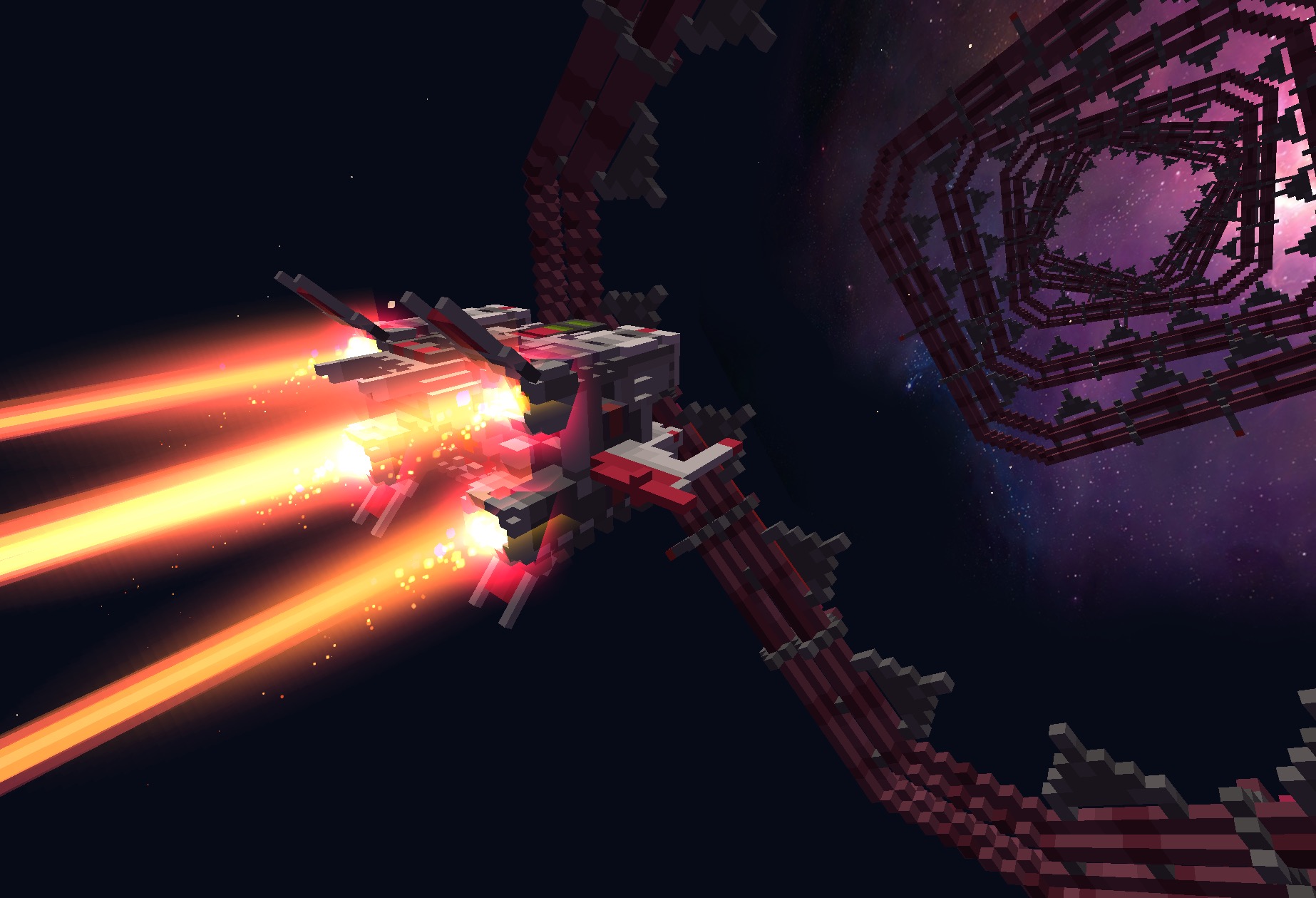 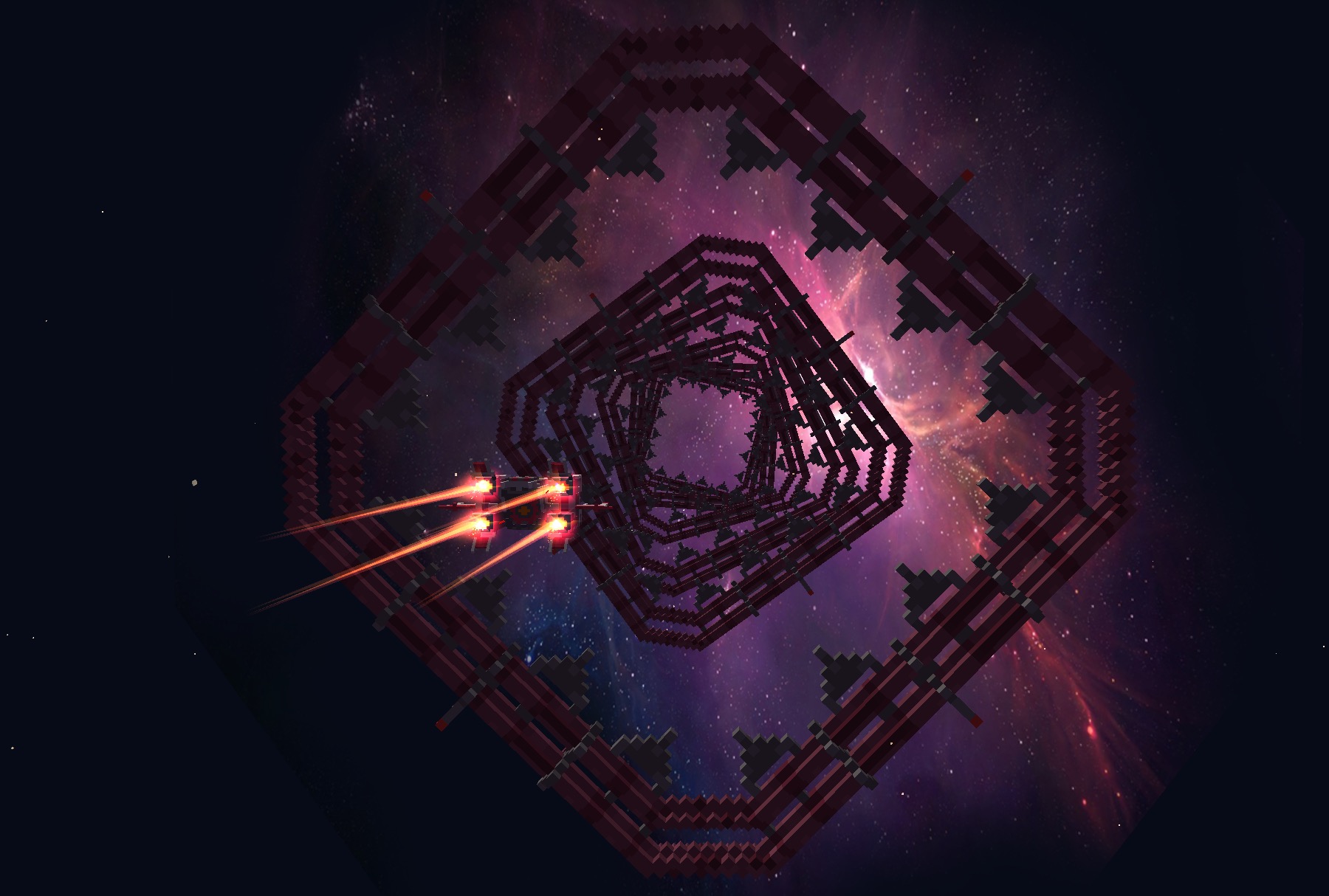 While all these shots are still very early I hope it helps flesh out what we're trying to achieve with Smith and Winston.

First up, Sections of the space ship level as they appear in our editor (we've built our own tools rather than using Unity etc, this was a choice mainly driven by the fact we're using voxels). 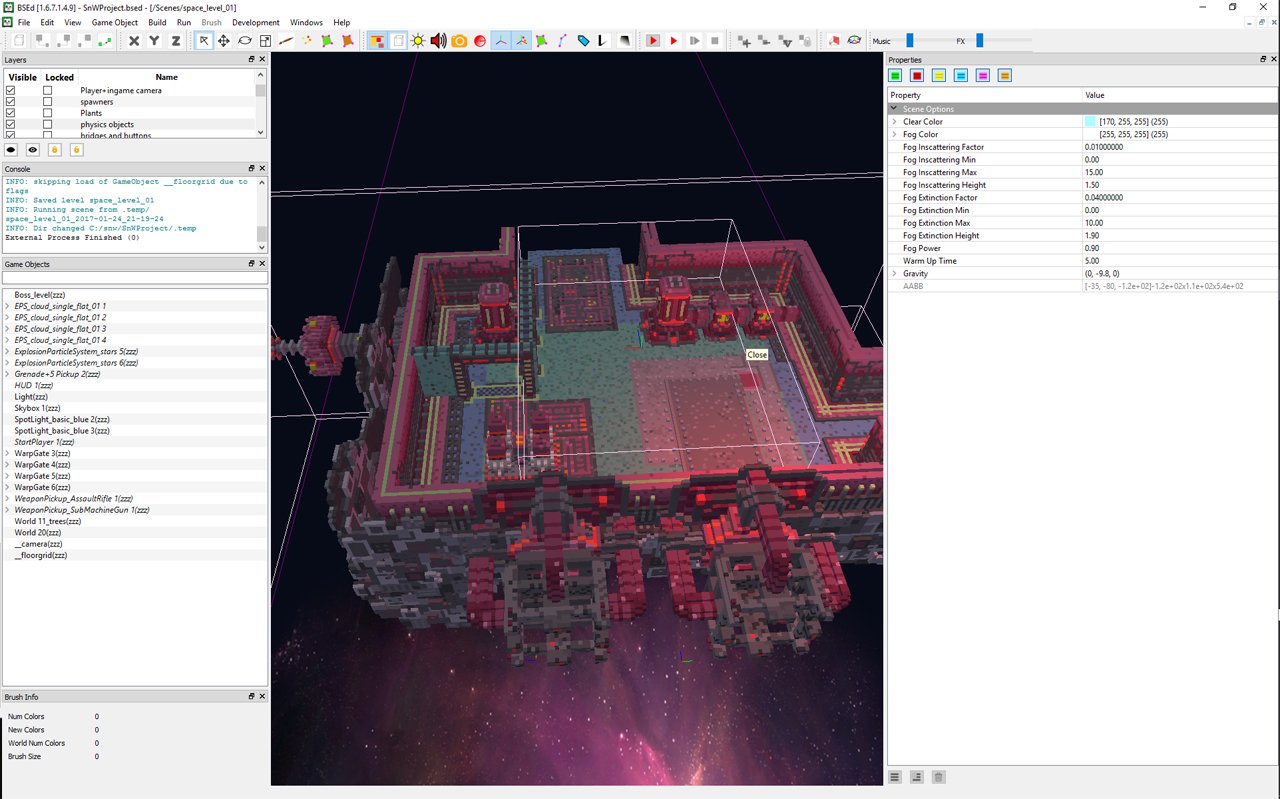 Here are various brushes (in our editor these are used to 'paint' chunks of the level, so a brush could be a tree or a section of rock, which then allows us to build up levels) These are built in Qubicle, a great third party tool I use to build these voxel chunks. 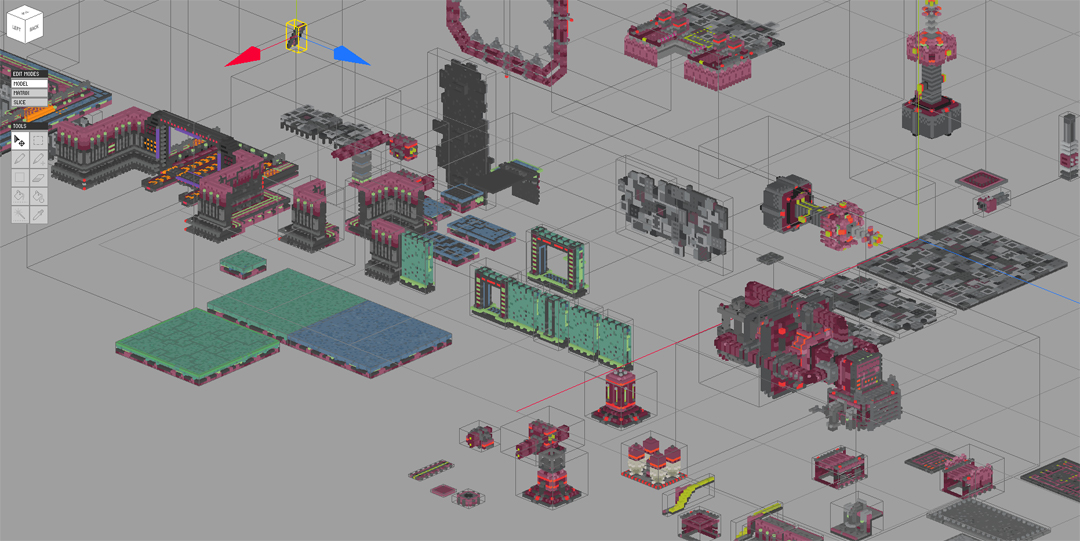 Finally a render of the finished Players main ship, this will carry beneath it the two player ships that are used in the space sections. We've been working on these two for the last couple of weeks, and with these nearing completion we can move on to the enemies ships. 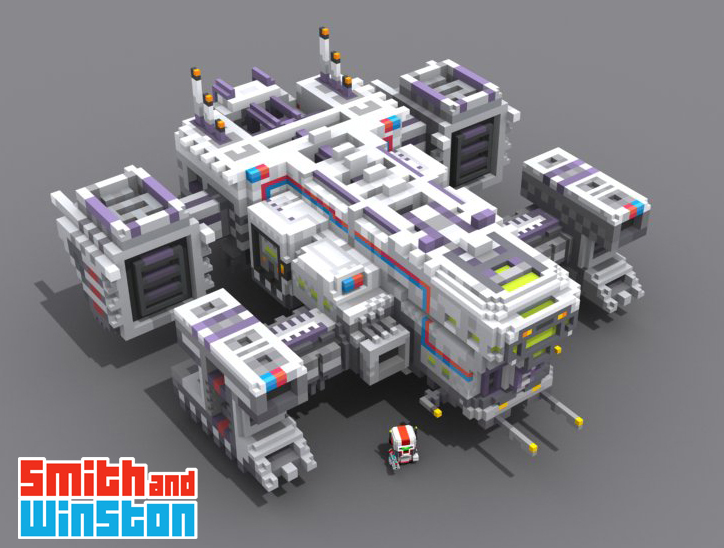 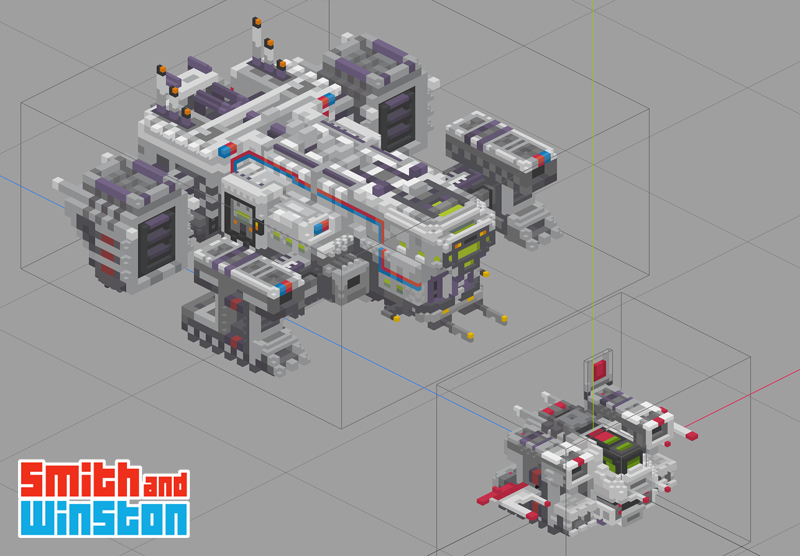 So, that brings us to the end of this update. If you're interested in what you've seen and would like to see more follow us under game watch at the top right of this screen and thanks again for reading this far too :).