Profiles for the Frenzy Targ, the Fury, and the Sentinel in Din's Curse. 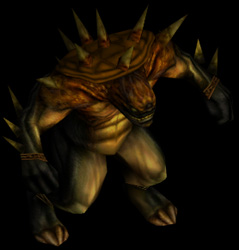 This armor plated reptile is named after its behavior when it's scared. It will go into a frenzy that makes it more powerful and dangerous while frightening nearby monsters, even its own kind. A pack of these monsters is especially deadly because they'll scare each other until they're all in a crazed frenzy. 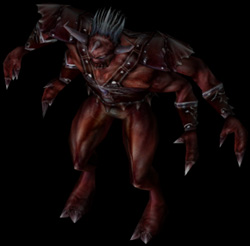 Most creatures die before coming close to molten lava, but not the Fury. They were born from it. These four-armed, red giants have pushed deeper into the underworld, perhaps from war or overpopulation. It is unknown. They are a danger to dark elf and lumen alike. 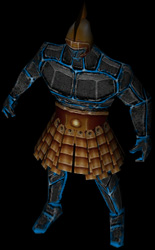 Magically created stone beings, sentinels are used as guards. Although they are slow with limited intelligence and capable of only the simplest of commands, they are very strong and difficult to harm. Sentinels aren’t inherently good or evil. Used by lumen.