Concept art and updates, getting closer to the next pre-alpha release.

Back with another update , I wanted to share some concept art with you and give you a run down of whats been developed and whats still in the pipeline.

- The player now grows hungry and thirsty at different rates , once the hunger or thirst is too high the player begins to lose health.At the moment the player can regain health and stave off hunger and thirst by collecting water and dates , this system will expand to include other food items some of which will change the rate at which you grow hungry or thirsty. At the moment the UI consists of debug messages that spawn in front of the player at the appropriate time , UI is a tricky thing to design for in VR.

- Groundwork for the crafting system has been laid out and there should be a prototype done by weeks end, expect to see a video update once this is done !

- Various mesh assets have been detailed and there is quite a back log of meshes , all of them awaiting detailing and texturing in Zbrush.

- More concept art is in the works ranging from player designs to starting area and creature designs, right now there are only sketches and thumbnails for those but once they're more fleshed out you can be sure that they'll be shared with all :)

I do hope that you all enjoy the concept art below and if you're interested please feel free to track the project , more updates are coming and myself and the other team members love the feedback :)

Player Outpost Building Concepts:
In Atajrubah you are able to build outposts in the desert to use as home bases,store your equipment in, raise animals and farm food in. 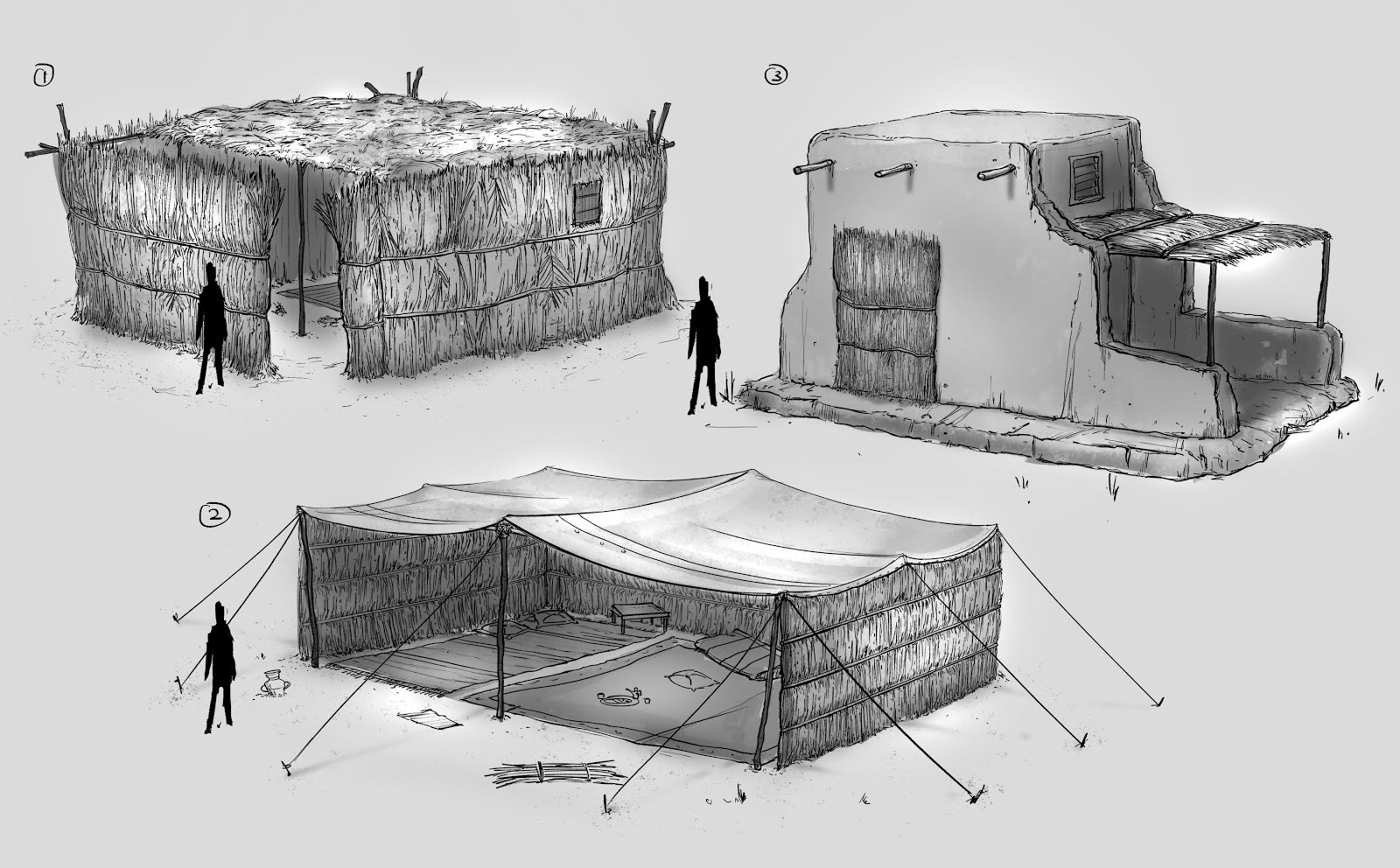 NPC Guard Concept:
The world is a dangerous place and to keep whats yours yours , you may have to hire guards to defend your outpost,escort you through dangerous areas or maybe just the bazaar.For this there will be an easy to use tiered guard system. 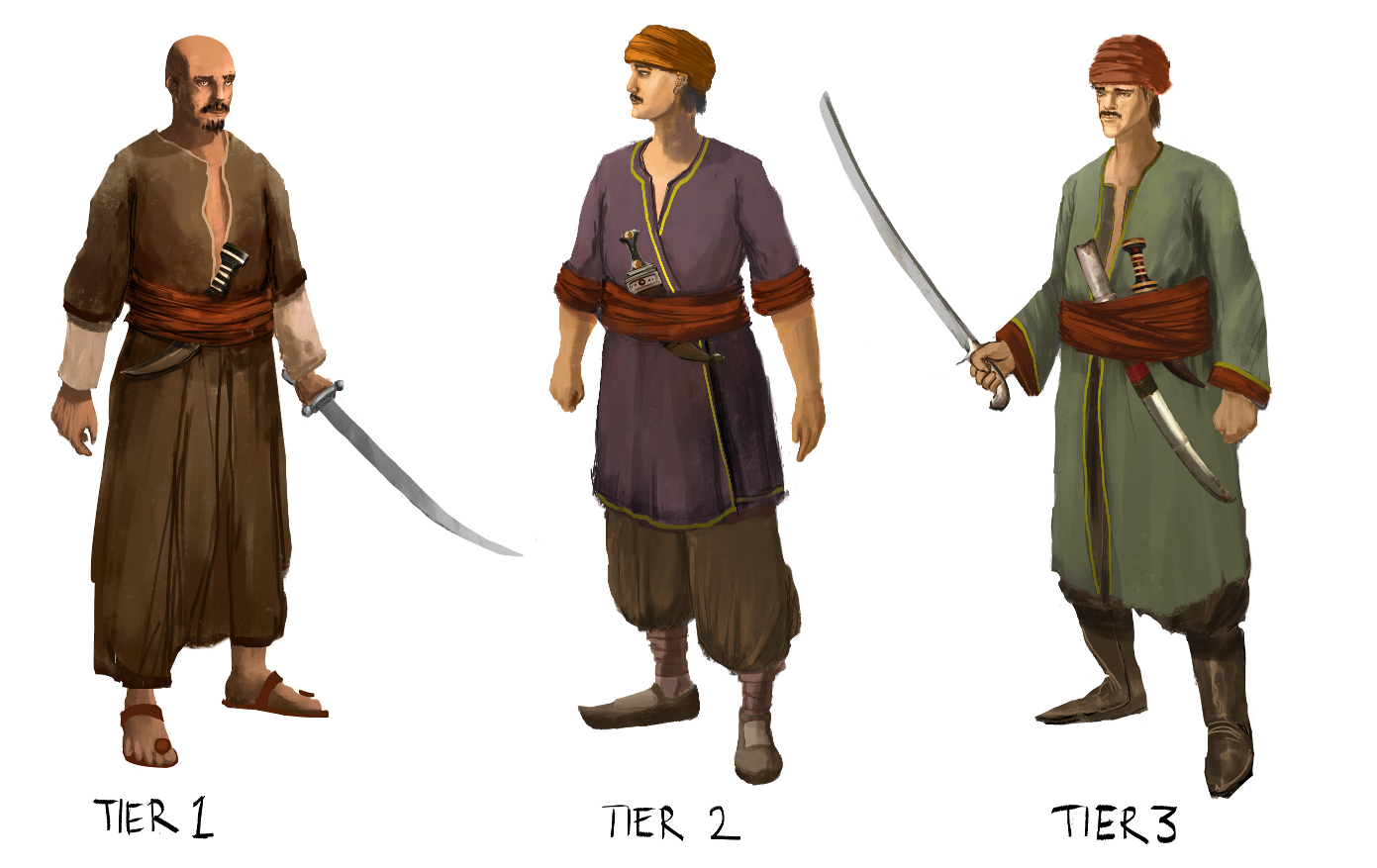 Coastal City Environment Concept:
A dynamic piece created by the concept artist to illustrate a coastal city , a new environment for the player to explore as one of the stretch goals of the soon to be launched funding campaign.

niiice looks good the fact that crafting and farming is in the game is really good i think and is something that more games should have.
Are there other rpg-like elements like character customization and many types of clothing/armor?

Thanks for the feedback Harybao !
Player customization certainly is a long term goal for this game , initially a lot of the character's appearance will depend on the kind of life they lead in-game and will be coincidental.

With regards to clothes and armor once there is a simple yet effective crafting system in place , its simply a matter of expanding the list of crafting recipes to allow for many types of clothing and armor.Though I would like to avoid power creep by keeping the strength of such items limited to the strength of the materials used.

A bit of a rant but I hope that helped answer your question :)

Np
Nice thats cool I hope you get it running soon, many different clothing types always makes games more fun imo
ok yea that makes sense since it takes place in the 1930/40s so people didnt really wear armor then