It's a summary of goals achieved within the first day of #ModernHot development.

Good evening, this is Tom and Kate. Tom and Kate are mannequins, and they're peacefuly having a good view in art gallery. 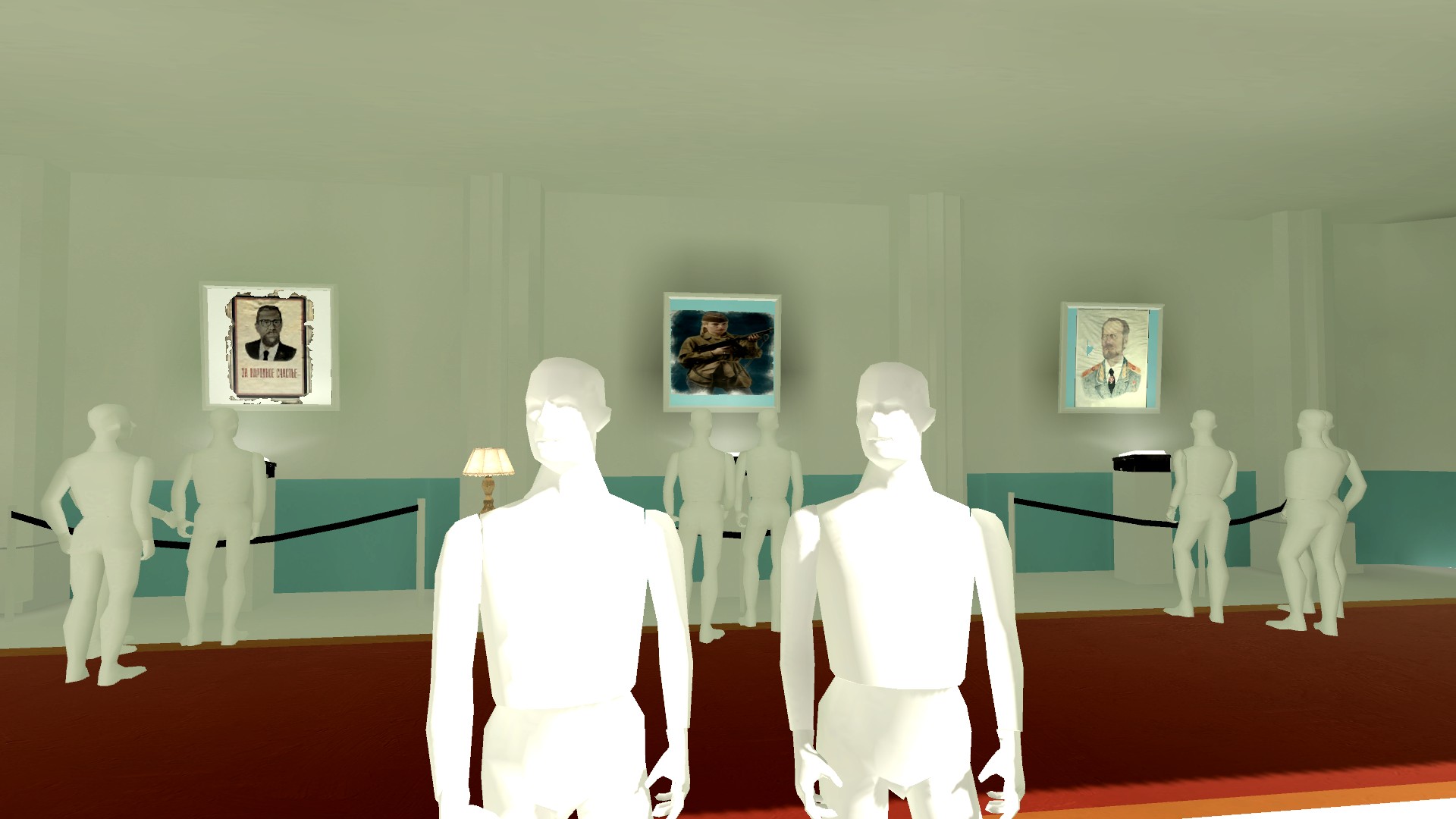 There's nothing to look at the middle photo on the wall, keep scrolling down!

And these below are also mannequins, or... were they? 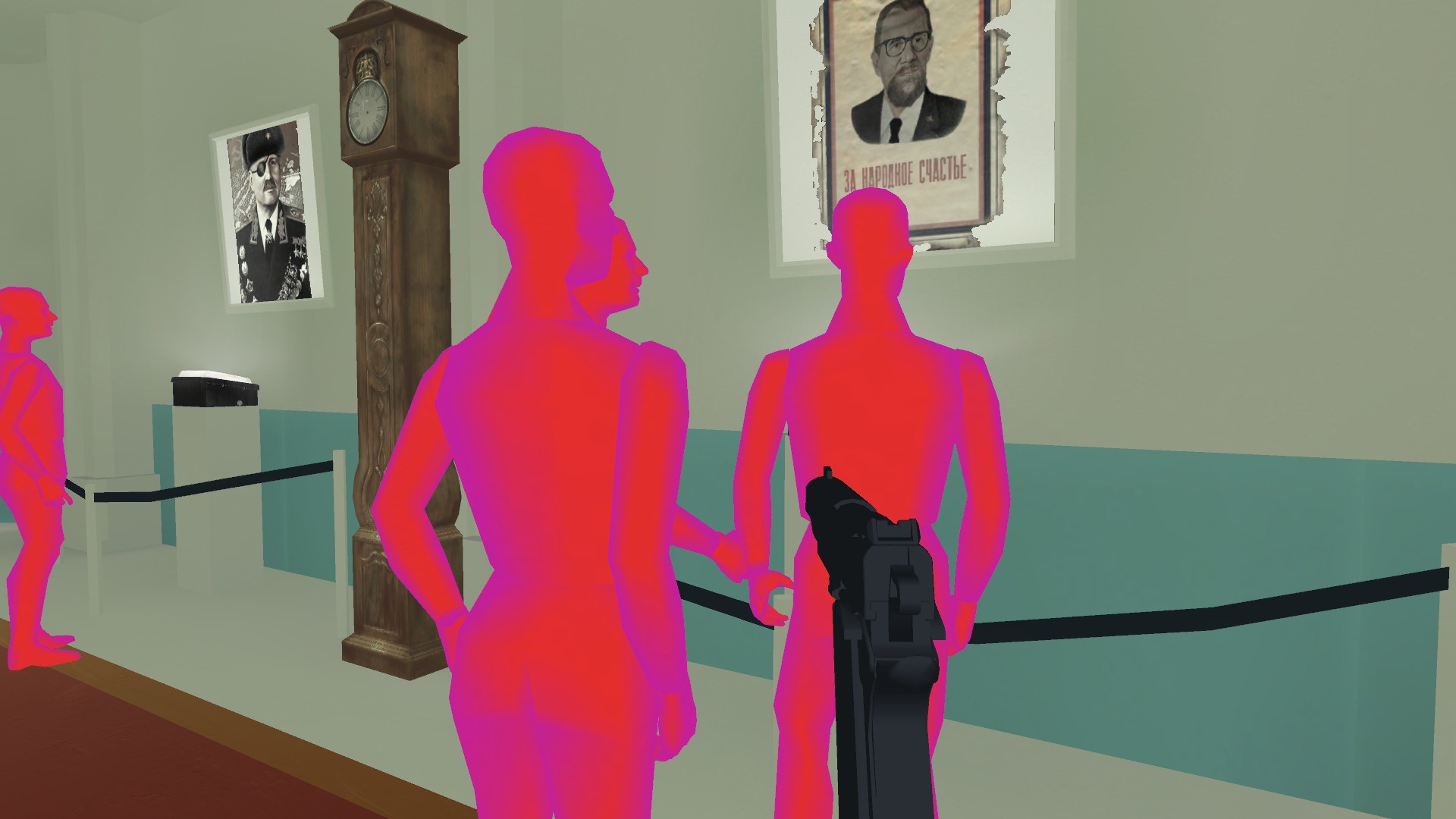 This is the second news about #ModernHot development and I'll try to summarize my current achievments, goals, and I'm going to share some of my ideas about this mod.

First things first - you have seen that I've added mannequins which may shape into enemies when not treated properly - be good to mannequins or become one.

During these busy hours I was finally able to do more fixes to the AI that make it use new weapon types properly. Untill now every bullet weapon in CoD4 was hit-scan only, meaning that anytime you fired a bullet it would hit enemy or surface immediately. I had some hard time making the AI learn to fire weapons that fire "bullet" entities which travel over time. The AI may predict where you're heading and will fire a bullet in direction where you might be in near future - distance, bullet speed, and player velocity is taken into calculation where to aim the weapon to kill you, you have to be more careful than even and lets hope you get to this screen less often: 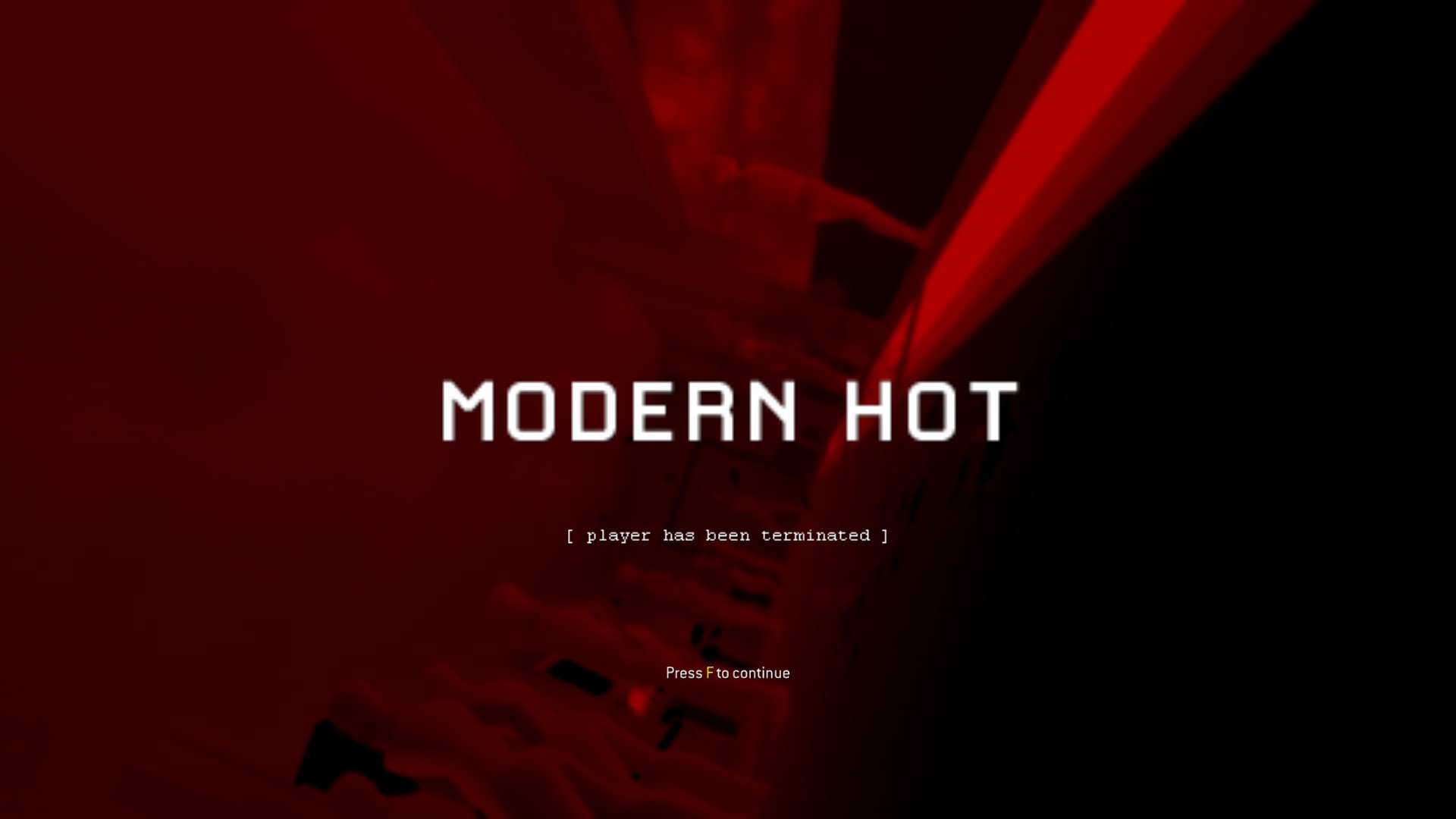 The most common enemy will most likely be humanoid mob with pistol, he's not the smartest and is slow to change position, what he does best is sending you many "F*U in .45 ACP" without thinking about taking cover when you 'reply' to his 'messages'.

I also began working on a diferent enemies, some that are not humanoid but that doesn't mean they will be less hostile to you. Every type of enemy has its strengths and weak points. Some will try to ambush you, some will distract you to let their friends attack you from other sides, some will jump at you from above... But what will you do when you see a bunch of chickens charging at you? 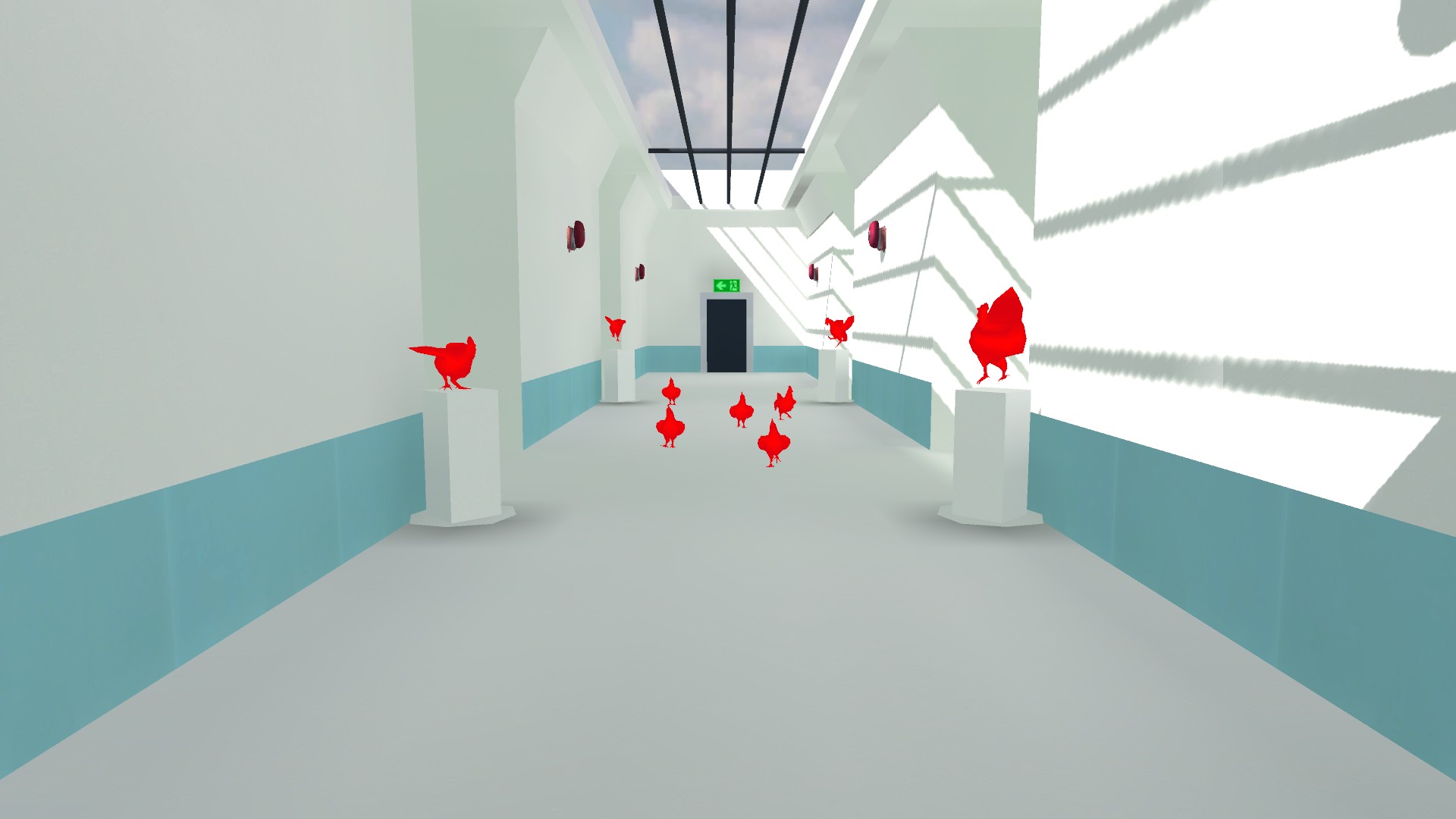 We better run away from that door which leads to KFC ;)

These little fellas might want to stab you, or worse - commit suicide by exploding when they get very close to you to tear you apart, deal them with caution and use them against all the other enemies.

I hope it wasn't boring at all, good luck and watch for updates (and chickens too) ;)