Welcome, and thanks for checking us out again here at...

This time around, we're going to be revealing the details of our principle infantry units for the Spartan faction. The first one to be shown is one that you've probably glimpsed around, either in our forums or on our Moddb profile. The unit in question is the Hopilitai ekdromoi. 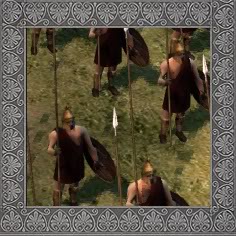 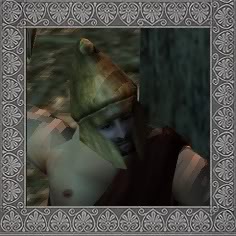 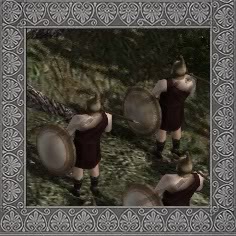 A group of Ekdromoi waiting orders in battle formation. Elsewhere, another group of the Ekdromoi prove their worth as forest-fighters and a third keep watch over a road.
The Ekdromoi (that's plural - the singular form is ekdromos) were a long time in the making. They were a type of lighter-armoured Hoplites expected to exit the phalanx and skirmish with the enemy Peltasts, scout out ahead of the army, and hold off opposing Hoplites until their own phalanxes could arrive and fight them themselves. Ekdromoi were experimented with heavily by Athens and other poleis in the Peloponnesian Wars, and being a relatively new innovation on the battlefield they did not arrive to Sparta until about midway through the second War. To represent this in TPW, they will not be available to be trained by Sparta until an Agoge structure reaches the second experience Rank. However, due to its more progressive nature nature, Athens' Barracks structure will have Ekdromoi available from Rank One.In TPW, the Ekdromoi will have two abilities, both of which they share with the Hoplites: the Hoplite Run and Phalanx/Open formation. The Hoplite Run will only be available when a unit is not locked into phalanx. To counterbalance their lack of unique abilities, the Ekdromoi will be very effective when fighting other "light" troops - peltasts and other ekdromoi, getting a skill attributes boost towards them. 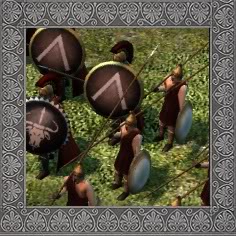 Several phalanxes of Ekdromoi and their heavier-geared Hoplite cousins await orders from the Lochagos.

The next unit to be covered... actually, that would read better as, "reviewed", is the Hoplites. Since their appearance in our first update, they've undergone a few changes. While at first they may have been shown off as an elite infantry unit, now it is clear that that is not the case. As in history, Hoplites will be the most capable soldiers on the field, but also the most mundane. They'll still have great defensive and offensive values, as well as a plethora of abilities, but their weaknesses will be easier to exploit and without other unit types, they alone will not win you battles. Despite that, they have two new abilities that will help them be a bit more self-sufficient: the Spear Throw and Paen. Unlocked through the Spartan Spellbook, the Spear Throw will be a powerful distance-attack used to soften up an enemy before closing with them in melee combat. Also unlocked through the Spellbook, the Paen is a war-chant used by the Hoplites to maintain order in their ranks and cause fear in the hearts of their enemies. As before, the Hoplites will have the Sarouter, Xiphos and Linothorax upgrades available to them, and the Hoplite Run, Paen and Phalanx/Open formation abilities. 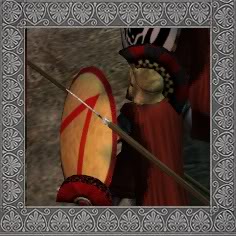 A Lochagos inspects the arms and armour of a Hoplite phalanx before they head to war, his kopis drawn.

You may have spotted this unit in our media as well - the Lochagos, or Spartan Captain. Lochagos were men educated further in tactics and strategy at the Agoge, usually related to the noble families, and were expected to lead the phalanxes into battle from the front ranks. In TPW, the Lochagos serves as a mobile rally point, inspiring nearby troops to greater deeds and tenacity. With the purchase of a certain Power from the Spartan Spellbook, the Lochagos will be able to command a group of Hoplites to bring their shields together and create a wall made nigh-impenetrable to missile attacks, distracting enemy Peltasts and archers until he or another enterprising commander can attack their foes themselves. Additionally, the presence of a Lochagos can nullify the ill effects of an enemy Paen towards those nearest him. Due to the quantity and quality of training a Lochagos, they will not be available until an Agoge has reached Rank Three. 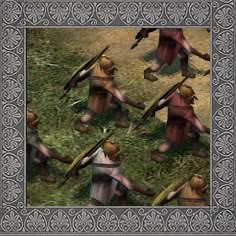 A double-phalanx of Hoplites cover a group of Helot Peltasts, who are busy themselves peppering their enemies with javelins.

Of course that brings us to the next unit in our lineup, the Peltastati, or Peltast for short. In Sparta the Peltasts are distance-fighters, usually conscripted Helots or low-class non-Spartan men, used to skirmish with the enemy and scout ahead of the army alongside the Ekdromoi. The first Peltasts to be fielded in Greece were Athenian-paid mercenaries from Thrace, who fought wearing no armour but their clothes and a flimsy, crescent-shaped pelte shield. The Greeks copied their traditions and made them their own, seeing how well that light infantry could serve in the Greco-Persian Wars of the early Fifth Century. Following a little experimentation, they were introduced by Athens' military to great effect in both of the Peloponnesian Wars - at one point a group of Athenian and paid Thracian peltasts utterly destroyed an entire phalanx of Spartan Hoplites! 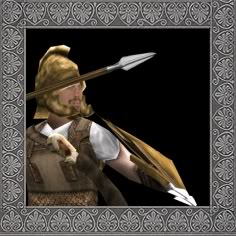 A render of the Peltastati, in basic and upgraded form.

In TPW, the Spartan Peltasts will only have their javelins and shields upon recruitment, but can upgrade to get higher-quality armour and a kopis sword to use in dire straits. They can also upgrade their javelins with amentum, throwing strap than increased every aspect of their effectiveness threefold. Being the only ranged unit available to Sparta, they are recruit-able at a Rank One Agoge, and make for good scouts. But there are better alternatives, as you can see below...And here's a sneak peek before we close! 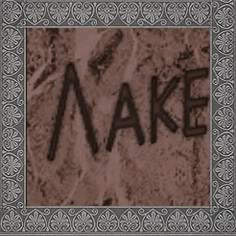 This update's sneak peek is one of a familiar face...