News and Media on some of the new effects and Orange Box features in 2.3. These include: Soft Collisions,Steam Community Integration,New Shader Effects,Color Correction,Coin Trails,Facial Animation,New Particle System. Also a Sneak Peak at next week's news.

As promised, we're excited to bring you news today of some new effects and Orange Box features included in PVKII Beta 2.3!

Some of the new features you can expect from 2.3 include:


Soft Collisions
We've added soft player collisions to make it easier to get around, without constantly getting stuck on teammates - especially those who like to block doorways. Full clipping will only occur on enemies and when a teammate of yours has either the grail or a treasure chest. This will keep players from running through teammates while escaping an enemy in tight places, not allowing for pursuit. Soft collisions are so nice in a fast paced melee game like PVKII and we know you'll love them!

Steam Community Integration
With 2.3 comes Steamworks and Steam Community integration. What this means is players will have access to achievements and automatic updates, as well as be able to show their Steam Name and Icon on the scoreboard. We have also set it up so we can integrate certain features with specific Groups in the Steam Community. Make sure you join PVKII's Official Game Group so you don't miss out on future surprises for group members only!

New Shader Effects
The Orange Box engine has allowed us to set up some nice shader effects and proxies. This includes more realistic eyes and blood on weapons that have been used in battle. You'll also notice the players will have a more realistic look to them, including the Heavy Knight's shiny armor! 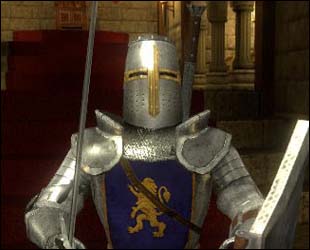 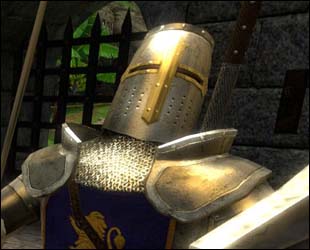 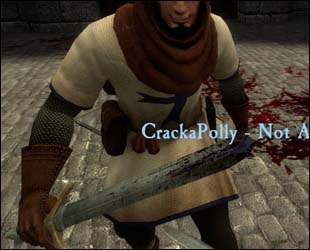 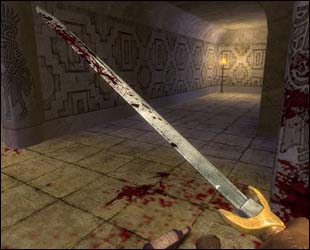 Death Vision
Colors seem to bleed out as death approaches.

Berserk Vision
As the Berserker's heart explodes with rage, his vision turns a bloody red. 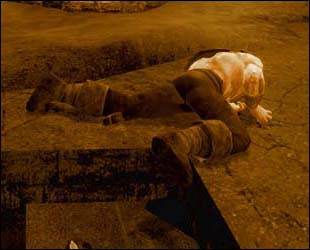 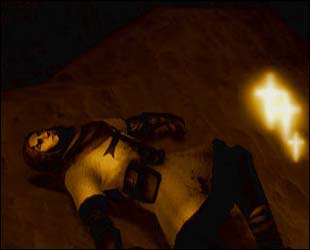 (You'll notice the enemy's body will glow, keeping them from hiding in dark places!)

Coin Trails
A new treat in the booty game mode is the coin trail. As enemies try to escape with your chests, you'll have an easier time tracking them down by following the booty trail! Better be quick though, the trail fades out after a bit.

The hunt is on! 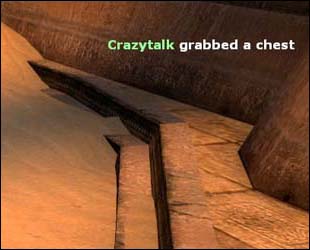 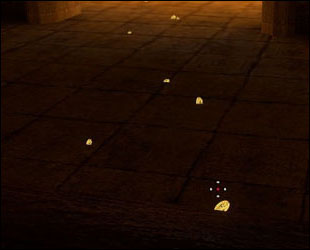 Facial Animation
We've also been hard at work updating our player models to integrate with face poser software. Expressions in 2.3 will match the state of the player's combat and health, while his lips synchronize to his taunts!

Particle System
With the Orange Box port comes an amazing new particle system. This system allows for some awesome effects that weren't possible in the old engine. Flames look a lot cooler, dust particles can float and fall around, even the wick of the keg has a cool new look to it!

Check back with us next week for a look at some of the new particle effects and facial animations being used in 2.3. This will include video of the new Sudden Death effects in Arena and Cathedral, as well as some of the lip synchronization given to player taunts. You are no man!
Here's a little preview of what next week's post will include:

That's all for now! Check back next week and the following weeks for more 2.3 goodies!

Wow, it just keeps getting better and better!

You guys are pushing it, the graphics look better and better and the gameplay is just lots of fun!

Amazing as usual, keep up the great work

A lot of nice changes there great work.

Awesome modelling. Is the berserker meant to have a lazy eye?

Looks great, I cant wait for it

Quite an impressive load of updates, can't wait to check out the new version!

YAY, finally steamworks :D
You guys definitely deserve it, cause it's a very, very good mod!
There are players playing it, but now it'll be even more players :D

Sweet! Im loving this news, look forward to next week!

to be honest, I find vision color changes very annoying. I hope it will be possible to turn it off.

Can you guys please make the combat easier for noobs? PLEEEEEZE? Maybe try targeting, or something like a radar? Hell, even just enabling Third-Person would work!

dont ask them to change it this mod is amazing :P

Sweet! Some great improvements to an already superb mod.