That's right! The 2142 Tofu Zombies Mod 1.0 Alpha Has been released! Head on over to the downloads section and get your download right now! :D

After a bunch of testing and working, the 1.0 Alpha of 2142 Tofu Zombies has been released! This version is now free of Zombie Mod 2142 and Zombie Community mod content! New kits and updated Zombie weapons are in it too! 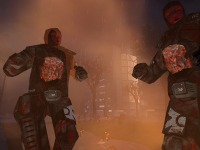 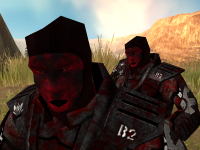 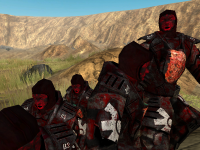 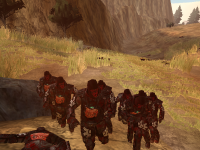 If you dont want to read the readme after downloading; then why not read it while you download? Here is the readme:

Readme wrote: Welcome to 2142 Tofu Zombies mod!!
Thank you for downloading the mod!


Setting up a server: To setup a server for the mod go into Online then Local and hit create server. Leave the team ratios at 8v8 and set the bot skill to 100 (if it is not already).

Got any servers for this?

Hi tofu you can advertis your mod in other pages for example in the ESM gamers, flot clan, bfeditor.fr and you can host a server for free

WOW the zombies look so bad....
they look like regular soldiers just covered with blood.

Ive said it before, and i'll say it again; I cannot texture at all. If anyone wants to make a better texture, feel free to. I'll add you to the credits ;)