2013 is gonna be a helluva year for Brutal Doom. See here what is coming up (includes Brutal Strife beta).

First, I want to thank everyone who voted for Brutal Doom as MOTY. Brutal Doom reached the 9th position on users choice, and also received a Director's Choice award.
Who would ever think that even 19 years later, Doom would still be alive, and having mods that would able to fight against much more modern mods made for a thousand times more advanced engines?

Second, I want to talk about Brutal Doom's future.
In 2013, Brutal Doom will finally reach the final 1.0 version. In no way this means that Brutal Doom's development will stop. I will start working on expansion packs. There will be at least 3 confirmed expansion packs, like new arsenals, new campaigns, and more. The Ultimate Brutal Arsenal may see the light yet this year, but other expansions are going to take much more time. Just be patient, and keep in my mind that I do everything alone, and I still have personal life, job, and other stuff to worry about. So, please, stop asking for a new build of the Arsenal Expansion. I will release it when it's done.
The 0.18 version of Brutal Doom will be the last test version before the 1.0, and I will release it in the first days of February. You can expect many new good stuff. Since there's going to be some behavior changes in the monsters, I decided to not work in the Arsenal Expansion for now, and wait until v18 gets released. 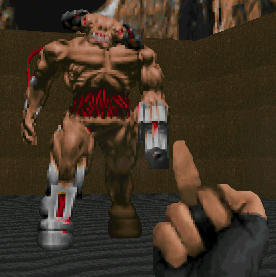 Flipping off the Cyberdemon? You better have a gun big enough to match up that ego.

Third, I want to tell you about my other projects. Did you ever played Strife? Strife was the last commercial game made for the Doom engine, and I decided to brutalize it. It's a side project just like HeXen, so expect slow progress on it. But, you can already download a very functional beta. See trailer and download here. 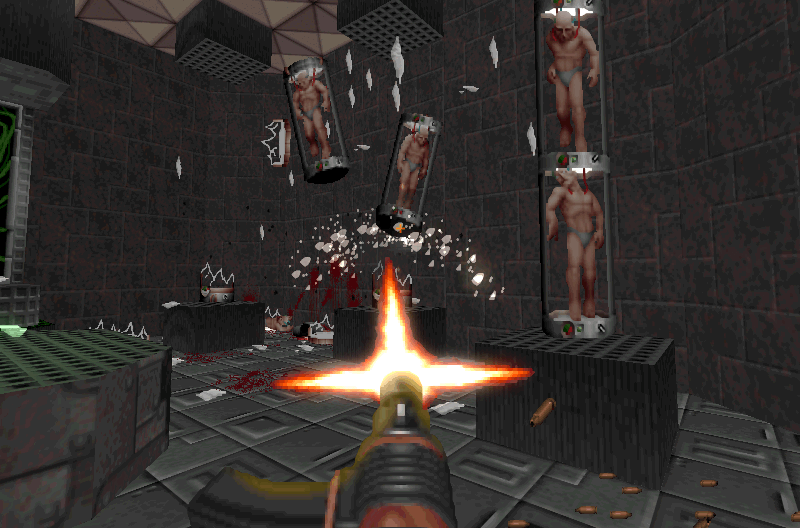 Destroy everything and spread the chaos among the Order's war machine.
Almost everything can be destroyed, and now, wooden barrels, pots, and bushes may drop ammo, health and gold. 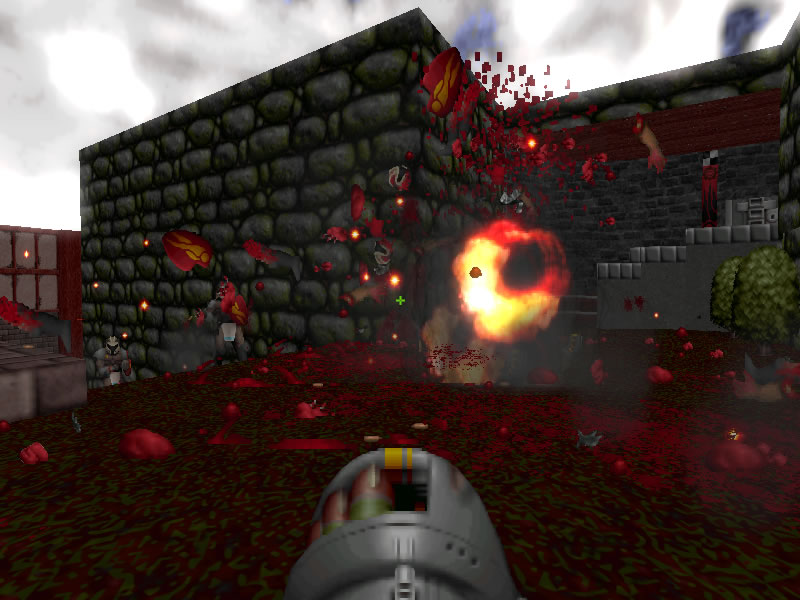 I wish everyone have a Happy Brutal 2013!

From the youtube videos I've seen, Brutal Doom 0.18 version is going to be probably one of the most complex of doom mods ever made.

Now I just wish it would have a time machine to skip the wait and be playing it now.

Keep up the work, no matter how long it takes, we'll wait.

I am not one of the people that bug you about the Brutal Arsenal, but may I request that you at least fix the bugs on the guns before you get 0.18 going? That would be very awesome of you.

Will we ever see a new version of Brutal Doom lite?

Oh god Strife was my favorite I love you SO MUCH!

Can seriously not wait for Brutal Strife and Hexen... who do I have to kill? ^_^

Lol he's like: "You flipping that thing at me, or the Lost Soul behind me??"

Doom, the very definition of a time-less classic.

Top ten out of 100? Awesome! Congratulations! Also you mentioned you may make a Brutal Heretic mod, but with Hexen, arsenal, and 1.0 already on your plate I imagine it's gonna be a while before we see sneak peeks of that.

If you plan on new campaigns, have you thought of modding the existing ones ?
I'm thinking about Eternal Doom, which is already great as it is but hard (big maps with hundreds of monsters per map), and still has some bugs in the level design. It would need some modifications to use Brutal DooM on it, but it would be even greater with it.

Take your time Sarge you always gonna be the best!
Happy 2013!!

I'm sorry I don't use social media so cannot give you a name.

But you are the definition of a great modder. Your current mods are the best for a very classic game.

Your current brutal doom in my eyes is a classic. But to hear it is only a beta brings many smiles from me.

This is the best gaming news I've heard for 2013 and beyond.

I was waiting for BRUTAL Strife.And finally!!!

hey sgt mk IV a good idea, brutal halo 1
i love doom, it would be awesome to the features of brutal doom in it
kepp on modding, brutal doom is epic
anonomas doomer

as stated in the topic of brutal doom he does not accept ideas but ideas with images of the animation you want and will be easier for him.

more now ask him to create yourself is another thing!

If anyone wants to find Strife, get it from Abandonia or idgames (it became Abandonware and now is a free game), put the STRIFE1.wad and VOICES.wad in your Zandronum/GZDoom folder, and run it with Strife (Don't run it with Doom!).