Hey Everyone! Here we are back again for Week 3 or our 2012 Winter Update!Today, we’ll be going a little bit into the actual world of Ethas. We’ve already mentioned the names of some locations already, but where are these places, and what exactly will these locations hold? 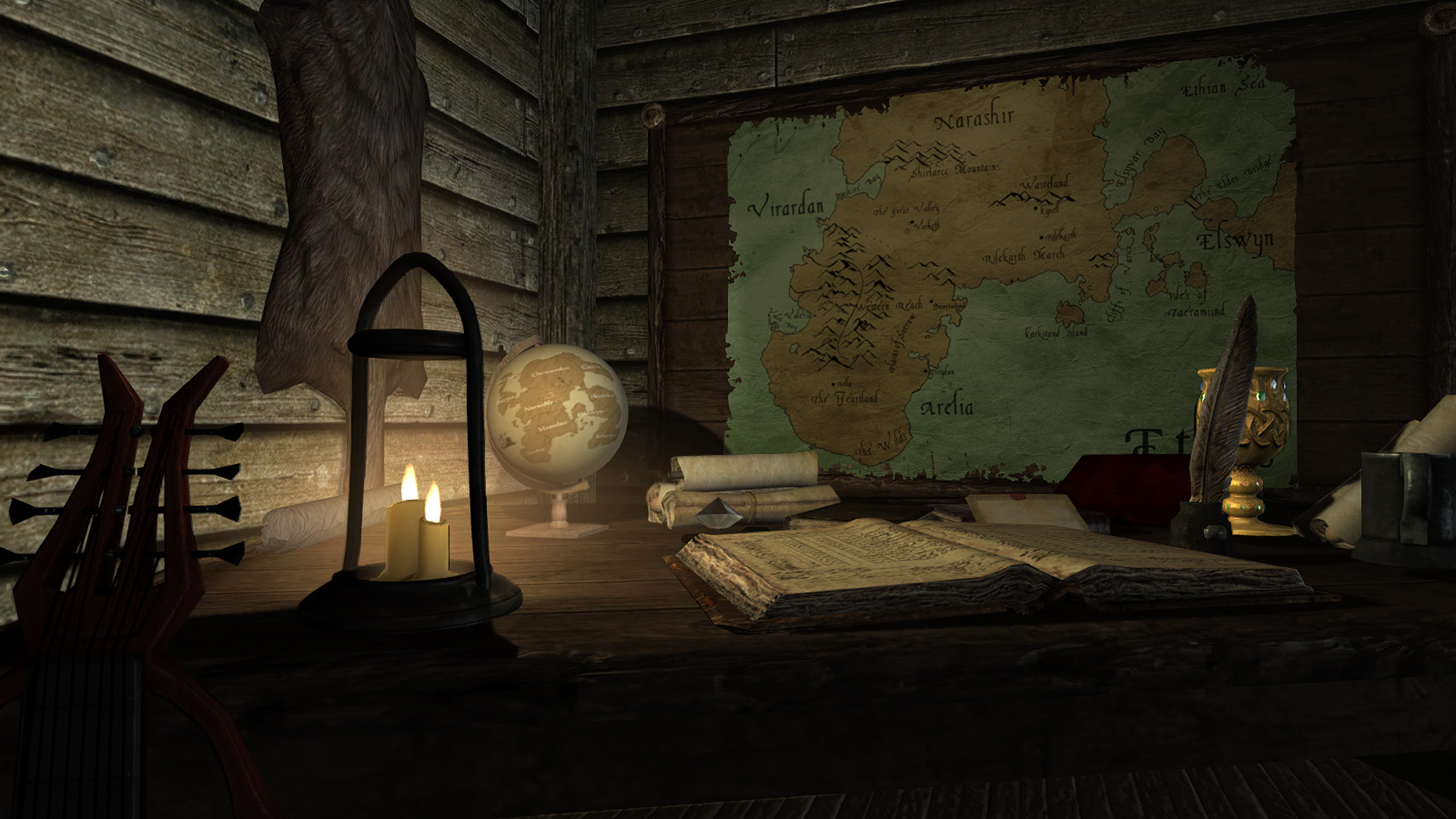 Ethas, as said before, is it’s own universe with it’s own history, lore, and culture. Current recorded Ethisian Lore and History covers almost 1600 years. Now, the culture and history of Ethas stretches back far before that; however, that time is mostly shrouded in rumor and mystery.

To give an insight into the history of Ethas; Recorded History begins with the year 281DE, DE standing for “Dwarven Era”, signifying the time when the Dwarves held a continent spanning empire across most of the Ethisian Continent. The time from 281DE to 1DE involved the dissolution of that empire. If you want to learn what happened during that 280 years, then you’ll just have to wait for Ethas to release!

After 1DE, the Arlehn Era begins with the founding of the country of Elswyn by the Eldahli. Arlehn means “After” in the Eldahli language, signifying the beginning of a new era in which the Dwarves no longer ruled, and the other races began to rise up and to rule lands of their own within Ethas. This is the current era in which Ethas; Embrace of Destiny, takes place, starting in the year 1309AE.

Throughout Ethas: Embrace of Destiny, you’ll get to read and explore upon these close to 1600 years of history of it’s countries and it’s people.

The known world of Ethas, located on the Ethisian continent, is currently comprised of 10 countries.

Arelia - Homeland of the human race, which once encompassed the lands of Virardan as well, before being split by civil war.

Cairn - A mildly temperate country known for it’s many mountains. Cairn is homeland to the Ceolen.

Elswyn - One of the homelands of the Eldahli, the first country to be established after the dissolution of the Dwarven Empire.

Ithanon - The second homeland of the Eldahli, known for it’s dense jungles.

Narashir - Home of the Ashir-Kai, mostly comprised of large, arid, rocky, and dry terrain and desert.

Osmarden - A mostly cold, mountainous, and icy country. Osmarden is the homeland of the Dwarves.

Parthus - A country established by Dark Elves located north of Sarys in order to escape the brutal slavery of their people by the Ashir-Kai early in the Arlehn Era.

Virardan - Once part of Arelia, but became it’s own country after a civil war.

We hope you enjoyed this update, come back next week for our final update before our big 2012 Winter Update on January 3rd! Also, as mentioned in last weeks article, we are once again doing a podcast for this update, and if you have any questions, feel free to ask!