Schlicht was nominated for the Ubisoft BlueByte 'Newcomer Award' at the german developer price 2014 and won the 1st place!

We are very happy to annouce that on the 18. Dezember 2014, Schlicht won the first price of the Ubisoft BlueByte Newcomer Award! 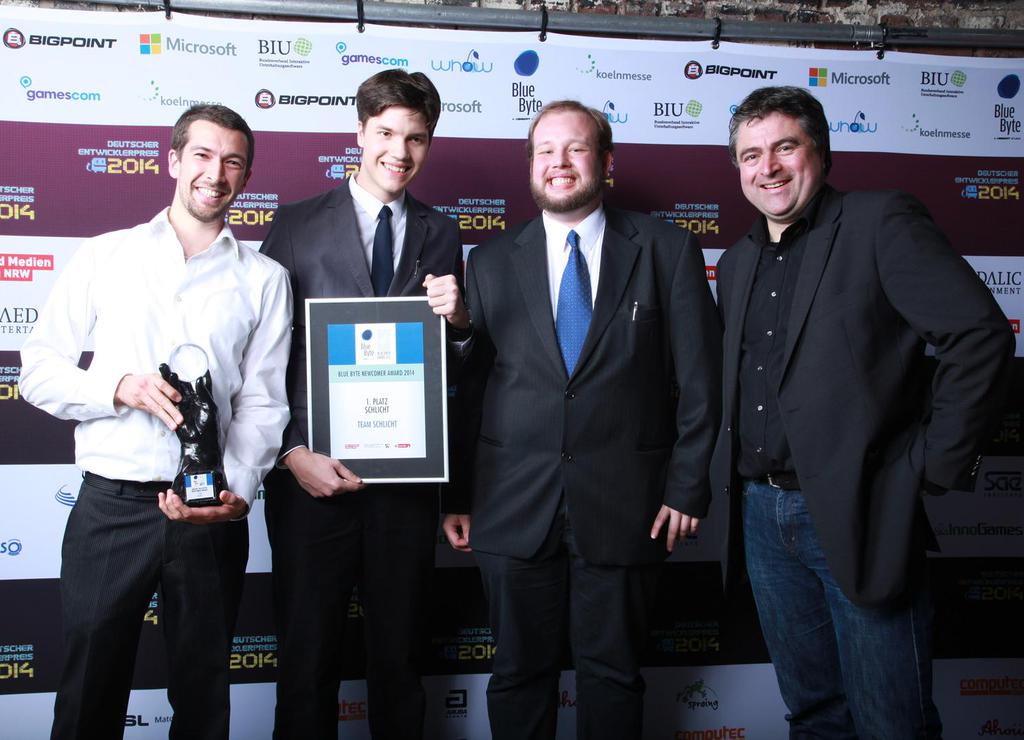 We didn't expect to be honored with such an amazing chrismas present! We want to say a big thank you to the Studio BlueByte, all the people which made the german developer price possible, as well as to our community of developers in Switzerland.

The price gala is on youtube, it is in german though:
Youtu.be