During all the time of silence, we have reworked and understood a lot. In this post, we would like to tell you a little about some aspects of Citrus development and share information regarding the very lore of our mod.

During these months, we were able to build a certain concept of our mod from which we will already build on. The stage of writing the main script - passed. So, we are happy to announce that we have already started working on maps and content creation. At the moment, the first maps for the demo version are ready. But we still have to overcome many thorny stages of development. 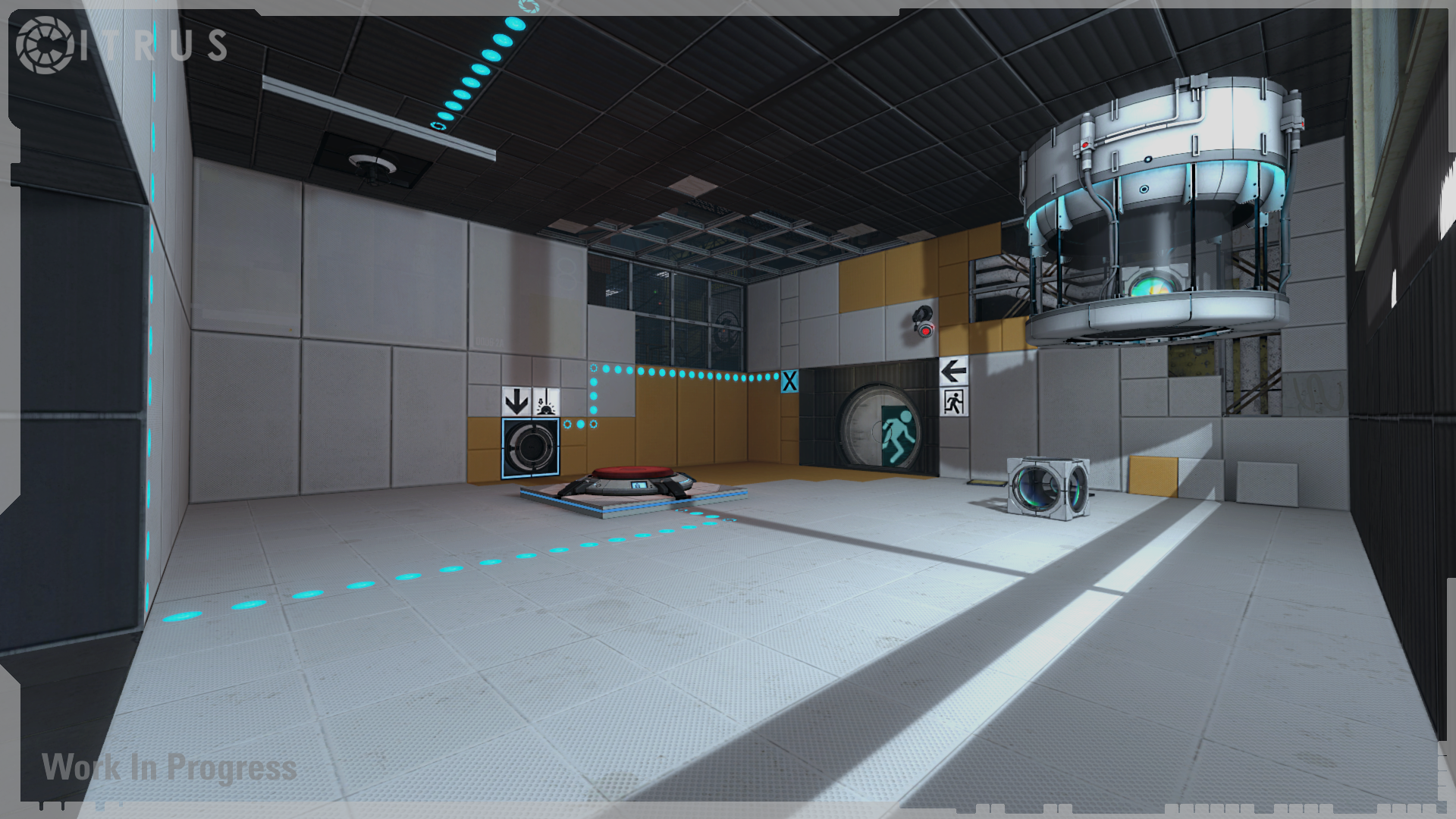 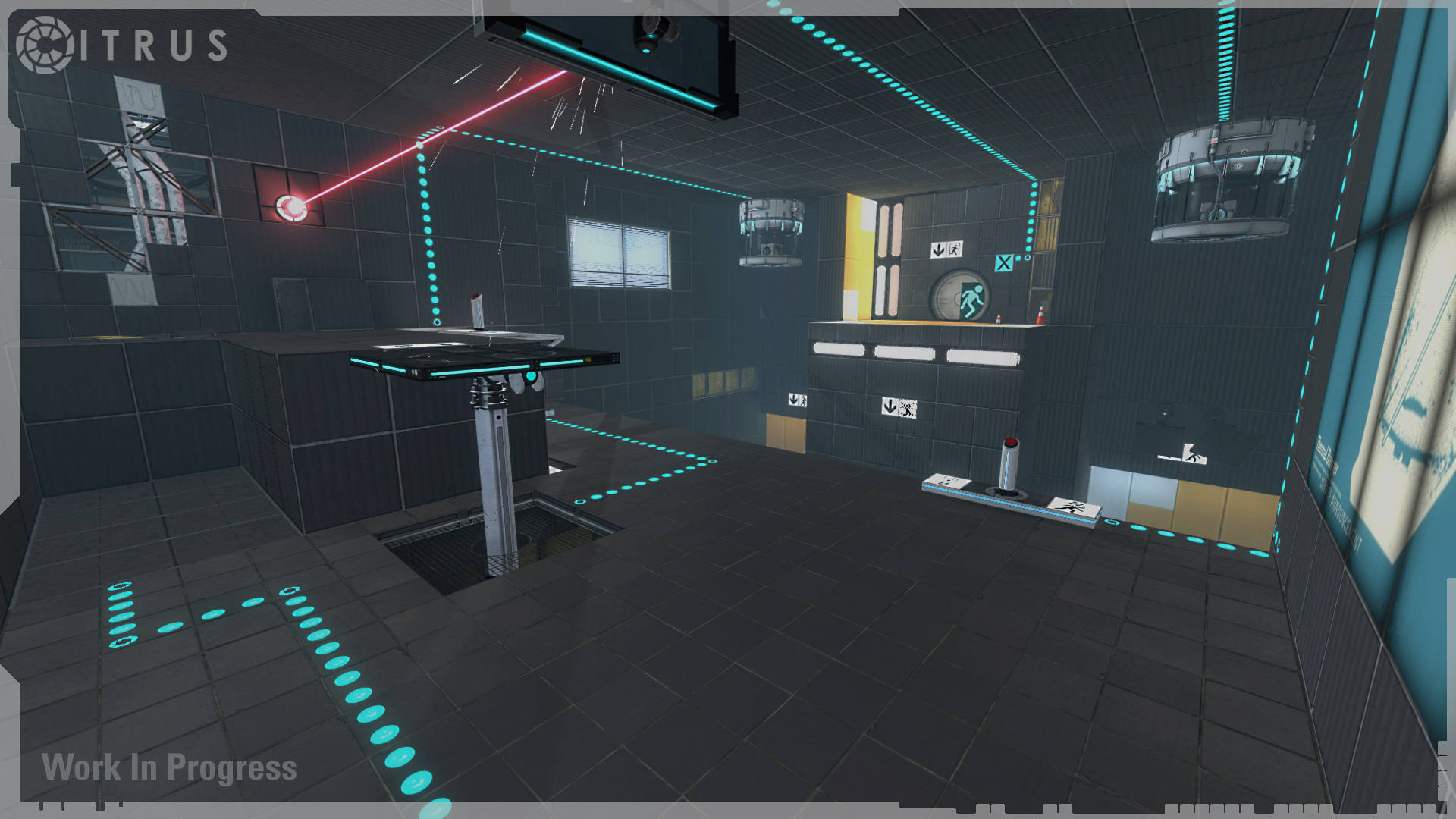 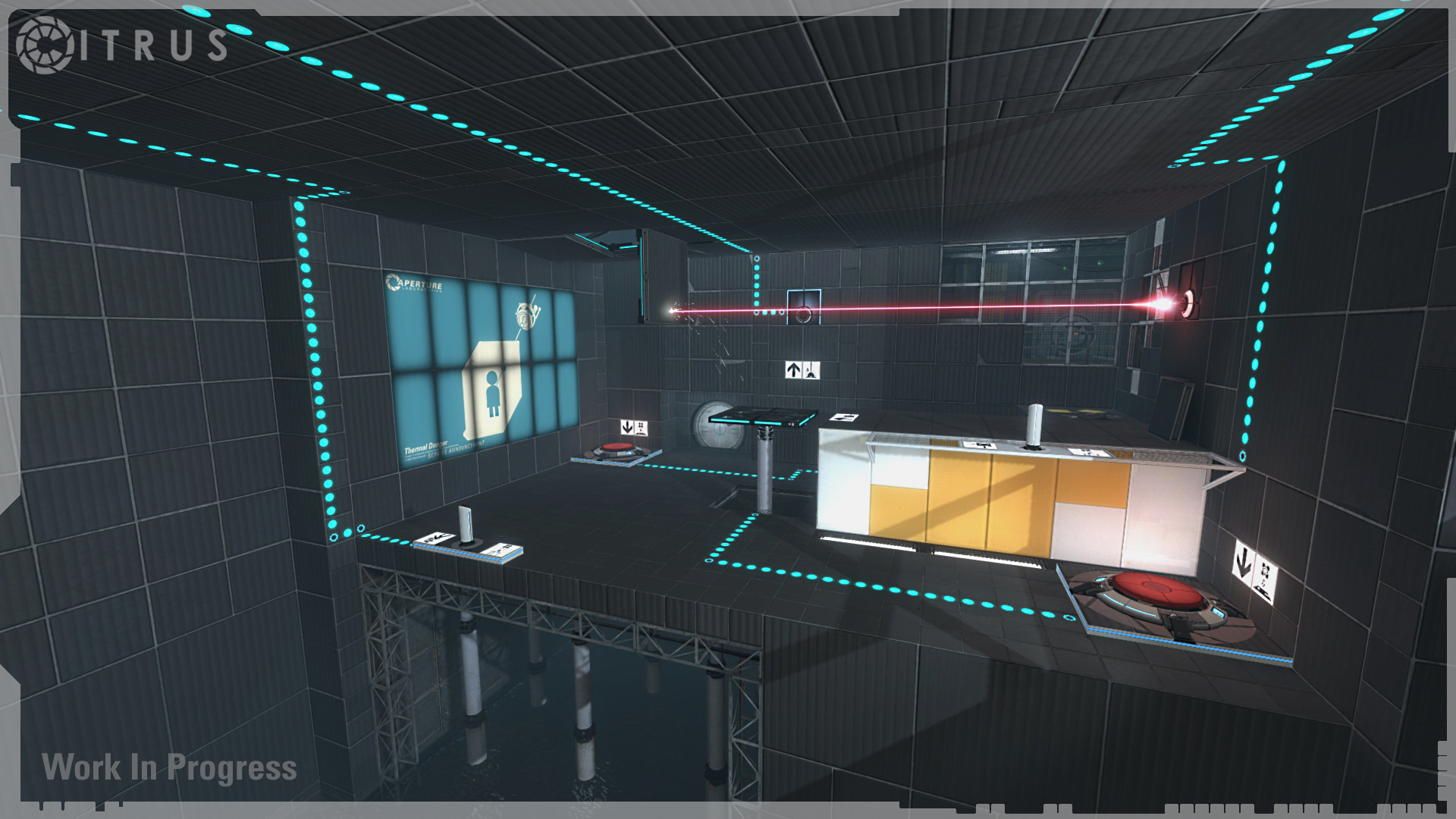 Talking about our team.

The main thing in our team is a friendly atmosphere. Thanks to this, we get together every day and do the modification. The team is fully staffed and at the moment we are not interested in new employees.

We thought it unfair to keep you confused and to keep the details of Citrus lore secret. This is what will be discussed now. We will reveal to you new details of lore.

ASQTD-03P - a prototype of the same portal device from the series of games "Portal". This prototype was created in 1988 year!

Fun fact: in 1989, Aperturе Laboratories created many color variations for this device.

Jusers Brothers is a new company in our mod, founded in 1972. The company specialized in the production of drinks in the United States.

The head of the company takes a risk and decides to collaborate with the Aperture laboratories in order to save the company from ruin.

In the course of cooperation in 1984, new drinks with different tastes were created and the "Citrus" project was launched.

"Citrus" is a new test route created to advertise a range of drinks.

In 1992, construction began on a second track in new laboratories, but in 1996 there were numerous complaints about drinks with parts of the propulsion gel. The gel affected the metabolism and people grew old quickly. 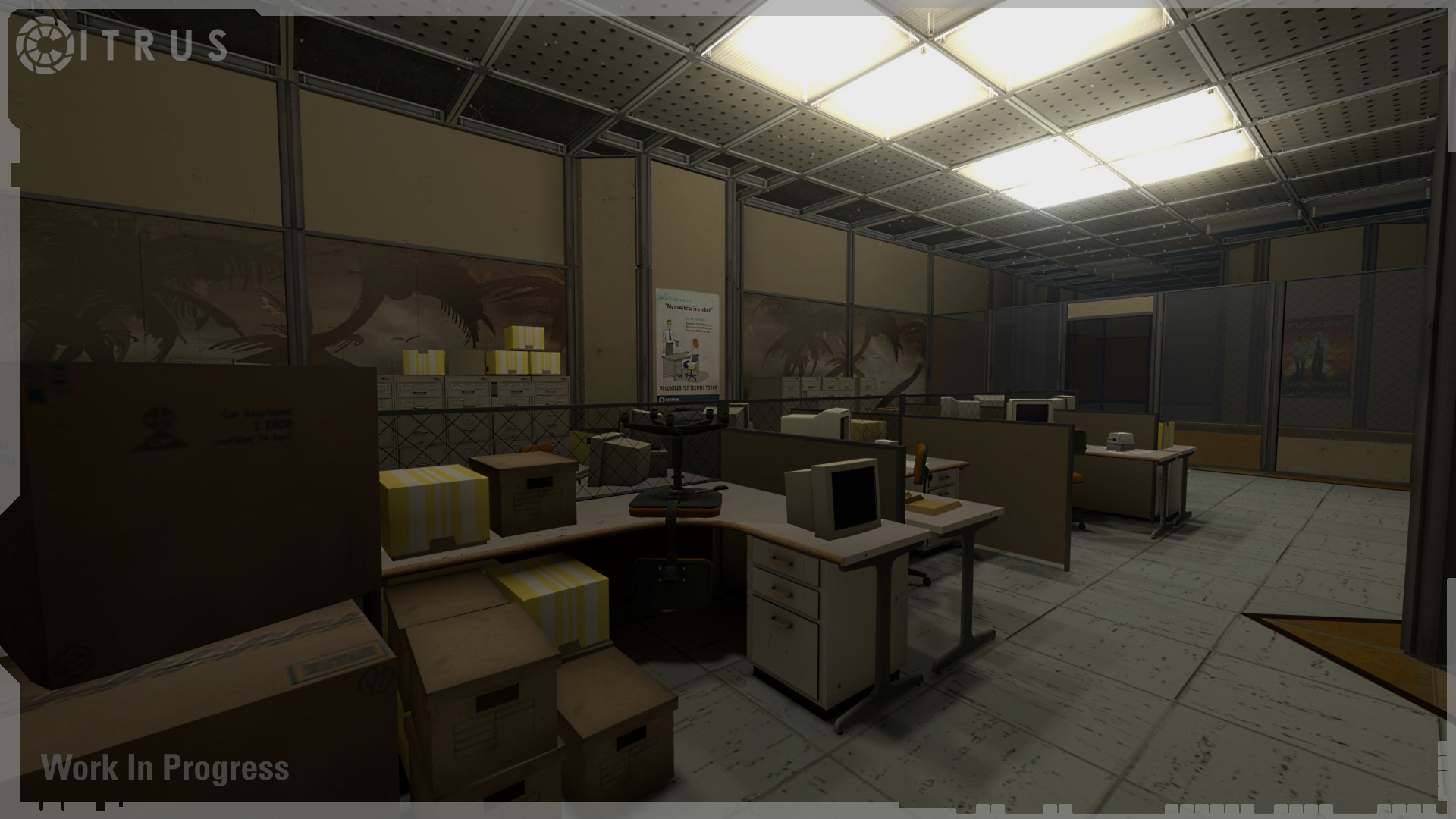 The construction of a new testing track is stopped, the project is closed. In the process of litigation Jusers Brothers was declared bankrupt.

With the money raised, Aperture continued to build new laboratories.

At the moment, our goal is one - to finish the mod. The mod will have its own voice acting, music and storyline. We plan to release a demo version of the mod in early 2021 with initial maps in order to attract the audience to our work. 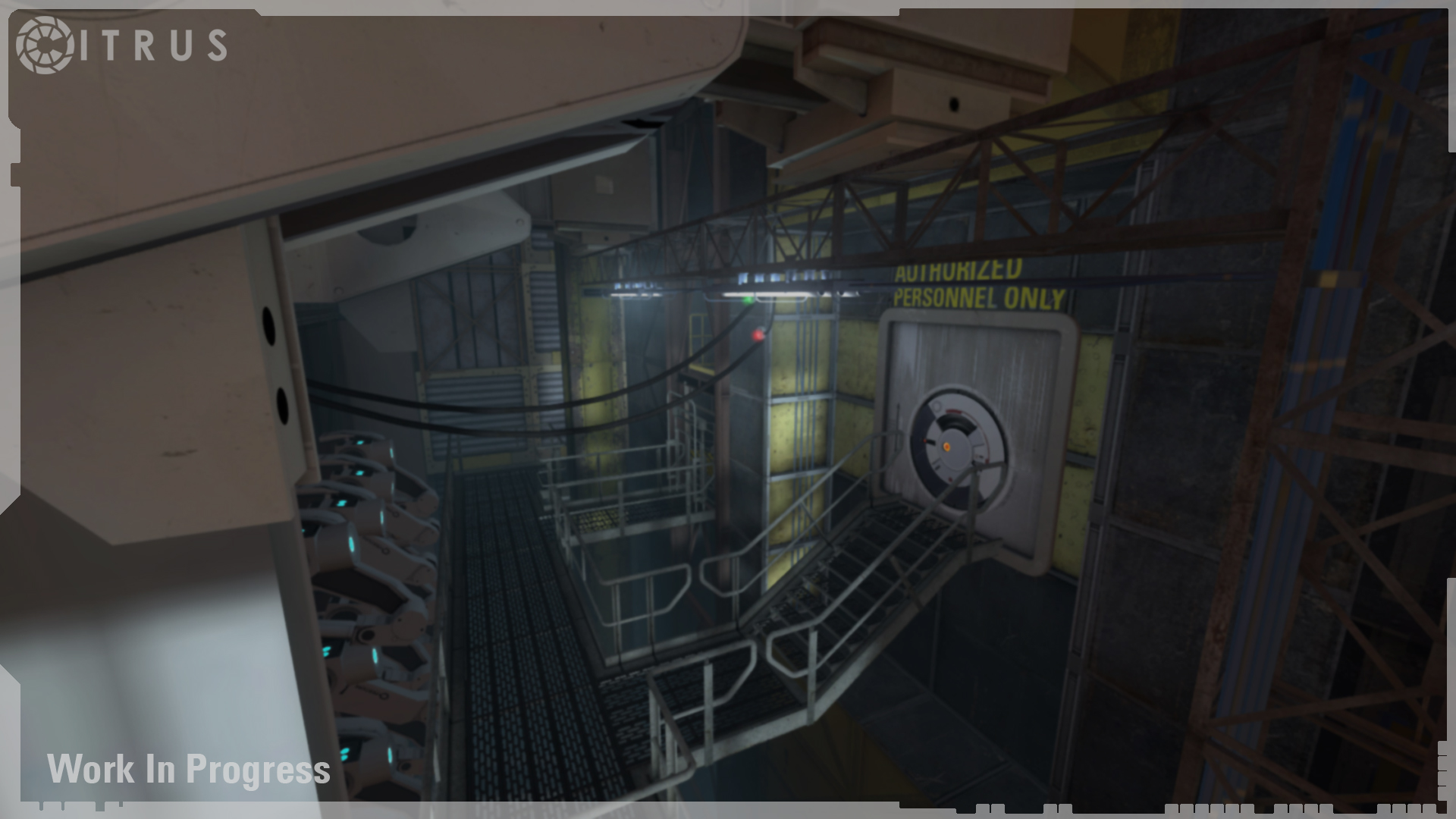 The release date of the mod itself, unfortunately, so far remains a mystery for ourselves.

Quick question do you guys need play tester or are you not at that stage yet?

Sorry, but we already have a playtester team and its completed. Thanks for your offer!