In the last news i promised you some information about the main races ingame. So here is a bunch of new things like Races, Mining System and Screenshots.

2. Slark
The Slark’s are some kind of machine and robot-like humanoid’s. Sounds strange? Try to imagine somewhat like a cyborg. There special attribute is “Engineering”. They some kind of peaceful and neutral to every other race.

3. Rukens
Rukens are some kind of… well not blessed with high intellegence. But they are definitly blessed with muscles. Their special attribute is “Fighting”. Think you know about them now? Nope, because they like sunset’s and are much more emotional than most humans.

4. Nevee
Finally we got the Nevee. Imagine they are some kind of fluffy cute creatures. Their special attribute is “Mining”. So… i said, “Fluffy and Cute”… don’t call them like this. They are the most agressive known creature in the galaxy.

I made the most changes last time in things like Interface.
Now it mostly looks like i don’t got the same design all the time.

I implement a new merchant-system that work’s still fine now.
But it definitly need more improvements.

The big Asteroid is called “Blackrock-Hammer”. It’s the “grounding” of a city,
that will be build up on top of it. The player can land on it, like a planet or a Station. There you will mostly buy things for your big mining projects.

But i got much struggeling with Textures at the moment.

By the way:
The mining will be somewhat like this:
– Player flies toward an asteroid.- If the player got a Mineralscanner, he can scan it now for different Materials.
– Then u can extract these materials by breaking rocks out of the Asteroid.
– These small rocks will be transmitted into your ship by somewhat like a tractor beam. Or some drones wich move it toward your ship.

This ore can be transported to the next raffinery to refine it to useful metals and minerals for your technologic…… well for now i am telling too much. 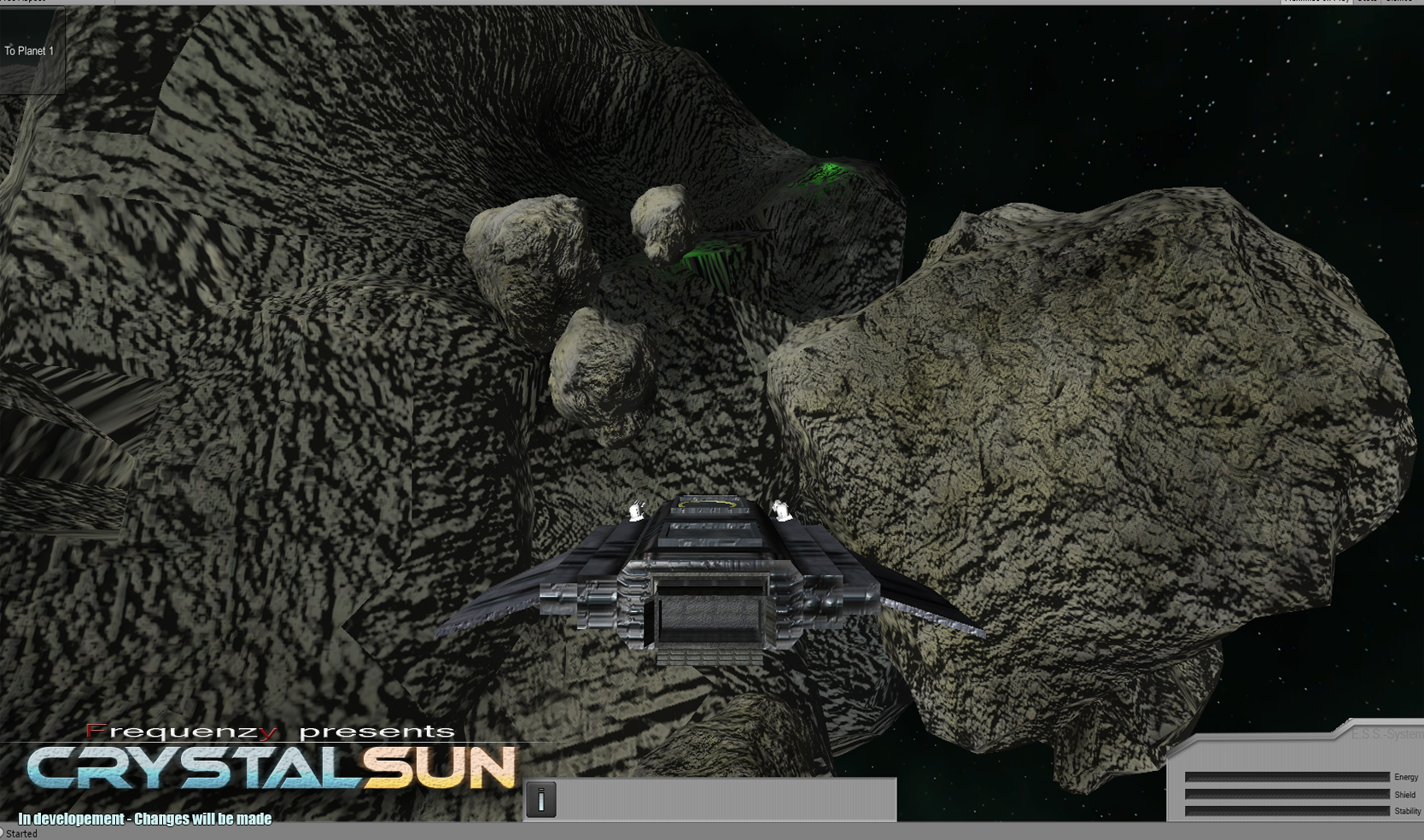 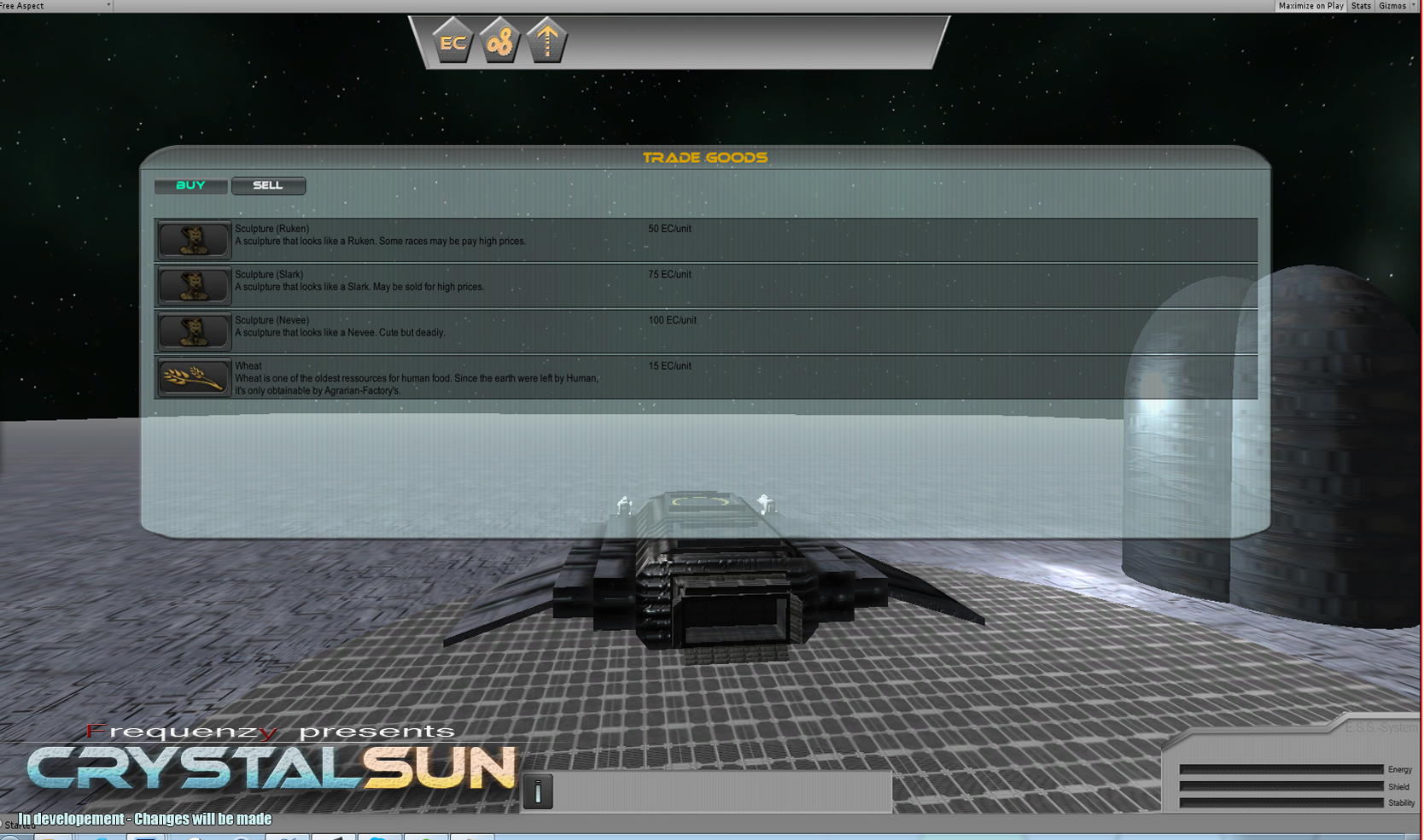