Neon Town has been in development about one and a half year now. Would you like to see how the game looked back then, and now? And take a perspective from the programmer's side!

This is Tansel, I'm the lead and only programmer of Neon Town. I finally got the permission from Benjamin (the mastermind behind the game) to write devlogs; and took the time to send an update. To think that it's been more than a year since our last update, it sure looked like we were dead. But, no, we were not and we've been working on the game. It was kinda less talking and more working situation. Anyway.

As I said, I'm the lead programmer. What I do is to create the structure of the game, write code for its every aspect, test to see if it's working correctly, take builds, send to Benjamin's way, receive feedback, re-iterate, send a new build, move onto the next issue at hand. Sounds like a vicious cycle, right?

Well, would you like to have that visualized?
Thought so.

We are using a Git repository for Neon Town, and I've used a tool (Gource) to visualize all actions taken in the Git history. It's kinda a visualization of game development process.

What you see in the video is pretty much what I've been doing this whole time. It's really a downer to see how much work has been done in a time lapse though! Oh come on, at that specific insert date here I worked insert random number here hours to get it right!

Well, basically it's this: I receive sprites and import them. Create scenes and animations from the assets I import. Write code for new bosses, enemies, player weapons. Test them. Import some other libraries or frameworks, clean up the legacy code. Fix the errors. Make necessary changes to behaviors. Push the changes to origin. Back to step one.

It's actually a lot of work, and as you can see, sometimes lots of files (sprites usually) pop up; and getting them to work right takes some time, even for me. There are quite a few code pieces that I'm actually quite proud of, and hopefully none of you will notice them :)

Along the road, I've made some mistakes like this one though.

But where does all these work got us?

Now, I think it's better to show you what we've been doing.

As you can see in the video, our first iteration of the Doctor boss was back in May 23th, 2015.
And in the second part of the video, dated December 11th, 2016; you can see the current state of the same boss.

Of course, in this time we've worked on other enemies, bosses, weapons, and systems. But I think it's good to show that how the game transformed from a plain tutorial-like state to a fully fledged action game. It would be crazy to think that it took 1.5 years to finally perfect Doctor boss fight. (hey, don't judge!)

I gotta say that I learned a lot, and with the game I transformed too.

We've joined two expos in this time, and we've received quite a few nice words about the game. I've joined one, E-Game Show 2016; and Benjamin joined one, Toronto Fan Expo (picture below). It was really nice to see people enjoying the game. 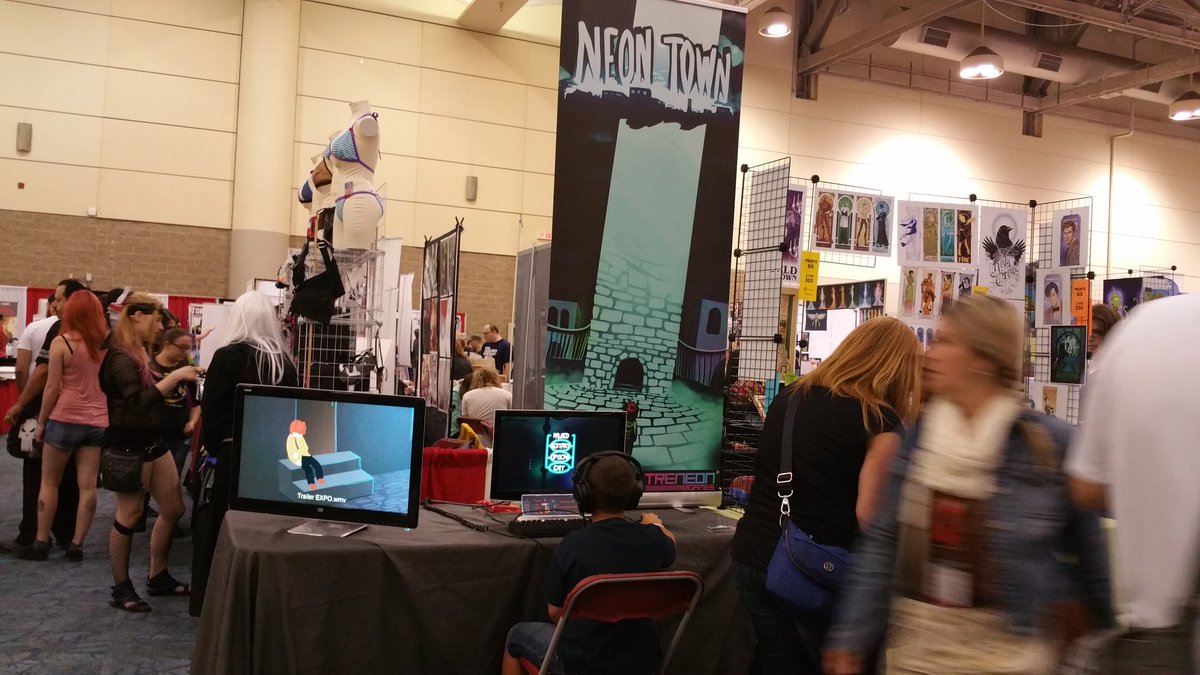 Don't worry if you haven't got the chance to attend any of those. Game will be released soon, and you'll get to enjoy the full experience. And who knows, maybe we'll release a demo (ask Benjamin, he knows).

Well, aside from me working on the codebase?

Of course what we are doing is trying to finish the game and serve you in the most polished state possible. But since I got the chance on writing devlogs, I'll create more updates for you to have an idea about what to expect. With MORE visuals ;)

Until then, take care!