Another week of development and the quest system on Unity side has been implemented.

Another week of development and the quest system on Unity side has been implemented. Last week was spent on getting the majority of what is needed coded in Unity to support the quest system. Right now, a quest can hand over to another quest, the new quest giver is given an icon indicating the presence of a quest, the quest giver gets a talk option upon a right click and once selected the player is automatically given a path to the target, finally the right dialogue with a NPC portrait is presented to the player.

Behind the scenes the current quest info state is saved and loaded. Also health depletion due to radiation has been tweaked a bit, there is now a small random chance that you will skip a tick of health loss, somewhat appropriate for radiation. The station has also been extended a little to cater for some new rooms that are needed and some 20 odd NPC heads have been added.

This is the current state of the station: 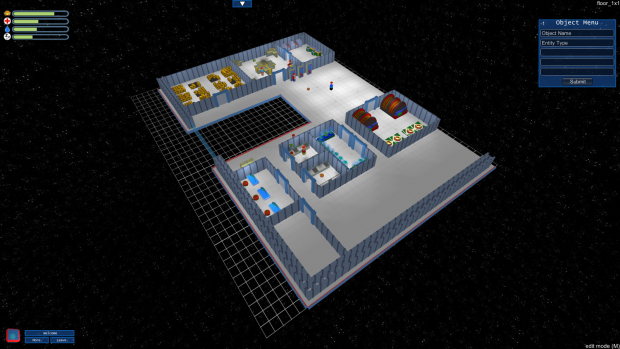 And finally the development video update: