This is a news post regarding the mod and all that's happened after the release. 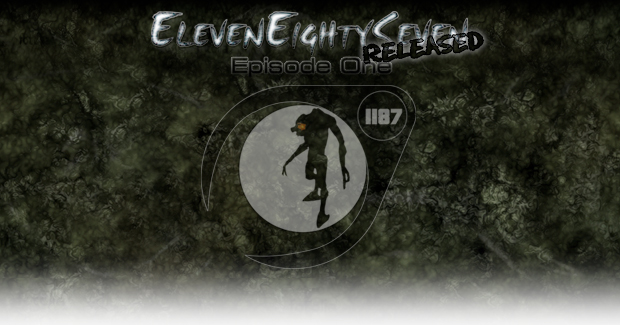 First of all I wanted to thank everyone for their feedback, good or bad, I appreciate it all.

So, the mod's been released and we're getting a lot of different responses. Some love the mod, some people do not, while some are in between. I've read through a lot of comments last two days and there are a number of bugs and glitches that poeple have experienced.

I knew it wasn't possible to please everyone with certain design choices and I have to stress that we're a young team and will do anything we can to not make the same mistakes. I have personally learned a lot during this release and some people have offered some very interesting ideas and certain ways to make sure the next episode will be even better.

After the launch we got some reports about missing textures and a missing model, so I created a patch to fix that. Excuse me for that. But we have gotten a lot of other reported bugs and glitches which we will try to fix in an upcoming patch. One that will cover as much fixes and changes as we can. For this reason I've created a thread over at our forums.

I would like to invite everyone to head over there and tell us exactly what you think should be fixed, changed or tweaked. I will go through the list with the team and we will see what we can do about them/ This means that it will be a little while before we can release it, which gives you guys some time to post over at the forum.

I apologize to those where the mod did not meet the expectations, it seems that some of the level/game design choices we made where not received very well.

It was a risk to include John to be a character to follow you around and I was willing to take that risk. Also with John there are a lot of people devided between liking him and dis liking him, which is perfectly fine.

Viewbobbing, yeap also same thing, people either love or hate it, so in the next patch we'll try to include an option to turn it off as well as fixing the melee attacks on the knife and crowbar and the weapons themselves.

AI
In addition to the patch I would like to see if anyone out there wants to offer some help regarding the AI code. I knew it was one of the things that lacked but we never had too many problems with it, and we where not able to do much against it. So I would appreciate it if someone could help us out and see what can be done about a number of npc's and enemies.

Zlandeal has been so kind to add a walkthrough for the mod over at his YouTube channel. So for those having a hard time getting through certain parts of the mod they can go there and see what to do to get passed them. Thank you Zlandeal for the effort.

Watch it over here :
Youtube.com

I've put up the initial 1.0 .EXE file and have uploaded a .ZIP version of the mod.

And that's it for now.

joure your team is the best i've seen in a long time :) gratz you have my standing ovation. can't wait for Episode 2 but i will wait just as long maybe even longer for it if your standard of work continues. *claps* you are all very efficient and dedicated to your work you deserve all the praise in the world even though there were a few small hiccups. :'D

Thank you very much for the kind words, me and the team appreciate it a whole lot. I can promise you that we will be able to create something that should be a huge step up from Episode One due to how much experience I myself and all the others have gained during the development and even release of Episode One.

It will take a while before we will start on it, and even longer before we can say we're finished, but the dedication will be as much or maybe even higher then we had already ;)

Yeah iv' just finish the mod: nice job you have made here ! Gratz.

Thanks a lot mate. Happy you enjoyed it. :)

Good job mate, i really enjoyed the mod, hard yet challenging, in a good way, hope to see episode 2 sometime in the future

I'm glad you enjoyed it sir. We'll be hard at work on Episode Two sometime in the near future. :)

The mod looks amazing (ironsights ftw), but I'm going to wait for your next big patch. That's pretty much my little rule about freshly released mods. I like to see the good version and not put a bad taste in my mouth (I've had some nasty experiences with games before). Good luck on everything else in the future.

Thanks for the comment. We'll be adressing a number of game play issues and also a number of map issues. Most of the puzzles will remain the same, but we'll try and cover as much we can.

Hope to see you give the mod a play through in the future :)

I have a few bugs to report. The shotgun friendly animation (the one where you put your gun up when aiming at a friendly) will play, then go down, then bob, then go back up and repeat. It is a bit annoying. Also, voices are very quiet and i have to turn up my sound to hear it, then the other sounds are very loud. Also, when holding the crowbar or knife, you click ironsights on, and the sides of the screen blur out until you click again.
~~Its a great game otherwise, and i know it's just a first release. I'm just suggesting somethings to do for the next patch. Good luck!

The iron sights have been noticed before and we'll be patching it. The npc's voices is something that I already have upped the volume for which made me have to redo pretty much half or more of the lip sync.

I'll do a better job on that for episode to, you should be able to notice slight difference during the last scenes.

We'll look at the melee's iron sights and see what can be done about them.

Thank you for the feedback, we'll be hard at work on the patch.

Glitch report:
In the room where you get the 1st pistol, I keep accidentally jumping into a turned-over chair next to a cabinet, where I get stuck and die. Just a kind-of annoying bug.
Oh, and btw, great mod. I wish i was as talented as you guys T.T

That's got to have something to do with the physics of source itself. I think it's happened to me once before, although it didn't kill me.

I think it's a neglectable bug but I'll see what can be done.
Thank you kindly for the feedback.

I posted some screenshots of a bug that I found in the fourth/fifth (idk which map is that) map (the one that you get ambushed in the sewers, right after exiting the hotel), go there and check it, you know when you kill those bullsquids, go back to where there was a door that you opened through the vents and it's closed, then you go back to the bullsquids and a door "explodes" and you get ambushed again by those soldiers? Right after killing those, I had some trouble to find out that I had to destroy that grid, so I kept stacking those barrels and bricks to get where those soldiers were, with the apc, and I found out that the player can go off the map by there.

Well, I suggest you to make it a bit more obvious that we have to destroy that grid on the tunnel that leads to the next map, by putting some wooden things on it, or by making some headcrabs there to make we know that we have to go there.

Its odd Ironsights aren't working for me

Excellent mod but i found some annoying bugs. For example the Ironsight and the melee attack don't work and there are some missing textures...
anyway, this mod is f#####g good!