Artwork, narrative design, and showcasing of the game.

The updates have been on the non-existent side, so here’s a very consistent substantial one with lots of good stuff to dig your teeth into. But first things first.

It was my first time using this kind of format for Don’t Kill Her. I must admit that I’m finally quite happy with this work as it remains true to the spirit of the game, both from an aesthetic point of view and its content. I wanted to portray as best as possible the essence of the charm this universe holds for me. The opportunity for me to keep a memory of this joyful little world… before it disappears as She has intended. 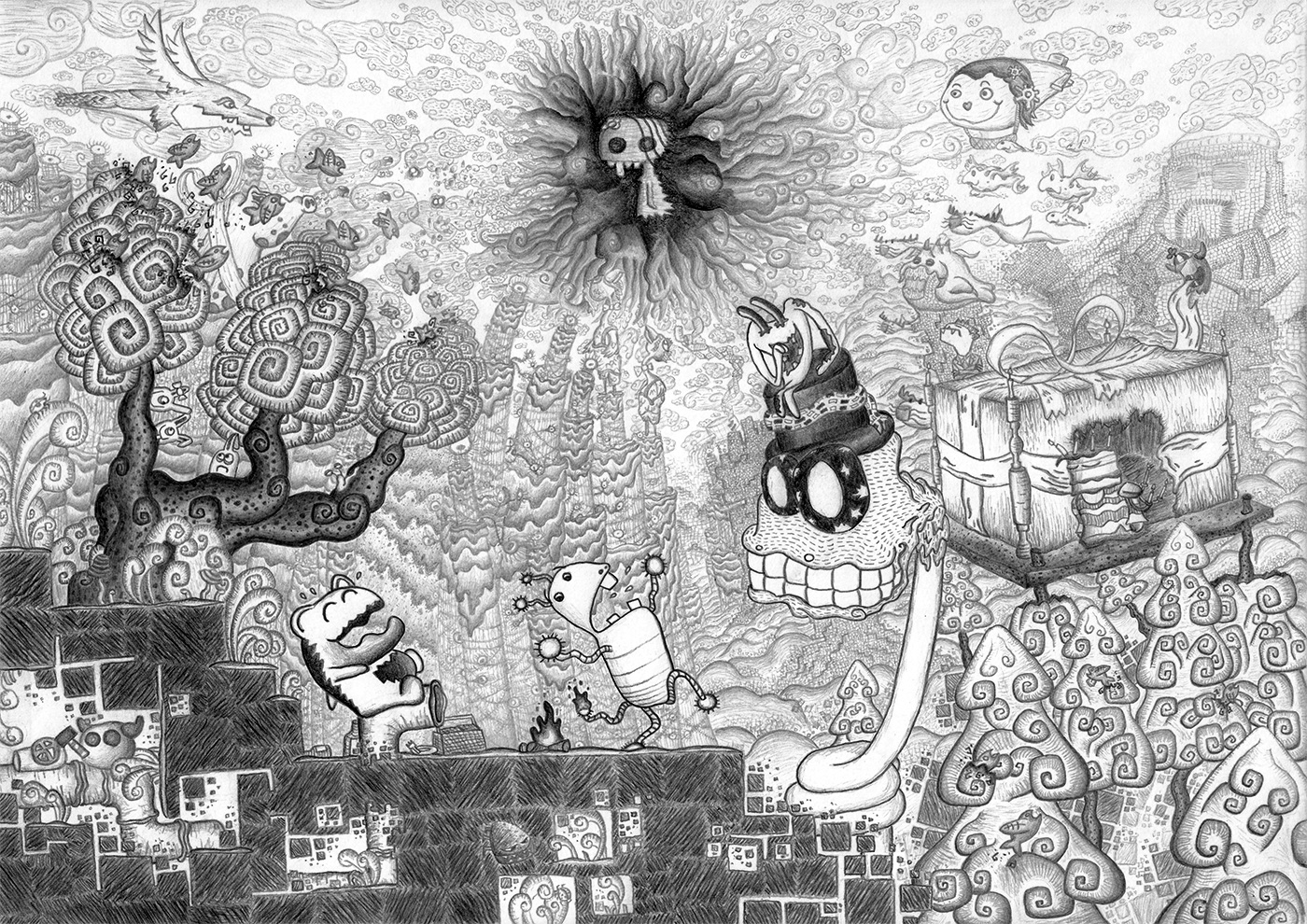 Earlier this month, I was lucky enough to be able to expose Don’t Kill Her at a digital culture festival in Switzerland: "Numerik Games". The audience came from all over and it was a great occasion to meet a plethora of players, from various backgrounds. An opportunity for Her to plant the seed of new questions in those who were brave enough to let themselves be sucked up in Her world. 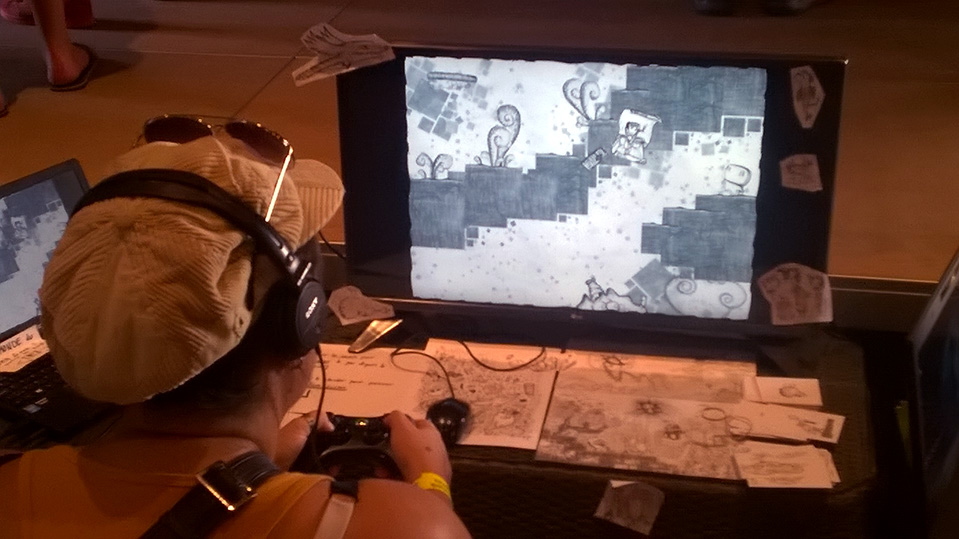 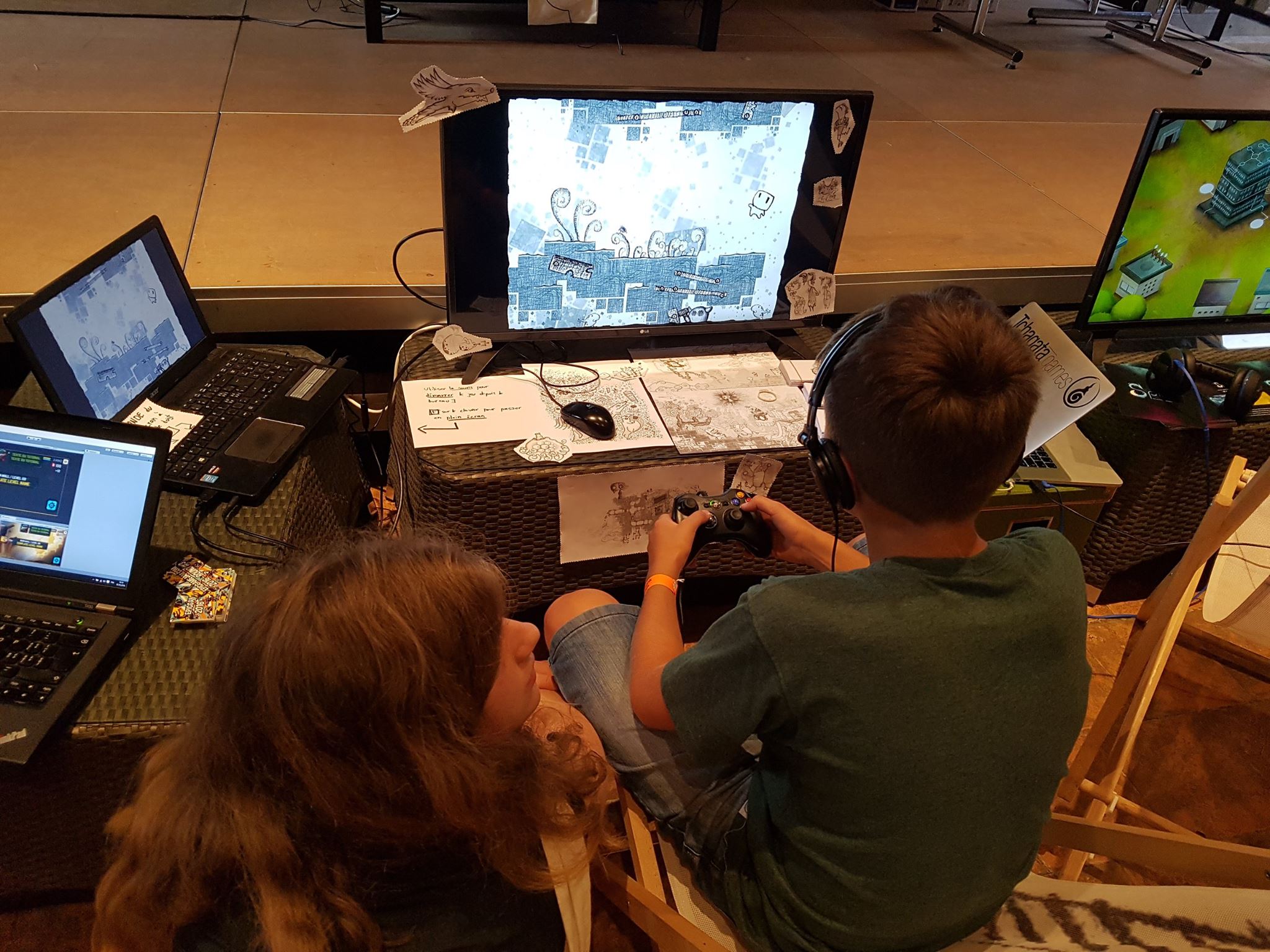 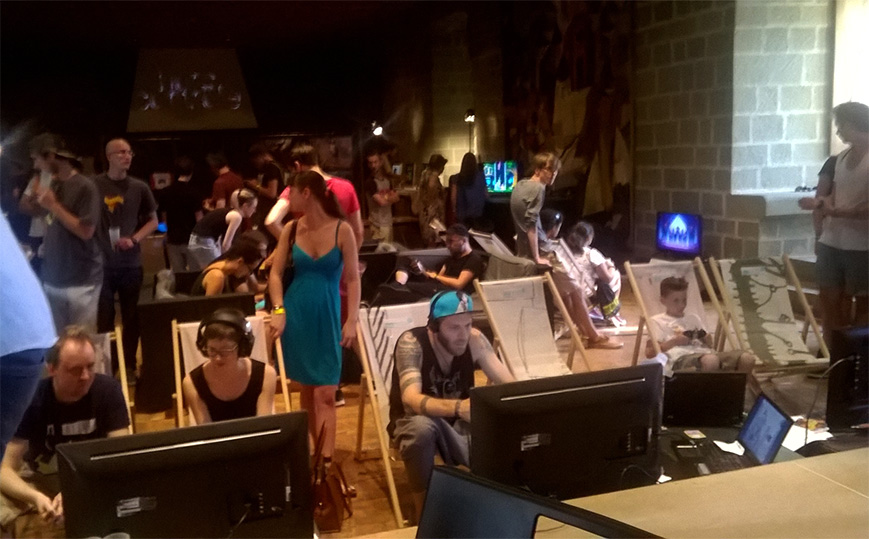 But what about the game?

It’s coming along, slowly but surely. In fact, I’ve been spending a lot of time analyzing « Let’s plays » and the feedback I received from the demo. I’m overall very pleased, as most players tend to converge where She intends to take them. However I felt the urge to discuss some discerning adjustments that needed to be made with Her approval. Far from me to rethink the game in its entirety, but let’s say I needed to adjust a few things in terms of its tone. Unfortunately, I can’t tell you more, let’s just say that She and I were not indifferent to your reactions.

Therefore, I began to collect three years of various notes, scribbles, and sketches, and sought to harmonize this mess. I had not expected the task to be this daunting. I decided to remove unnecessary or optional content, while synthesizing my intentions at best. In the process, many ideas have sprouted and others died. Overall, i am even happier with the idea of moving forward and creating new content. In fact, I greatly worked on the fluidity of the various encounters, their relevance; but also on different ways of telling the story that lies within the story.

In short, thanks to your input, I was able to rework the script and it’s going to turn out a hell of a lot better.

Concretely, I can show you a glimpse of the recent work I’ve done, which will in no way spoil your discovery of its application in the game. 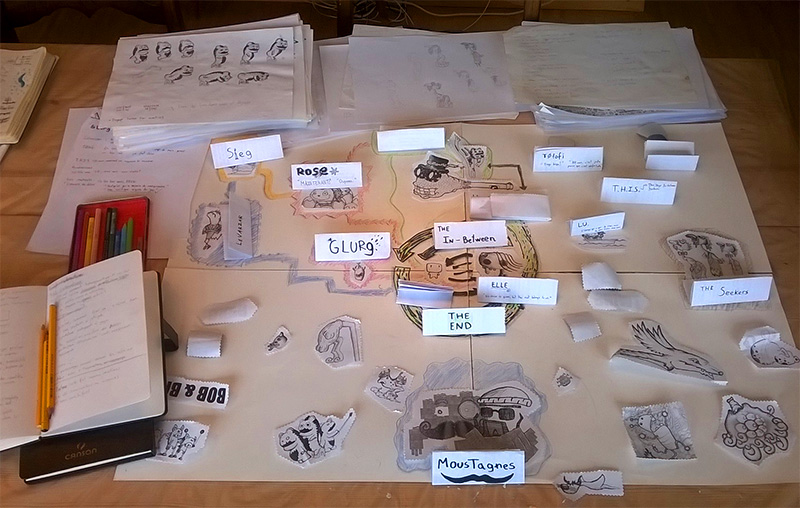 When can we play?!

As soon as I’m able to announce a realistic launch date, you’ll be informed. Meanwhile, it will remain a mystery. One more, one less, we’re not out of the woods yet anyway. But you’ve become used to that with Her.

Thank you for your unconditional support and your patience my dear murderers! We will definitely see each other soon.