Hello everyone. You read that title right; today marks the 1 year anniversary for my WIP standalone mod called Castle Wewelsburg! 1 year ago today was when I made the first public announcement about the mod here on Mod DB. To celebrate this occasion, I've got another news update regarding the project (no new screenshots unfortunately).

Hello everyone. You read that title right; today marks the 1 year anniversary for my WIP standalone mod called Castle Wewelsburg! 1 year ago today was when I made the first public announcement about the mod here on Mod DB. To celebrate this occasion, I've got another news update regarding the project (no new screenshots unfortunately).

First, you may have already noticed the official logo (thanks for making it Titeuf!) on the mod's official page here on Mod DB. If you haven't noticed it yet, then here you go: 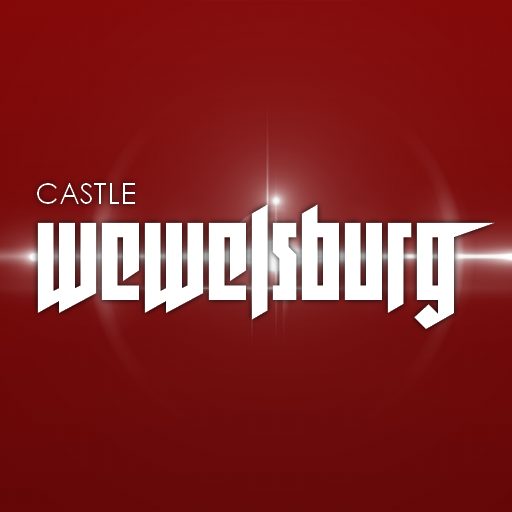 Second, I want to mention some things that you can expect from each level of Castle Wewelsburg. I've already mentioned some of these in the previous update here, but at least it will serve as a reminder.

As you can see, Castle Wewelsburg is quickly becoming the most ambitious project that I've ever done for Rtcw SP. It's going to take at least another year (probably longer) before this project is even close to being released. But to make up for that, I'll occasionally post updates such as this one when I have new information or screenshots to share. I don't intend for this project to continue development for years without any news, like some other projects have unfortunately done.

At least 2 more actors will be added later, so keep that in mind.

Lastly, I want to remind you all that Ronboy Productions is still hiring. If you think that you could contribute to the development of Castle Wewelsburg in any way, then don't hesitate to let me know! You can contact me here on Mod DB or send me an email.

That's all for this update. Thanks for your interest, and please continue to look forward to Castle Wewelsburg!

Looking forward to this for sure! The idea of having each map leading to two different ones, and so on, is a promising one! Can't wait! :D

Yep, this is being done to minimize linearity. Thanks for your support!

dibdob, thanks for your support! This logo was made by Titeuf-85, who actually commented above. =D

Ranboy, i think your mod is going to be amazing, also i will like to sugest an idea, take it if you want but it will be cool if this plot is set after RTCW but before Wolfenstein 2009, you know since Wolf The Dark Army is set after wolf 09 but before Wolf The Old Blood, anyways good luck guys.

It's all right you do what you think is best for the mod, but if you do set it before "Wolfenstein 2009" it will be nice to bring "Erik Engle" that some how bj first meet him or hear a referance or something, also that this is the when bj first dye his hair black for a mission or something, anyways good luck & take your time.

Actually, BJ never met Erik Engle before the events of "Wolfenstein 2009" took place, Halfi. They first met in the train station mission, so they've definitely not met until then.

About BJ's hair color, it could be possible to change it, but I don't see a reason to. This is because another mod that takes place after the events of "Wolfenstein 2009", called "The Dark Army: Uprising", has BJ looking like he did in the original "Rtcw" campaign, instead of how he looks in "Wolfenstein 2009".