This is my first dev diary for the game I'm working on called 1 On the Ship. Lots to cover as I'm getting the foundation laid out.

If you wish for the video version I will link it below, but this written one will be a bit more up to date on the progress and less about the intricacies (is that the right word?) of the AI. This game is more about a programming project but I am putting a lot into the story because I think with my terrible art skills (I really try) if the story is engaging enough people can put the art aside and enjoy the game.

So the video covers a lot of the AI but lets cover the rest. I now have some art done for the game, get used to hearing me say this, my 2D pixel art sucks! The layout for the first level is pretty much done and I have the AI set up to move around like I had it in the video. 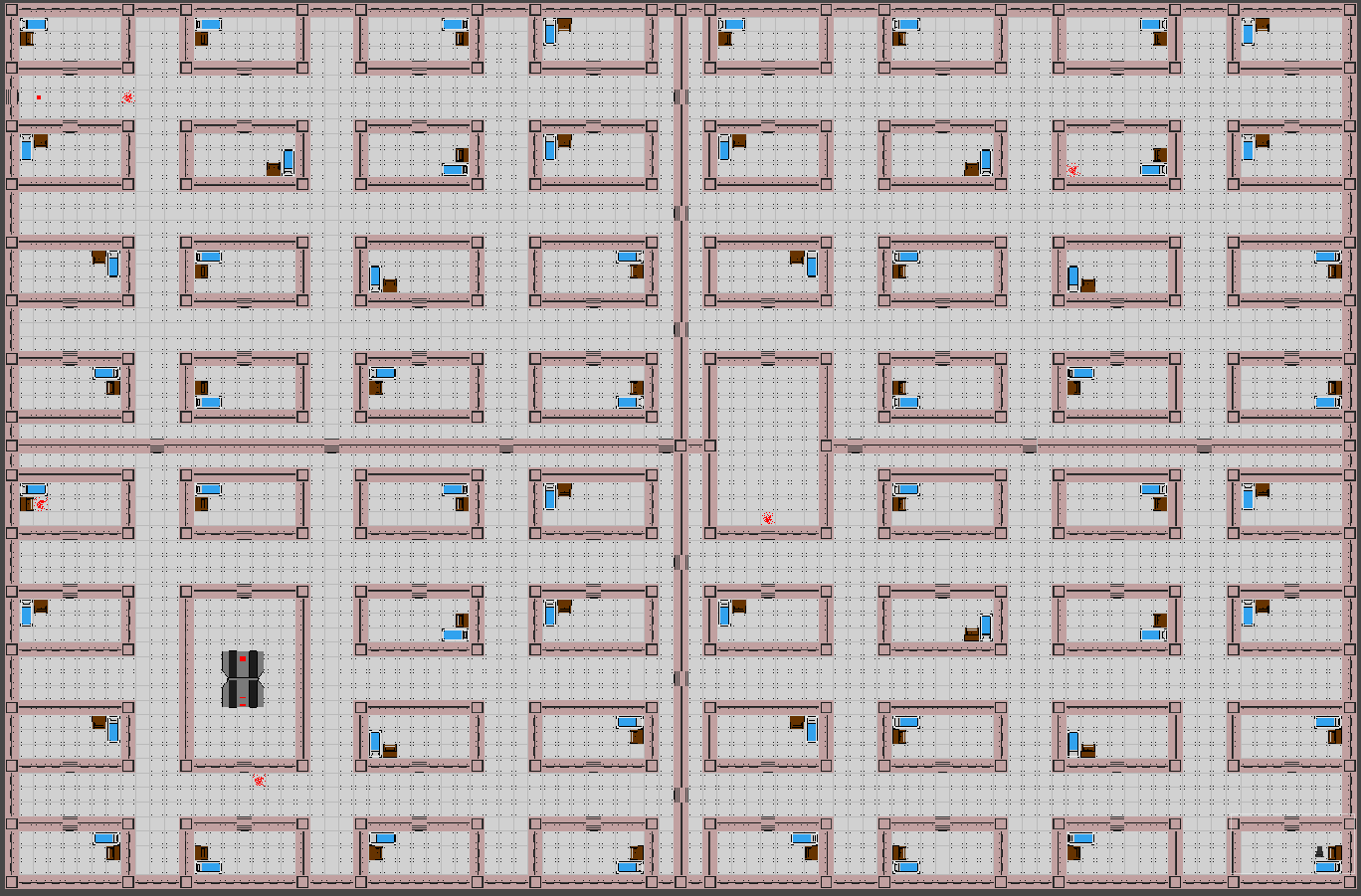 As you can see, level 1 is very simple. This is the crew quarters and is lots of the same room repeated with some layout variation. The big rooms will be the players goal, get to each and interact with the big panels to get things back up and running. Yes only 1 of these is in now because I want to get 1 working before putting the second one down. I must say, I'm very proud of my bedside table, it looks really good.

Players UI:
I currently have a nice fade effect going around the player so it appears as if the lights are off. It also adds some limit to the players vision. I think this effect worked out really well

Player Animation and Art:
Although its no artists character I still am very happy with the way the character came out. I can't guarantee this will be the final character art but its likely as I don't see it getting any better.

I also like that it hides any gender and looks so the player can create the character in their head.

So whats next?:
The next step is to create art for the enemy. This will be posted to my Patreon once done so if you're interested follow me there(link below). If you don't want to pay the monthly fee don't worry, its art will come to IndieDB in time. After that its getting the first level complete-able, which will involve allowing the player to turn on the 2 panels shown earlier and get to the exit. This is my main goal before the next dev diary but if I manage to get lucky and get extra time I would love to start including story into the first level.

When can I play it?:
Once the first level is basically complete I will post an alpha demo here for people to try out. I will do my best to get it for both windows and linux, but windows is the only guarantee.

1 On the Ship Adventure
Related Engines