Even compared to AArcade's achievements over its 4 long years of development, the features I've added since coming to Steam, coupled with an awesome user community, are truly bringing the entire concept together. That's why the first item for me to tell you about today is Anarchy Arcade's new Kickstarter campaign!

AArcade has been available on Steam Early Access for a little over 2 months now and during this period there has been LOTS of improvements, tweaks, and brand-new features added to Anarchy Arcade. I've been working non-stop on adding all sorts of awesome stuff for us all to enjoy!

Even compared to AArcade's achievements over its 4 long years of development, the features I've added since coming to Steam, coupled with an awesome user community, are truly bringing the entire concept together. That's why the first item for me to tell you about today is Anarchy Arcade's new Kickstarter campaign! 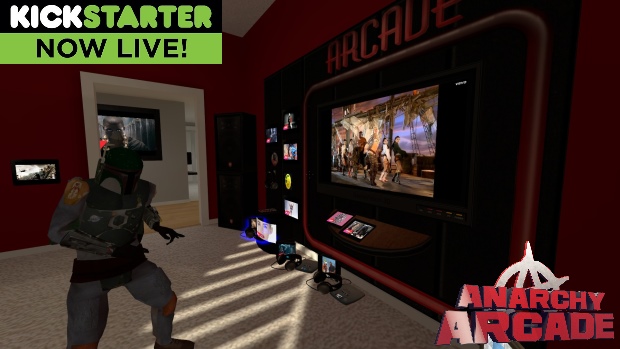 I love working on Anarchy Arcade all day every day, and not only for my own enjoyment, but for everybody else who has a blast using their PC as a personalized 3D world. The thing is that I can't make any money off of AArcade because I couldn't afford a license, which basically means I'm broke as hell. Financially, I can't continue putting all my time into AArcade, but that's okay, because the big Steam release is only 1 more month away!

While I am busting my ass to meet the Christmas 2014 release date, looking back at the progress made during Steam Early Access makes it clear that AArcade has been getting exponentially better every month that it stays in development.

That is exactly what this new Kickstarter is about. It is an attempt to raise $1,000 to cover my minimum expenses for an additional month of development!If it succeeds, AArcade will stay in Early Access until the end of January, or maybe even February if the stretch goal is reached.

Either way, AArcade is right around the corner from its big Steam release.

So lets take a look back at the improvements that have come in the past 2 months, what you can expect in December, and then you can decide if AArcade remaining in development for longer is something you would like to make happen!

Now, all of that was done just within the last couple months! AArcade has been in development for years and has many more amazing featured packed in, so if you haven't dug deep into AArcade yet, now's the time!

Even though the Kickstarter has launched to extend development, that doesn't mean that it's not crunch time for me anymore. Until I know otherhwise, I'm getting everything in order for a Christmas 2014 release. Next week I'll be working on implementing the features listed below into AArcade.

(These features are in past-tense, but I have not started coding them yet. That is how badly I need to make them happen.)

So, there's a little glimpse into the future. If the Kickstarter succeeds, there will be plenty more updates & changelogs like this to come. So check out the Kickstarter, check out Anarchy Arcade, and have a blast!
I won't have time to promote the Kickstarter very much because I will be spending most of my time working on AArcade itself, so any help spreading the word is greatly appreciated! 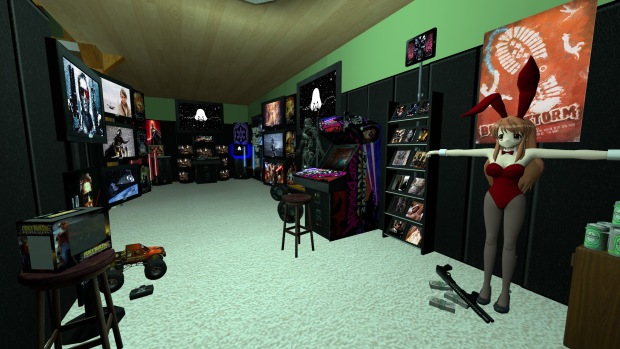