A Spark, a idea was born.. read about the Art Style and see for yourself what i imagined the World of the SuperForce of the Grid to be.

"The Name, honestly it is probably the result of watching Flash.... and a bit inspired by Tron.

Anyways it is more then that, it is a world, born out of nothing, from my mind into this world..."

Yesterday i came across Moddb.com

and it sparked... something kinda happen am not usually doing that stuff... guess got no time, now enough of that lets get to the meat, shall we.....

Gotta admit i never played Superhot, just watched the trailer and some videos( Note to future self, grab a copy of Superhot and a big cup of Caramel Macchiato :D ) but i still decided i would give it a shot now the following Pictures are what i came up with regarding the Look for the Characters and the world itself, well the world will be built with the same idea. 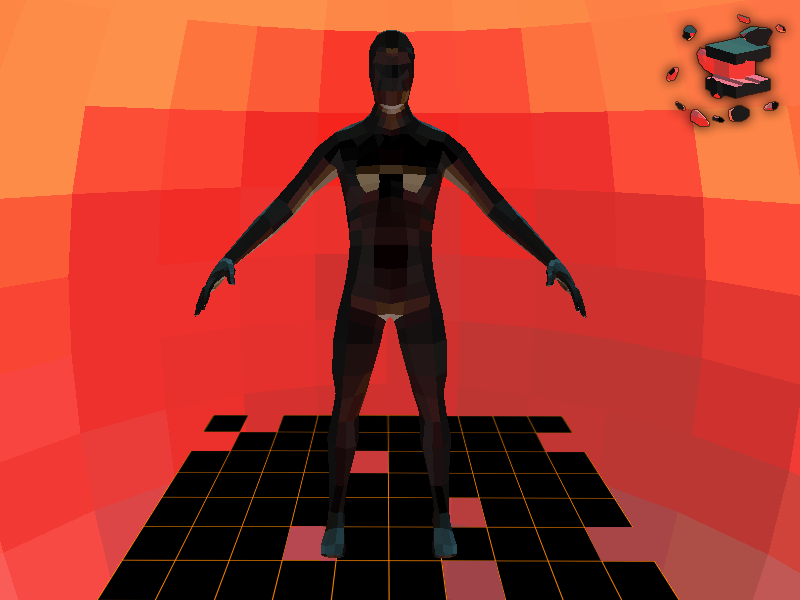 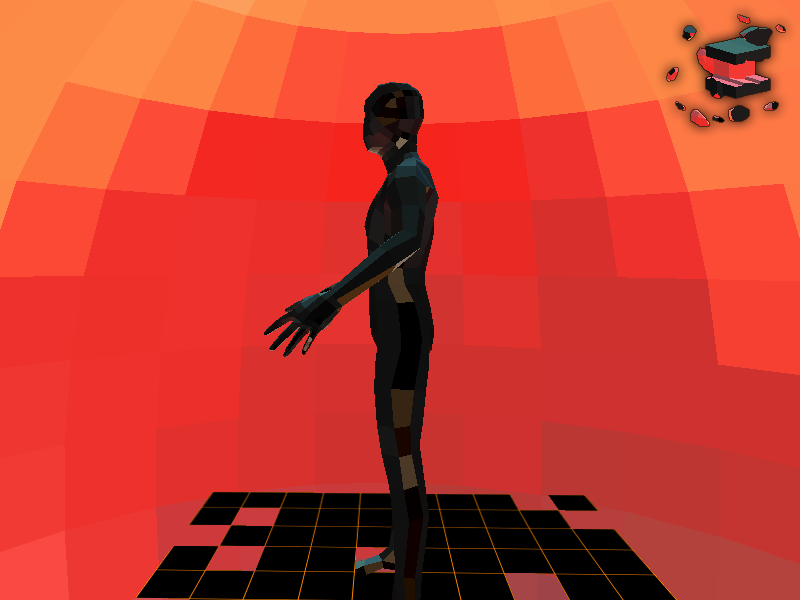 The Models above where created with makehuman and blender, i thought about how to create something close to Superhot but still something of its own, something with its own soul.

By using Matcaps along with flat geometry i achieved this look but dont get fooled by this, it is still a raw concept and will change a bit, especially since i will have to render the Matcap as a texture, i do plan to keep it simple as possible.

But where is that Extra, that little thing that makes it special ...

Well that is where Blenders Cell Fracture came into play and the results can be seen in the following Pictures. 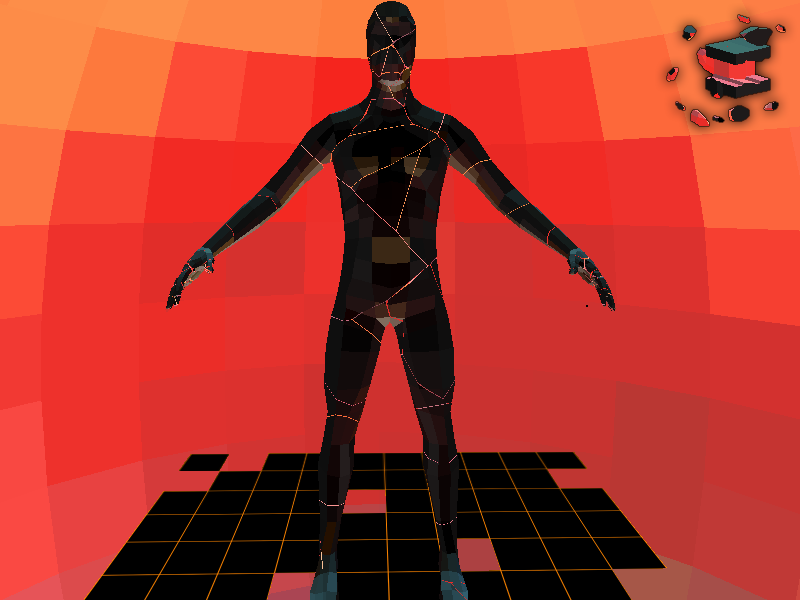 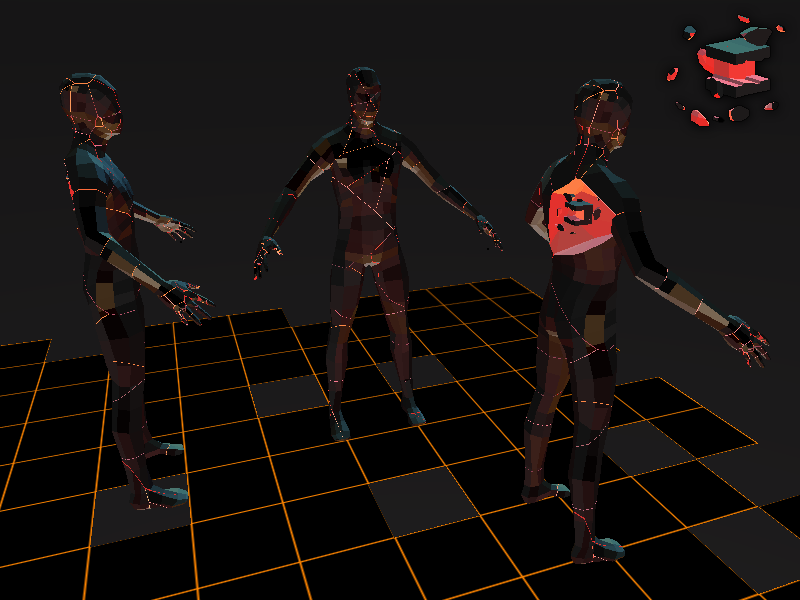 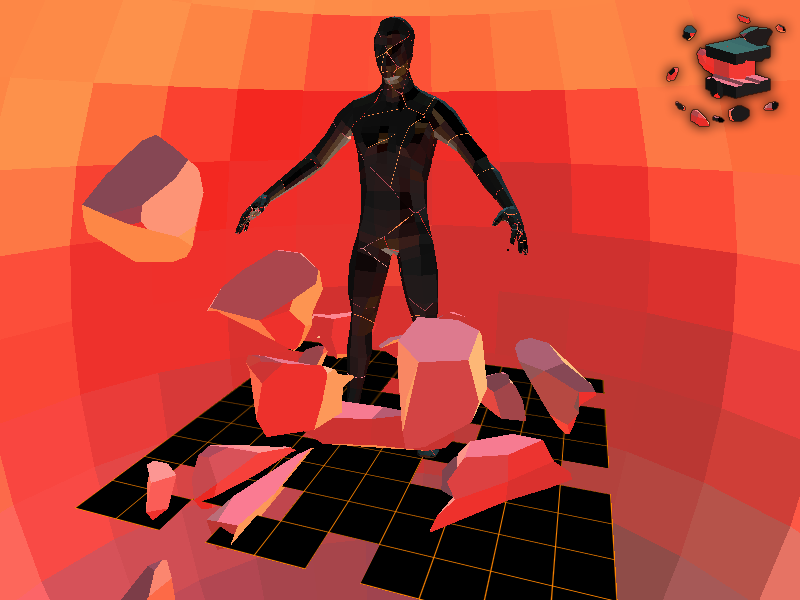 And now this is more or less what i would Picture the Main Menu of the Game as well.... Yes you heard me right, i do plan to expand on this idea and to create a short game.

What engine would i use for this, well as you can see Coppercube...

I do experiment with a lot of Engines and i gotta admit i kinda enjoy toying with those and for this particular Project.

Coppercube seemed the right Choice now that's it for now and i hope to show in the following days, weeks more stuff.

May the SuperForceOfTheGrid be with yaaaa