The voting has ended, and the new feature has been chosen. Voting for next week's feature has already started, so get voting!

Whee! The voting has ended! With a stunning result of 2 entire votes, this week's new feature is going to be the "01100010 01101111 01110100" option! This means I'll be implementing Basic Robotry into Bloxia this week, which features copper, electrical processing units and even a basic storage robot!

C'mon people, I know you're out there! We can do better than 2 votes!

Why don't you vote this week?: Strawpoll.me

But what have I done last week, then? I didn't add in anything spectacular, as that is something I'm going to focus on this week. However, some of the things I've modified last week really change the gameplay, so they still deserve some attention.

A while ago I talked to a friend who suffers from motion sickness. He always hates how he can't play the newest games for longer then 5 minutes, because he'll get ill. I sat him behind my game and after ~15 min. or so he had to quit. I hadn't really considered motion sickness before, and having him look into it was a great development asset.

His suggestion was to up the FOV (Field Of View). Most games provide this as a slider, however, I want the game to be consistent and fair for everyone, so everyone should get the same FOV. Look at some screenshots of the new view, below. 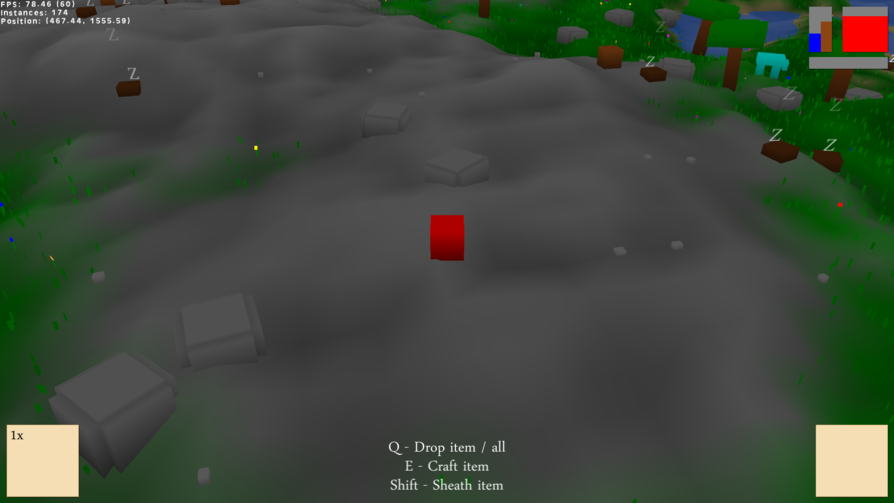 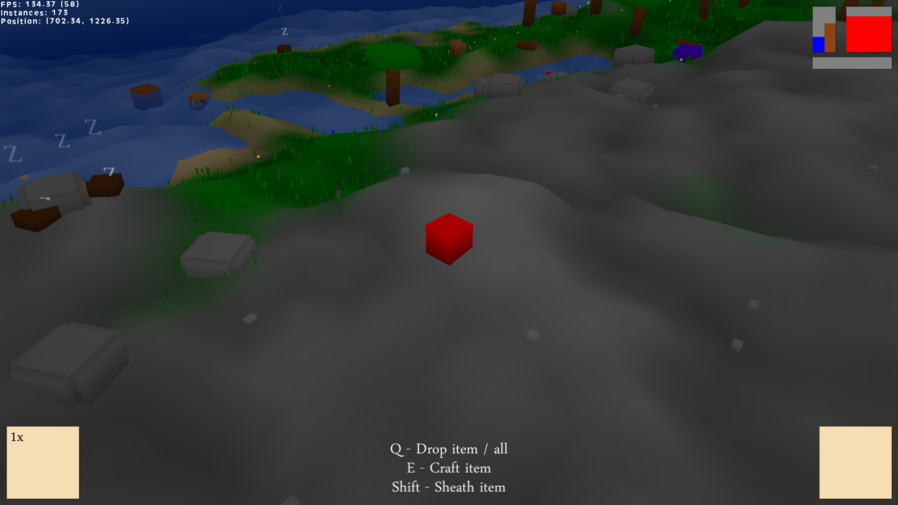 The FOV improvements apparantly helped! He was capable of playing for about an hour, before feeling nauseous, which is a ~400% improvement!

Having the camera further away from the player seemed to have really helped out. Besides, this also benefits everyone, as you'll get to see a little more of the world too. However, this comes with a little performance drop. I'll have that covered as soon as possible.

Another small adjustment made today is something which has to do with archery. Previously, you would rotate your guy around and shoot in that direction, which was akward to control. With the newly crafted system, you can properly aim, by simply pointing at the enemy with your mouse. 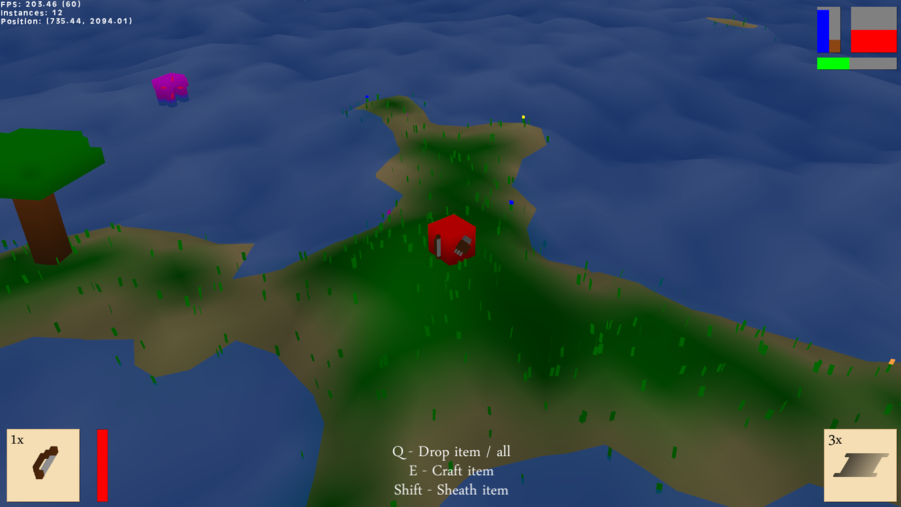 Drawing the bow was never this easy. This allows for more fun during the hunt for the precious skin of deer, and, in the future, meat from standlers. It makes archery a lot easier, although you still need a bit of skill to perfectly manage where your arrow is going.

I've also made some adjustements to the arrows themselves, such as increasing their bounding box and changing the arc they make when shot. This allows for some better 'arrow physics', which looks and feels a lot better.

Some other small adjustments can also be found. For instance, I've flattened the XP curve slightly, which means that you'll need less XP to level up. This allows you to easier get to the better gear. For instance, to reach iron tools, the minimum level requirement is 10, which equals ~210 XP (with 5 XP per enemy kill / tree chop / etc.). However, now, you only need ~60 XP, which is considerably less, but still requires some effort to get to.

Doing these tweaks allows me to open up paths to more cool stuff, such as robots. Expect to see those coming at Monday, and don't forget to vote!

Have a nice week everyone and see you guys Monday!