We are really happy to present the 003 Alpha Build of Ralin - Dwarf Wars to you folks. 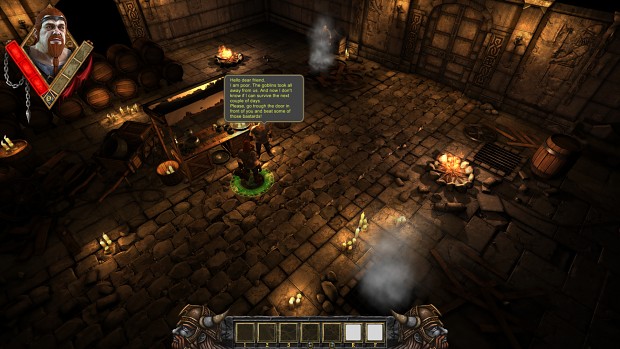 When you enter the marketplace of the Ralin - Dwarf Wars, an NPC talks to you and shows you the right way to enter the dwarven halls. The Design of the pop up is not yet ready to marry the rest of the scenery, but the mechanics work. The door changes saturation, to make sure everyone knows where to go. On the reviews of the first alpha builds, people searched the way to enter the game, now we fixed that problem. 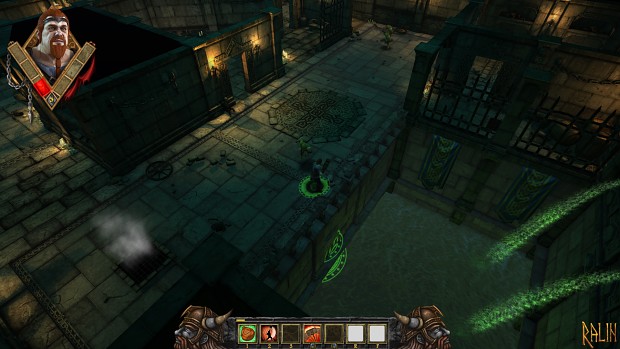 There is an awesome Glow around Ralin now, it´s easier to distinguish him to other players. Makes no sence yet, but later in dungeons it´s really useful. The GUI is optimized, we redesigned it a little, removed the crystals, they were beautiful, but didn´t mean anything, they disturbed the gamers. We are working on opening and closing the treasure boxes. For the moment there is no treasure in, you know why... The sneaky Goblins stole them ! That´s why you need to help us kill them ! 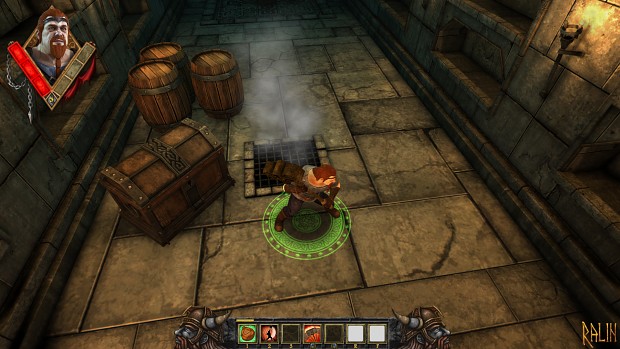 We decided that not all attacks and features are set free immediately. At the beginning you only have the option to drink beer to heal your self and the red icon that represents the hammerswing. The Hammerbold attack appears only on the third level. We integrated Tooltips that you can see when you go mouse over the icons, explaining the main abilities, and the upcoming attacks. We integrated a cooldown of the attacks and other icons. The arrow that points the direction where our Dwarf Hero should go is redesigned Dwarflike. 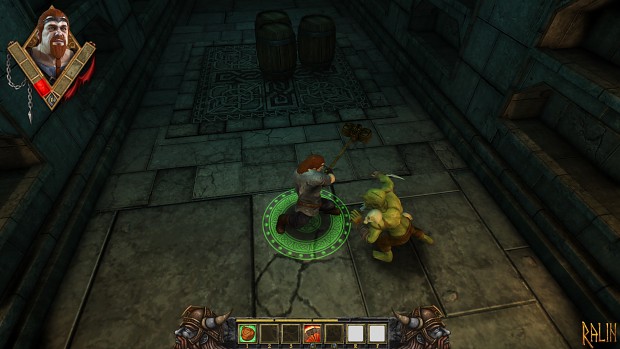 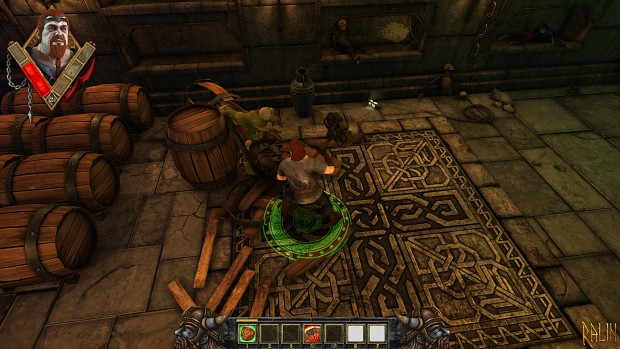 We build up an entire new level, everywhere you go you find these amazing 3d Beer Barrels. How do you like the new map, and the whole gameplay ? Please give us Feedback, we would love to know your opinion. Thanks to all your comments and bug reports, we were able to do this updated version. We had this amazing Feedback on our Forum, during Steam Greenlight and of Course here on IndieDB. 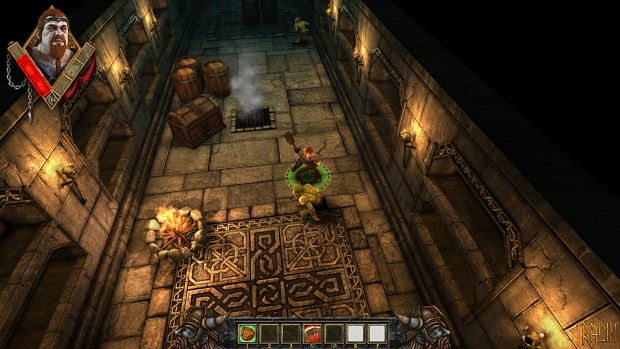 We have launched a contest in which FANtastic Fan Art can be implemented on the upcoming builds of the game. Our community will be involved as much as we can to make it a game, everyone feels connected to and is involved. You can still be part of the game! 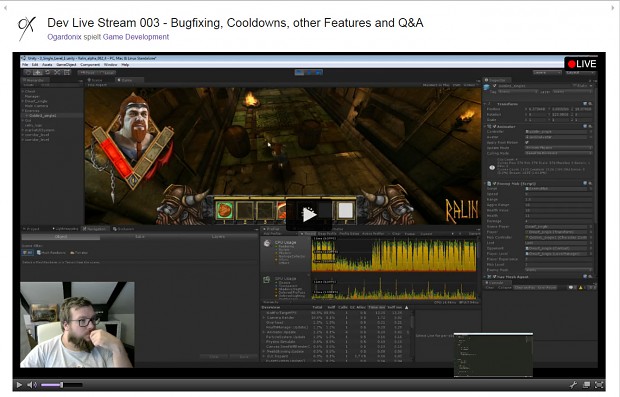 We are lifestreaming the production of Ralin-Dwarf Wars on twitch, Twitch.tv where the fans can see us realtime developing and programming on Ralin. We are answering all of your questions and share our expertise. You can check the life stream schedule of the bearded Warchief of Ogardonix on Ralingame.com.