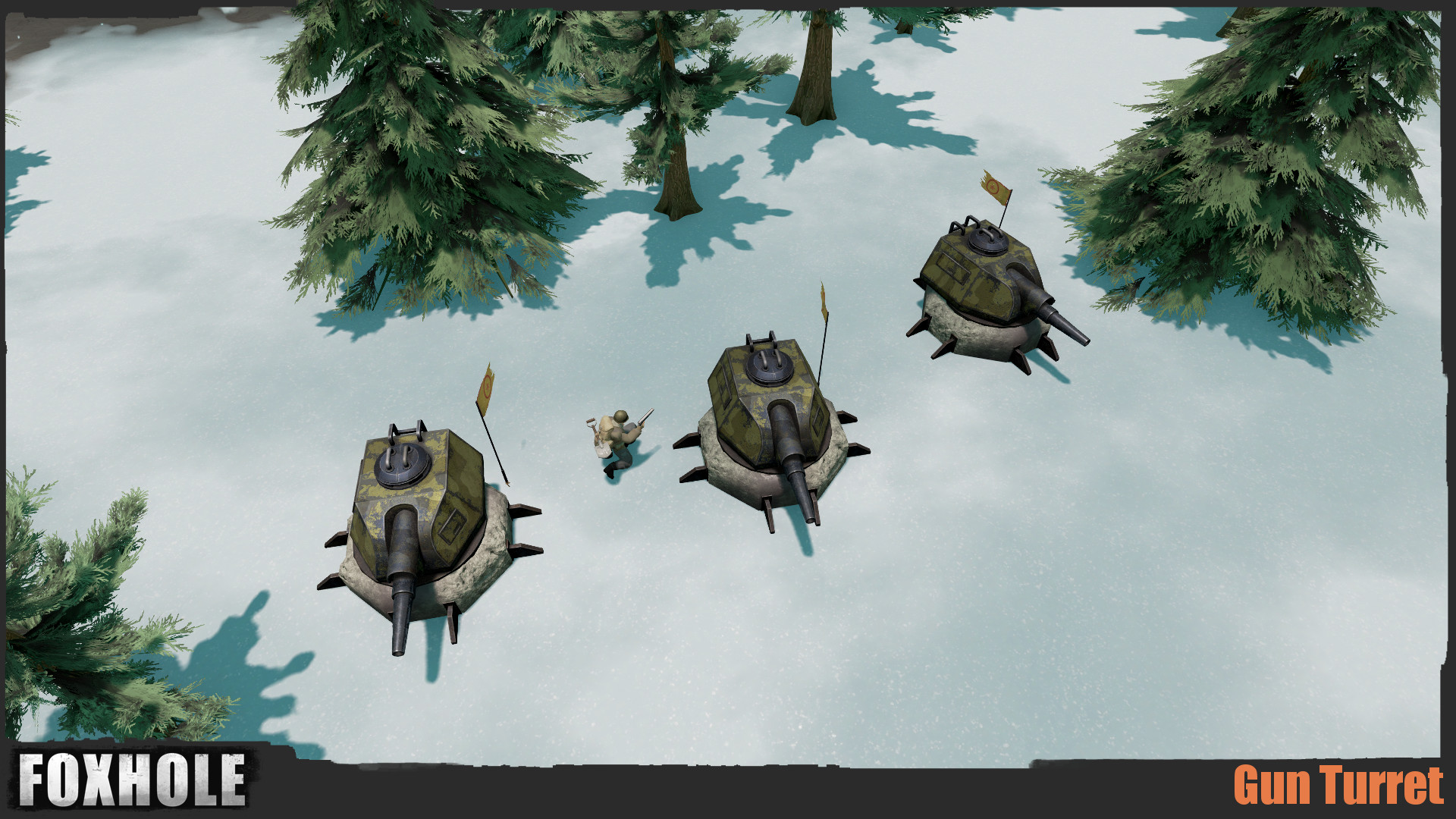 The Gun Turret is an anti-armor turret that can rotate 360 degrees. It fires a high caliber shell that can tear through heavy armor. This structure is best used to fortify towns and bases against enemy assault vehicles. 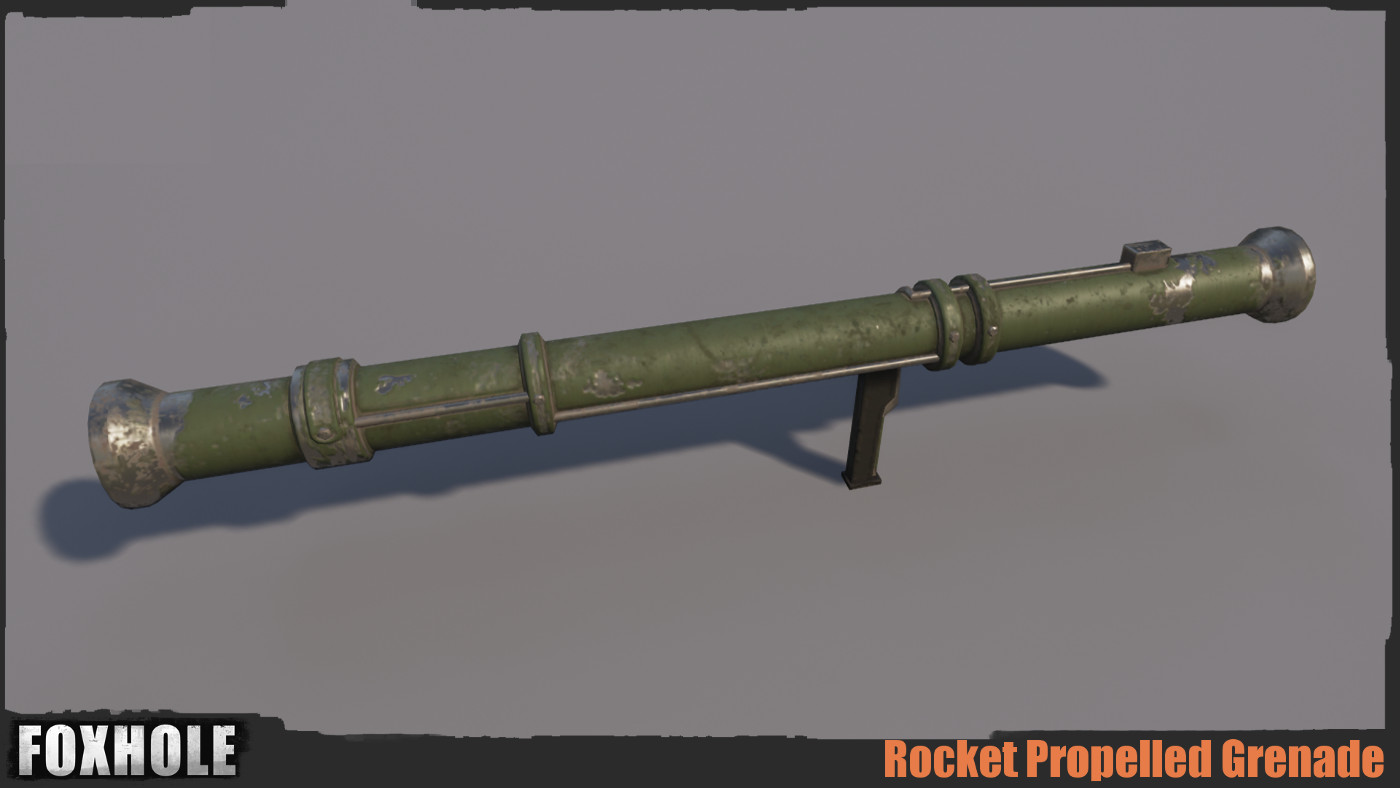 The R.P.G. is a shoulder launched, unguided, anti-tank launcher that fires a high damage explosive. This weapon is most effective against armored vehicles like Half-Tracks and can also be used to take down enemy fortifications. 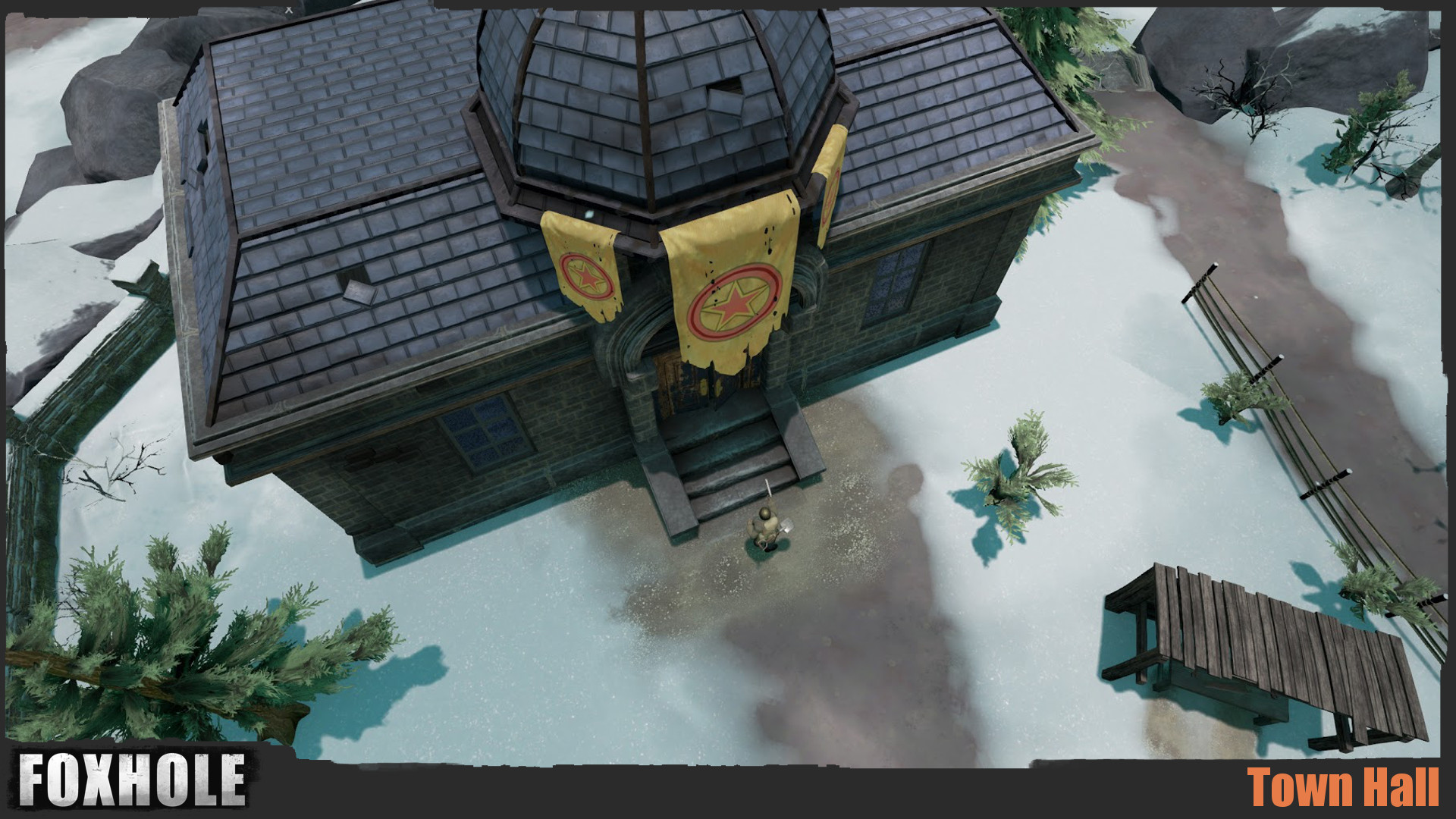 A Town Hall is now at the heart of every town in the world. They not only act as spawn points and storage areas for players, but they are also tied to the new win condition for wars. Wars are now won by claiming all Town Halls in the world.

Latest Updates video by I Saw A Bear

Foxhole practice mode: the latch walled of twice! by Remlly

Organization and opening Strategy by Dondergod