Are you a person who misses v2.4? Would you like to know the whole history behind "2.5" and v3.0's development? What sacrifices had to be made to revive ZPS to today's state? This article is for you!

Two years ago, ZPS 3.0 was released. For many, this was an overwhelming amount of changes, and with it came a lot of confusion, misconceptions, and cloudiness as well as headaches with the issues 3.0 introduced. Even now, you still may have questions. Why did we port ZPS to SDK 2013? Why leave 2.4 behind? All of these and others will be addressed in the sections below, hopefully clarifying our intentions and any misinformation.

The former developer team already had plans to port Zombie Panic Source to SDK 2013 MP Base when it was first released for public use by Valve. Their only programmer, SammyRock, was working on the port process to SDK 2013 and named the new version “2.5”, which included the new character, Pedro, a new game-mode (ZPM), new maps, new melee weapons, and some minor bug fixes. However, during this process, they faced a lot of impediments such as visual bugs and game crashes on the port (almost the same ones as we encountered in 3.0’s development period).

By this time, you can tell that the 2.4 build had its days numbered. There was little reason to continue working on a Source Engine version that was unstable, outdated, and had many game exploits and security breaches (which were heavily abused by an ex-ZPS community owner to crash down other community servers). Eventually, Valve released a free and updated SDK MP base build so other Source mods could update their games into the latest SDK version with more stability, bug fixes, and new functions and strings.

Initially, ZPS 2.5 was expected to be released somewhere around 2013~2014, putting an end to the 2.4 era much earlier than our release date of 3.0; however, the former programmer Sammy left the team during the porting, forcing us to rollback all the changes we did, postponing any ZPS updates indefinitely. There was no programmer to develop new features or fix existing bugs. Even if we did find a new one back then, we would have resumed the porting process instead of working under SDK 2007 (as explained above).

2.4’s source code was a disheveled mess and unpleasant to work on, with numerous “duct tape solutions” and “cheap fixes”. Some leftover lines of code from 2.4 started working only on the SDK 2013 build rather than on SDK 2007’s. This is why some features and core mechanics are working now, such as headshotting as a zombie, which didn’t function properly on 2.4.

The source code needed to be rewritten entirely from the ground up twice to move away from all the outdated/unnecessary lines of code. As a result, we have an improved and stable base in which our programmers are comfortable to work on and can be more efficient. 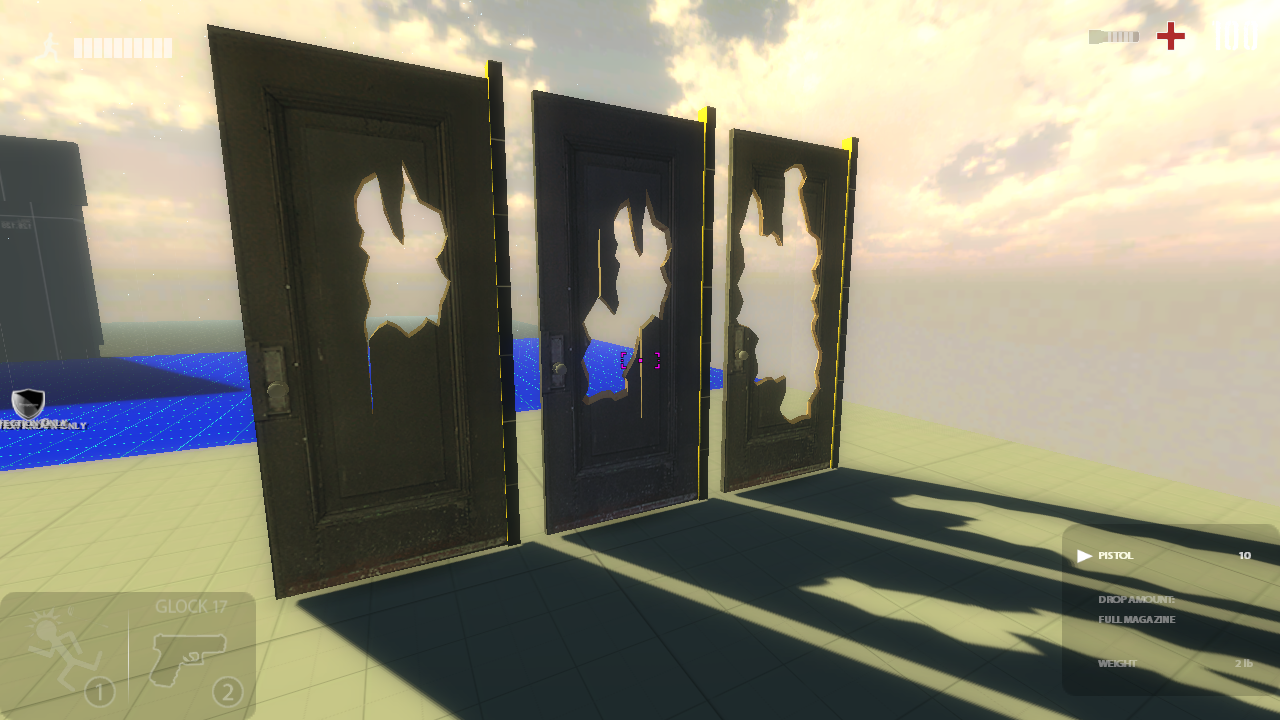 We are very aware that 3.0 wasn’t up to everyone’s expectations, having balance issues, bugs, and crashes. However, many of the issues you may have previously encountered have been fixed by this point and many more will be sorted out in the upcoming 3.1 update thanks to the community and the diligent work of the ZPS team.

As mentioned, not everything from 2.4 can be fully functional on 3.0. A lot of bugs and exploits were fixed, which may have been misconstrued as a feature to gameplay. We’ve also scrapped features that were deemed unfair to players or were unbalanced in the game; however, there’s always the possibility of improvements to enhance your ZPS gameplay experience.

We are always open to hear your thoughts and ideas to improve ZPS. Not everything can be approved, but we do try our best to listen to feedback and consider implementing such feedback into the game, whether it be negative or positive reception. As always, the best place to post your feedback is on our forums, so it can be documented and discussed internally.

Why can’t you continue supporting 2.4?

We’ve completely thrown away the old source code from our workplace, directing our focus to a single build, which is 3.0. We did try working on 2.4’s source code under the SDK 2013 build, but it just didn’t make much progress back then, making us reach the decision to completely start anew, discarding 2.4’s code as a result.

Therefore, ZPS 2.4 branch is completely unsupported by us.

A question a lot ask about 3.0 is what advantages it has over 2.4, as they don’t see a sufficient reason to move forward. To many, 2.4 is where the nostalgia resides. Ever since 3.0’s release, there is a handful of people that have expressed dissatisfaction, uncertainty, and reluctance to play or be an active part of ZPS’ current development, choosing to remain adamant with their interest with the prior version. 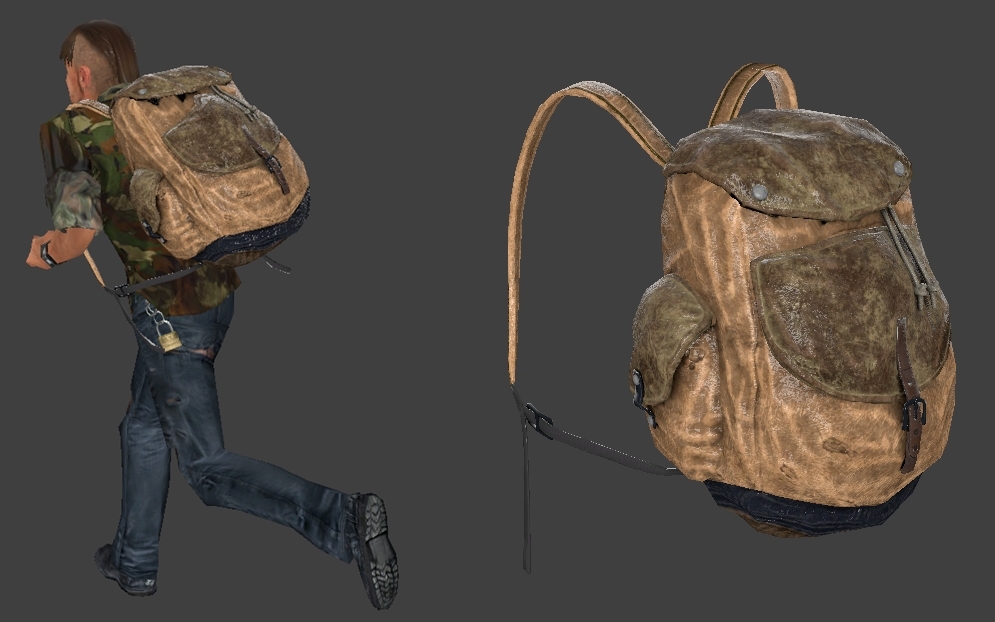 We understand the desire to remain with 2.4. We all lived for five years on the same build and shared lots of fun and pleasant memories, but unfortunately it also had its share of numerous crashes, visual bugs and frustration. We adapted to 2.4, even to its bugs and instability, never believing an update would see the light of day. However, that is now in the past, and we must move forward.

The release of 3.0 was rough indeed, but it has significantly improved over time thanks to rigorous testing and the community’s feedback. Doubly so with the current 3.1 beta, which the community can actively shape and take a part in. 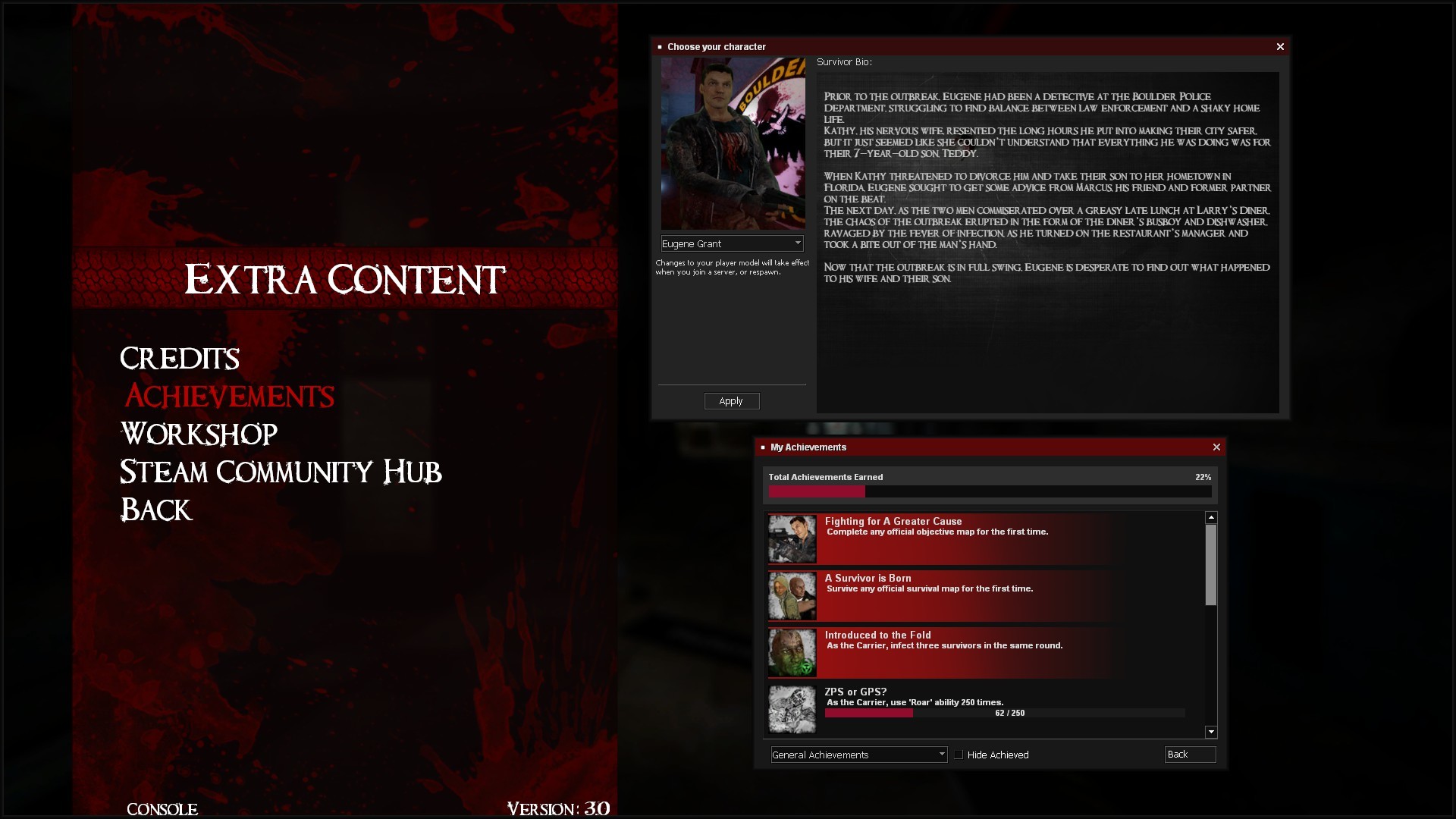 There are numerous things that are possible now that couldn’t be possible on 2.4’s code or the 2007 Base. Thanks to the porting and the upcoming 3.1 update, Zombie Panic Source now has:

We all got used to the same build for many years but unfortunately it is time to say goodbye to the old times. If you have a suggestion or a leftover idea from 2.4 that you wish to return, tell us what and how on the forums. Don’t hesitate to say even if it got ignored years ago.

We hope you will give future updates a chance and continue to give us feedback where to focus on and improve. Voicing your concerns and writing them on the forums is the only way we can hear you guys and direct ZPS to the right path where we all can have fun together.

We hope to have clarified all the misinformation and doubts regarding 2.4’s fate -- why some sacrifices had to be made and what our plans were by porting the game to the latest Source Engine version. As always, if you still have any questions, be sure to ask them in the comment section below.

Q: Will you guys port ZPS to Source 2?

A: Eventually, when it becomes available for free by Valve, yes.

Q: Any chances to switch the game's engine to Unity or Unreal?

A: No. Zombie Panic! Source will always stay on the Source Engine.

Q: Didn't you guys left to work on Contagion?

A: No. We're not the Contagion Team. The Zombie Panic! Team is totally a different team than Contagion's. However, many developers and playtesters retired since 2012.

Q: I want to support you guys! How can I help?

A: Thank you! But we're not accepting any donations. It's a free game. However, we're always hiring new people into the team. If you’re interested in playtesting, or want to apply for a position on the development team, you must create your application at our Team Applications sub-forum.

Thank you for your time,
- Zombie Panic! Team