Toward the end of the war the humans struck an important blow, disabling the planetary defence systems. The planet’s remaining resistance was soon decimated by the combined earth forces. Grand alien cities fell beneath endless waves of high explosive warheads. The Strogg war machine, once a horrific and vicious enemy, was completely decimated. The remaining alien forces were beaten into submission, although small pockets of survivors cowered in the ruins -- roaches scurrying from a former feast of riches. 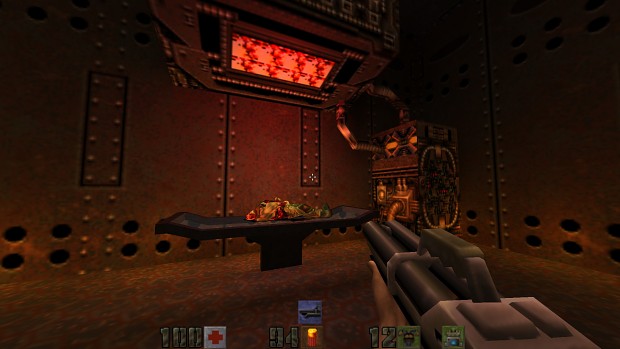