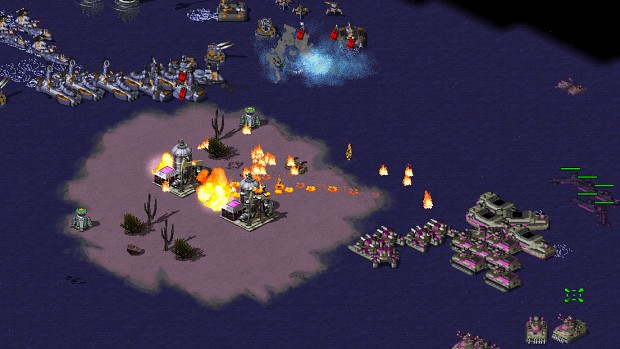 that soviet boat looks kinda boxy/"no style", too much reminds inf/veh transport. some details, like antennas and radar things that are usually on carrier-ships, would be good.
i guess allied one is that in top centre - seems to look good(including details).

Unfortunately Rig and Lifeboat Crocodile to the same. The same situation with Heli-Hauler and War Turtle. I hope to the fix

The next update is also coming with a few extra naval units, to spice things up. Again, this is probably a half way point to the final setup for naval gameplay, but it's already more interesting than it was IMO.

Now, both sides get repair vessels and chopper-carriers to add an extra dimension to naval combat. If the enemy doesn't have anti-air, they can be punished. Naval turrets are also now a thing, to help keep the enemy away during the early game and not push you out of the water so easily! Furthermore changes have been made to existing naval units to adjust balance.