X1: Past And Future Mod

X1: Past and Future Mod


I have recently came back to modding X3: Terran Conflict, it must be this time of year. I was doing three projects when I left, and I have finally came back to update this one. My goal this time was to make the more stable, add more ships, improve the graphics and generally improve things.

Normally when I release a new version I would write a news post before releasing it, however at the time of releasing Beta 3.0 I knew it was not finished in any way. So I have been releasing patches nearly every day since, it is currently up to beta 3.5. I think in its current state its worth advertising it.

When I initially released beta 3.0 (March 05 11) I basically just sorted it out and tried to remember how it worked. To start of with I began bringing over features from my other mod X-Universe Modular Mod, the x-universe mod was actually designed to be an experiment of new ideas so I could incorporate them later into the X1PF mod. So I did.
The mods I brought over included the shield effects mod, directional jet texture enhancement, x2 weapons, the new version of the planet plugin, and the transparent HUD plugin.
However that was not all..

Later on in 3.1 (March 06 11) I worked on killing bugs, first of I took out the X2 Capital ships and my custom ships as they needed more work. Next I fixed the wrong space suit cockpit problem then was to fix the IRE performance issues.

Now onto 3.2 (March 07 11), this was another bug killing patch. The patch fixed the following problems:

Patch 3.3 (March 08 11) was basically coming up with new names for ships, reworking the text files and improving the shield effect.

Patch 3.4 (March 10 11) I actually developed the mod a bit, I did some more work on the shield mod and planet textures as well as adding the x2 boron fighter ships.

Today's patch (Patch 3.5 March 11 11) I didn't get on with at all. I implemented the x2 boron TS, this ship is very animated, and I don't know if it is the newer x3 game engine that does not allow it to animate the way it should or egosoft didn't do a good job. Can not remember how it looked in x2. I also had a go at re-editing the cloud textures, my first attempt made them look like a low resolution and second attempt made them too sharp. I'm probably going to revert back to the textures I had in Beta 2.0. Other than that I edited the Centaur Corvette's lenflares so that looks abit better. 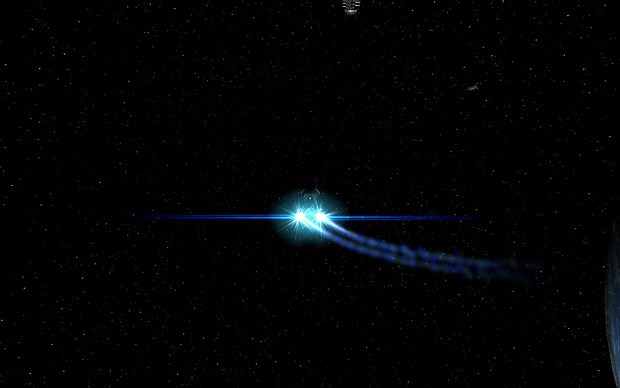 X1PF Beta 3.5 Released March 10 2011
Added / Changed:
* Added x2 boron TS ship (In game, but I can't remember how good the animation was in x2. But in x3 it looks c***)
* Worked on XBTF map styling (Couple of sectors)
* Made argon m6 lensflare smaller (looks slightly better)
* Need to edit shield texture (better)
* Tried out new cloud texture (May change it back)
* Fixed xbtf message coming up even when playing a normal start (still comes up )

Past and Future 3.0 Progress News

It has been over a month since the last news post, and there has been some development of the mod in that time...

Tiring week but I have some ship renders and progression to show you...

X1: Past and Future Media Update

Been a while since the last news update, so here is a news post showing the latest development of the mod.

Next patch before the next full beta version of 4.0. But this patch adds more x2 ships and weapons. I have included the argon M1 and split TL but there...

A few fixes and new additions to the mod, for some reason the plugin manager is not liking installing my new MD files. So you need to copy and paste them...

I spent a lot of time fixing things in this patch, most of them where to do with the MD files which are still not working correctly. You *may* not have...

As there are so many patches now I decided to release a full version for you. No need to have any other version installed for this one.

I managed to get my custom ship in game, I was trying to do it the x2 way but it didn't like it so had to change my plans. The ship still needs work and...

Frustrating patch this time, many thing I didn't like. However here it is, you might aswell install it as it is a patch and you need it for the next one...

how do you go in the cockpit like in the pictures??

umm, how do you install this?

You need the plugin manager: Forum.egosoft.com

Only 54 sectors? isnt that kind of little or is every sector really full of good stuff? (i mean a sector wouldn't be empty and boring)

You still can play the normal x3tc universe, but the xbtf map (54 sectors) just means it is a busier universe for a less impact on performance.

you play with both universes active? or do you choose to play with one active at a time??

If you choose the normal gamestarts you play the normal universe, if you go to custom game > Xbtf Style you play with the xbtf map. Hope that helps

Im downloading the last beta to try it out!

I haven't been working on it recently because I don't seem to have as much time as I used to. I've also lost interest in x3, so modding it seems hard.

Single Player
Tags
Embed Buttons
Link to X1: Past And Future Mod by selecting a button and using the embed code provided more...