Mod for everyone who loves gore and destruction! Adds few things such as possibility to kill enemies from distance with hands, blood and more, see readme for description.

Mod for those who want once again play FEAR with a minor changes for weapons, blood textures, abilities, etc. 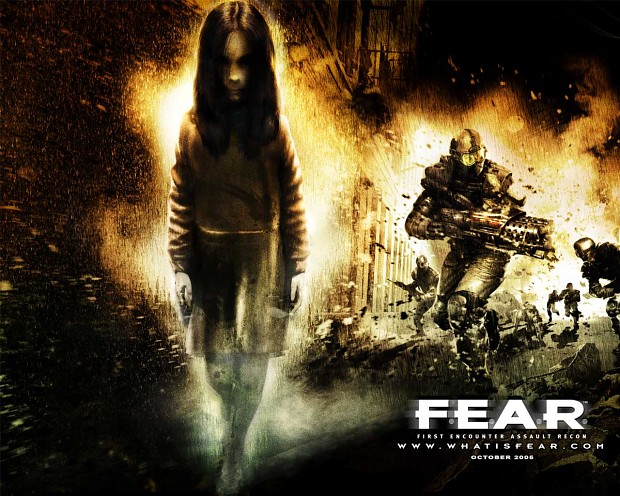 Ok, but what are the changes ? Do u have pix or video ?

Nice mod, better not tell us what you changed not like you want us to play it or anything...

Here i copy/paste the ReadMe file of this mod

Description: This mod is for everyone who loves destruction and gore.

1.Added ability to crush enemy with your fists on distance. You can smash enemy's on the walls, often liquifing them, like you had another super power. To do that just holster your weapon (default h) and attack your enemy with fists from the distance. These doesn't work with kicking and attacking with weapon, that remained the same. For now it's just a punching, but maybe will change this to pushing with your hand like you really were using the force in later versions, if you like this idea. If you don't want to use it - no problem just dont holster your weapon and everything would be same way.

*now it makes everything slower than before, and the recharge rate has been also increased - now you can much more often use your abilities in combat.

*Weapons no longer gib your enemy into blood-dust, although they have a big chance to dismember your oppononets, now you will often see legs on the walls, heads rolling from the stairs etc :D
*Shotgun is a weapon of mass destruction now, it fires 10 pellets instead of 6, so it will throw enemies on the walls tearing them apart because of the greater force.
*Assault rifle has increased damage, but also there will be less ammo for these weapon on the map and picking from enemies.

*Increased grenades range a little bit, and there is also much greater chance to gib your opponents into mist with your grenades

*Added Inoj's blood textures from his mod - there will be more of it on the floor and objects.

Credits: Inoj for his blood textures.

Instalation: Just put "Wolf" folder and "Default" file into your FEAR directory (overwrite the old one). To uninstall open "Default" file and delete the last line.