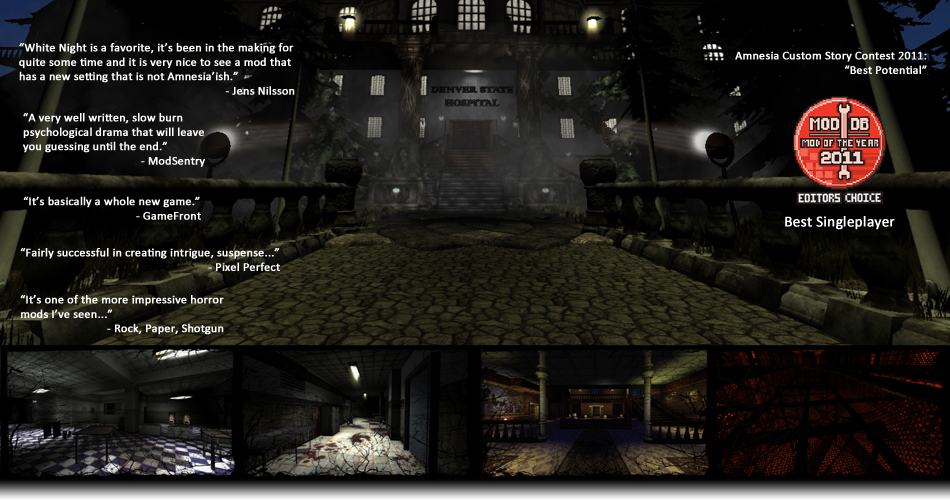 White Night is a total conversion mod for Amnesia: The Dark Descent; and focuses on mostly storytelling.

This is an old-school type thriller. Although it's not mainly a horror game, it'll have its scares; and will offer beautifully designed levels in an old-fashioned asylum with various puzzles to solve. You will discover what happened to David, what he did, and why the mod is called "White Night". But, how are you going to be sure what's been told you, or what you see is the truth?

Are you ready for our session today? Don't worry, I'm here to heal your mind. 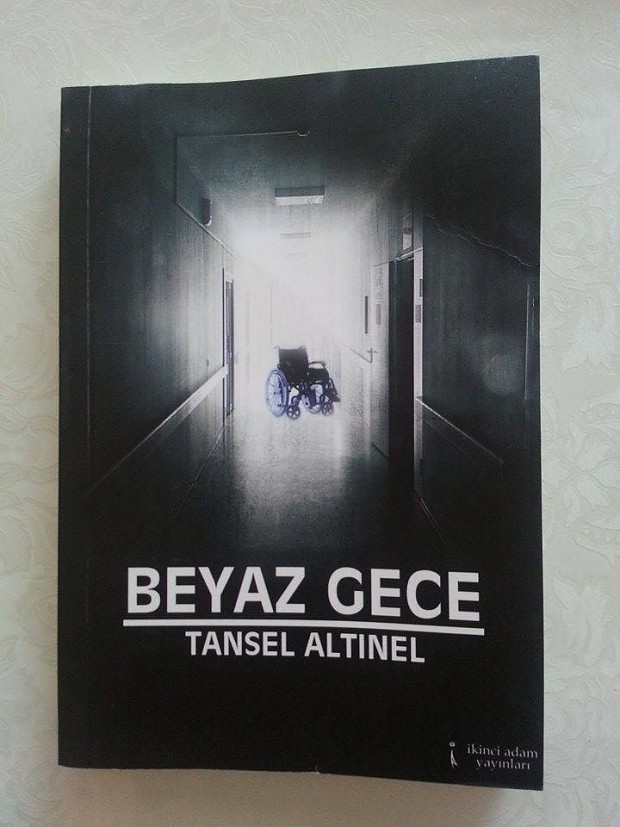 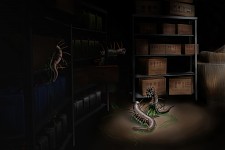 New translations for White Night is added and soundtrack is released on intense request. Also a few info about my future plans are discussed.

White Night is Updated to 1.1

For those who haven't played White Night, or still at the beginning of the game; please use 1.1 version of the game from now on. Also check some other...

Yet another note to you. Here comes first translation pack for White Night, and Nordrassil Radio interview is finally up!

one other note to YOU

White Night Soundtrack. I've prepared this album so that people who are too lazy to search for actual composers will get them once. This album is composed...

Flashlight and Batteries as Pickable Items

Here is the Flashlight and Battery as pickable items. These are the items I use in White Night.

Very old and average mod compared to the newest, as The Four Horsemen and so one.

I could not progress at the phonograph part because the object required to solve it could not be interacted with. After several failed attempts I finally fixed it by uninstalling Amnesia, deleting everything in my steam Amnesia folder, and then reinstalling Amnesia with White Night from the mirror download.

Just played White Night and liked it a lot!! It was well written and had a great storyline with some clever secrets and twists. The only thing I think would have made it perfect was the voice acting, not because of the accent, but because of the lacking of acting on emotions. I give this mod a 8/10 and will recommend it to my friends!

cant get it to load into my custom stories :(

It is a full conversion mod, you need to place it in /redist

Inspired heavily by the shady atmospheres of psychological juggernauts of various pedigree, but perhaps no more so than by Session 9 or Jacob’s Ladder/Silent Hill, is an Amnesia total conversion mod titled White Night of which I had the pleasure of playing for the better part of the last two evenings for a total of about 3.5-4 hours of game play. White Night has a palpable atmosphere that makes you realize fully the depths of the human mind, and of the shadows hanging over us in our subconscious…