What is Warlords Battlecry?

Warlords Battlecry is an unique game released in 2004. The game combines the most representative Role Playing Game elements with the most important Real Time Strategy elements.

The game has an unique hero system, with up to 28 classes to choose from. Each hero can learn unique spells from different spell books. You may encounter common RPG spell books such as Pyromancy and Necromancy, but also unique spells such as Divination, used to enhance the side you are using, or Summoning Magic, which allows you to summon powerful troops on your side. There is no level limit in this game, which means that heroes may level up to level 3000. Heroes can have up to 10 skills, which are further enhanced by the items they are wielding. The game does not neglect the leveling up system. Not only your hero can level up, but also your units may level up to level 20 and you may take your champions into future battles.


The Game has 16 unique races, the classic Humans, Elves and Orcs, but also races never seen before, such as the Swarm, an army of Scorpions and Scorpionmen coming from the desert to lay waste on the world, the Minotaurs, an army Bullmen venerating their God of War, Sartek, bloodthirsty brutes that try to satisfy their endless lust for battle, and the Dark Dwarves, a clan of Dwarves that imbues it's siege weapons with magic. With such machinery they don't need to fight the battle themselves as the constructs they build ravage the enemy armies immediately.

The game also has a random map generator that further increases the game complexity by providing the map with crucial command points, temples that when hold will summon powerful deminic allies to fight amongst your armies, quests for your hero that will require him to do risky tasks, but reward him with powerful items, large amounts of money or powerful allies to fight on his side, but the maps will also have threats, lairs and dungeons from which armies of Undead, Goblins or Giants without an owner will form, and attack other factions, raze bases and even try to assassinate your hero.

Sneak Peek at the upcoming changes

The biggest change to the Sirians Faction is a new ability, Knights of Agaria. This ability is a upgrade toggle which means that it's effects can be disabled and enabled any time during a game. When this ability is enabled, weaker but cheaper armies will be shipped instead of your usual armies. 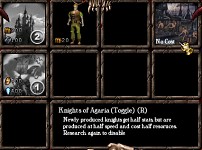 As long as the upgrade is enabled all your ground armies will create at half the stats, but will cost half the resources and produce for half the time. This might not sound as useful, but it will prove useful to the Sirians. 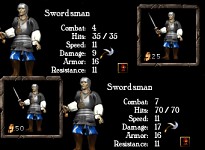 The Hand of Sartek faction gets a huge game play change. First, they no longer have access to Thralls, their default mine fillers, which are replaced by Eagles. Eagles are flying builders that cannot fill mines. 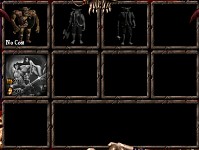 Being led by the Omen of War, Minotaurs will gain a small sum of resources for killing any unit, which will make up for their lack of mine income. This will change the faction's play style entirely. The faction will now focus on offensive tactics and will have to resort to offensive to gain as many resources whit as little army casualties.

Take a peek at the upcoming Martial Arts Spell Sphere, with all it's spells, while also looking at the new Divination Magic Changes

The new Infinite Interactive Forums are up and running!

Infinite Interactive are the designers of the Warlords, Warlords Battlecry and Puzzle Quest series!

An unusual crash caused by terrain files seems to cause problems among users.

The Fifth Horseman is a standalone mod of WBC3 That brings huge changes to the game, both Altering , races and heroes, hero classes and spell books.

Note: People who downloaded before 3 November might need to download it again. Behold! A new version is here! Click below to see the changes. The full...

I realized that towers used to deal 1 damage. This occurred due to the game identifying shooting towers as illusions. Should no longer occur after the...

anything new about this,or the mod is dead

The mod is dead. Last I heard of eSPee/Jim/Faestus (depending on the forum) 2 and a third years ago, he was developing a Unity port of WBC3, but stopped.

I'm not certain, but I think the reasons why were that he didn't have the time anymore and also that the aim of the project conflicted with The Protectors (as in they were very similar - bringing the game up to modern standards). I haven't seen or heard of him since he left the TPC Discord.

Hello, i have a question...Does the normal campaign work or it crashes???

it works fine for me... the only issue I have is non working vampirism and getting useless items instead of relics for certain campaign maps... :/

I need some help. We keep crashing in multi player games. is there a fix for this?

Sorry, the mod is rather unstable at the time.

I don't know what causes the crash so I might not be able to fix it.

Is this mod still going?
I have two mods I'm playing currently and the original as well, and would like to play this one as well.

Yes. You can get a download link on my forums.

However, the version is crashy and I might start over from scratch somewhere in the future.

Good to know.
This mod seems awesome and probably play just as well, I'll test it later. Hope you don't give up on this project; unfortunately I believe I have no means to help you, but do not shy from asking if you need.

I just realized the banner on top of this page is all about boobs. lol

That was awesome, sir. haha :)

Vengeance of the Blood Ravens Dawn of War II: Retribution