VTMB: Camarilla Edition is an Expansion Overhaul that completely changes the game mechanics and how we approach the game of Bloodlines. After playing through Bloodlines over 10 times the replay value has decreased, and we started thinking of ways to improve the game to make it much more realistic. I have long since been a fan of Bethesda's Open Ended Sandbox games so that is the feel I wanted to bring to Bloodlines. One of the biggest problems with Bloodlines is that you never get the sense of BEING a Vampire. I mean you have powers and you drink blood, but only to fuel those powers most of which are extremely short lived. Not only that but I have never dropped below a humanity of 10 because I was never in danger of going hungry. So what we did was completely overhaul how everything from Feeding and Regeneration, to Bloodpool and Disciplines work, giving you a completely new experience to Bloodlines unlike anything you've played in the past.

Inside this game manual contains all of the changes from the vanilla Bloodlines. 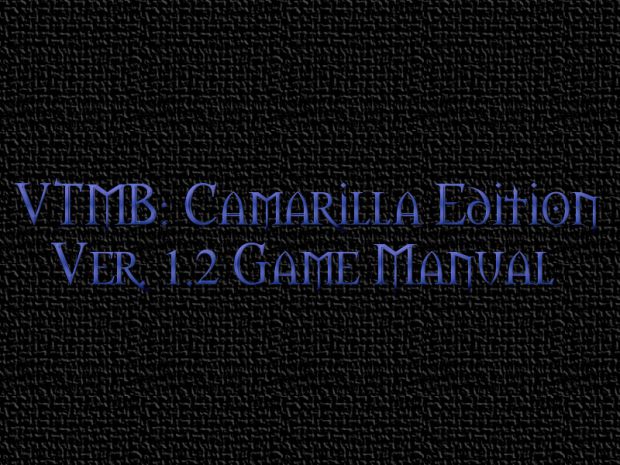