Victoria II: Kaiserreich. The mod itself, is inspired by the legendary Kaiserreich for Darkest Hour: A Hearts of Iron Game and seeks to play on that mod, but begin telling the 'alternate history' from 1921 rather than 1936.

Do you need help?

Glad your reading this, to anyone who still cares about the mod. I haven't updated this in a while due to exams and such, but after some solid modding I can say I am proud to announce the release of Kaiserreich 0.6 BETA. (Please remember, BETA!)

I'm gonna be brutal, it's not a huge patch (40 new events and 10 new decisions, amongst other things) but it does address some of the issues that have been bugging me, and hopefully you. A full copy of the chanelog will be disclosed at the bottom of this document. 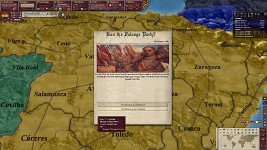 I'd also like to thank everyone who had the patience to make a let's play of the mod so far, it's been very encouraging and I'd like to thank you in that respect. I also included a donation button, to facilitate donations from anyone who appreciates the work I've done so far, Kaiserreich isn't the best mod but it's still damn some hard for one guy to make!

I've also set the release date of the mod for today, basically, 04/07/2014, even though it's not really finished. So you can review it which I hope will attract more players (Please don't give it 1/10 D:).

As I stated originally, this update brings in many new events and decisions and fixes others. There are also new countries, starting army changes, unit and economic rebalances (I am 90% sure the economy is fixed now). Most importantly, however, is the issue of lag. While I personally an play and enjoy the game in the mid-late era (Space Race kind of era) I've noticed many YouTube let's plays have been suffereing from excessive amounts of lag and have had to stop. I believe this is due to the excessive population, and thus have completely removed all (I think so anyway :P) population growth modifiers in the tech tree for this release. Ironically, Kaiserreich's projected population figures over time actually reflect real Earth growth but the game's engine does a poor job of simulating that many people. 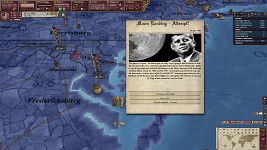 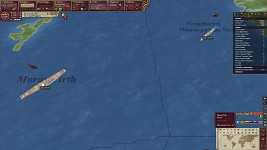 I also have an announcement to make.

1. Victoria II: Kaiserreich Cold War (DLC). Although only bare-bones developed at the moment I think you will like the concept. My planned 'DLC' adds 4 global blocs you can form akin to the Warsaw Pact and NATO of our timeline, each represented by a 'Superpower'. There can only be 2 'Superpowers' at a time. These superpowers will have access to several new casus belli's 'Install Democratic Gov', 'Install Fascist Gov.' etc (As happened during the cold war) amongst other things. Civilized nations with an ideology equivalent to that of an active superpower will get the option to form an alliance with that global superpower and get a huge relations boost with all members of that pact. So, when one of the super powers declares 'war' on the opposing active superpower, The Great War mechanic will make one hell of a fight for everyone to see. But, like I said, I have not made much work on the concept yet and your thoughts are very much appreciated. (Head over to the ModDB forum!). I say DLC not because I'm going to charge money for it (Illegal, ofc), but because I believe if successful it will change the game mechanics so much that it should be optional for those who want to download it, actually separate from the main Kaiserreich download.

Here is the chanelog as it stands. The download might not be up by the time you see this post, and expect some changes to the chanelog before the morning:

Once again, thank you for your support and...

Finally, the next version of Kaiserreich will be released sometime on Friday evening or on Saturday at the latest.

The 0.5 update is finally released, only minimally behind schedule, and hopefully will contain features you can all enjoy!

Kaiserreich version 0.3 is here! The last version I consider alpha. 0.35 will follow in time to address bugs in the game and such, followed by the 0.4...

A hotfix to fix the error where the game would not start because of the fact that the flags for 'The Republic of the Daunbe' were implemented but not...

vote in polls for kaissereich to play this mod in victoria 2 mp! Discord.gg

Just so everyone knows if you've got to switch Victoria 2 over to patch 3.03 in order for the mod to work otherwise it'll break when loading the map

it crashes on ''map properly initialized''

My game crashes whenever I want to start playing a nation

my game crashes on startup when it says map initialized

Clear out the mod cache folder by deleting everything in it, but not the folder, see if that fixes it