VANCE is a Half-Life 2: Episode 2 mod from the perspective of Alyx. In this story, Gordon Freeman declines G-Man's offer at the end of Half-Life 1, and so is presumed dead by the time of Half-Life 2. Replay through the events of Half-Life 2 with new and improved environments, overhauled combat, graphical enhancements, voice acting, and more.

We decided to write down a quick status of what is going on and what is planned for us to do until the end of this December.

Right now, we are mostly working on fixes. We recently ported to an entirely different engine branch (2013 MP), and some of the issues are really hard to nail down, so it's taking some time.

Our current plan is to have one more media update soon, hopefully early next year, with previews of new gameplay features and all of the other technical/code related news we couldn't fit into this post. We have also finally gotten around to contacting Valve about an engine license, and we hope we will have some news for you about that in the near future.

With that out of the way, here’s some content and changes we’ve been working on, starting with models: 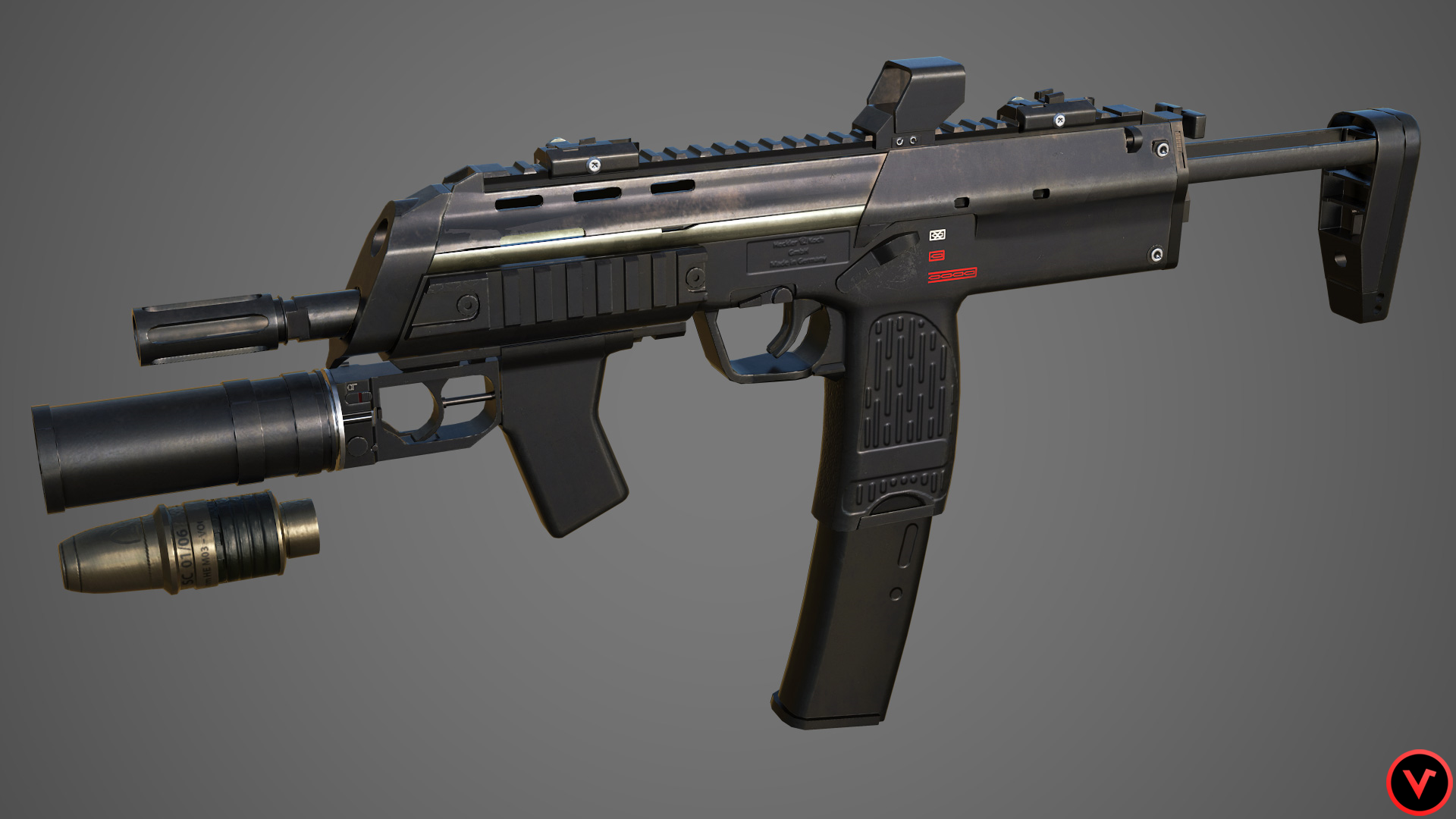 Redone MP7 grenade launcher, with improved materials for the mp7 as a whole, by Reza Wicaksono.

Here also is the final Revolver, by Reza Wicaksono. The proportions have been adjusted to be accurate to Half-Life 2’s. 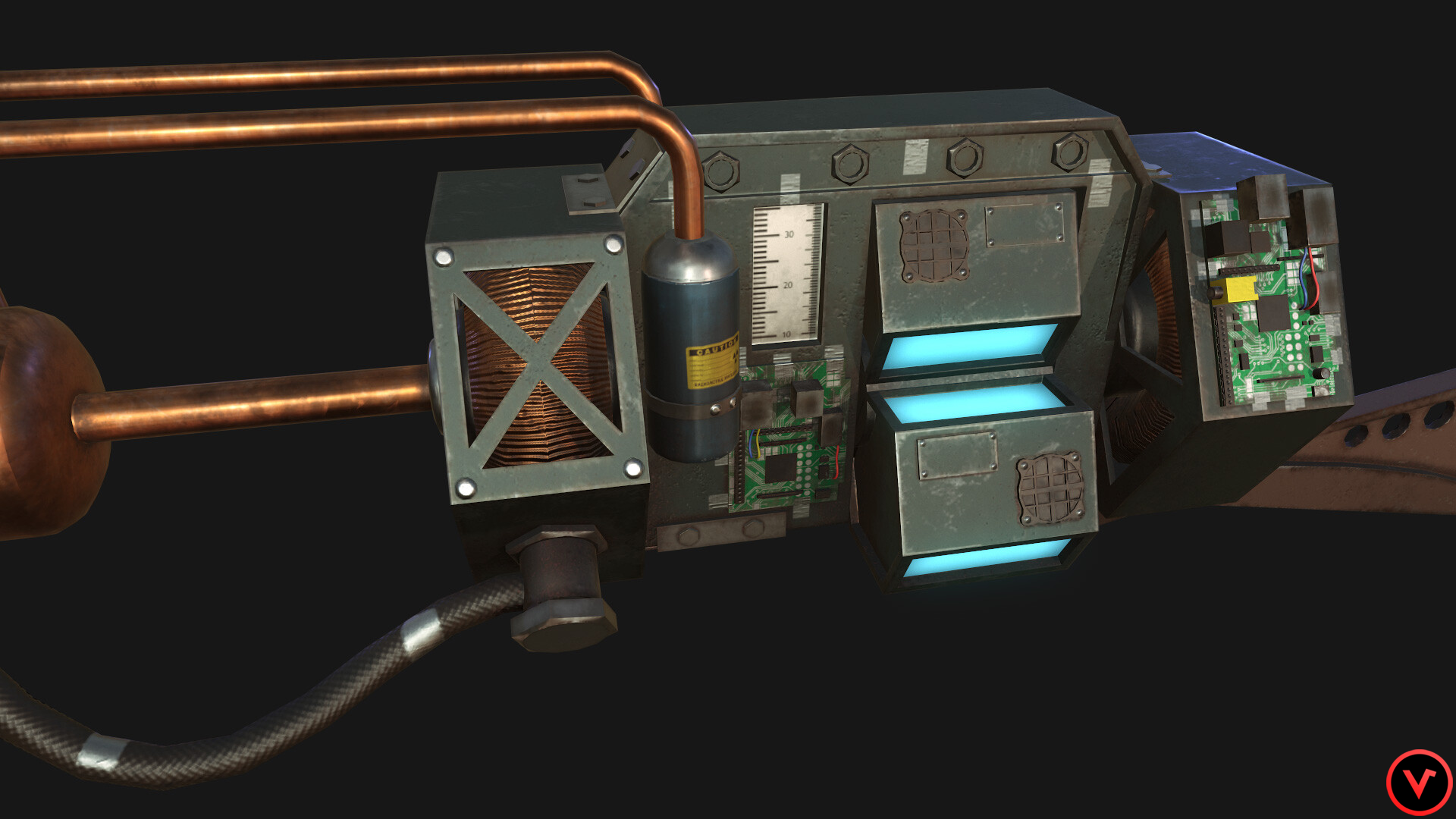 Here’s some improved materials for the tau cannon (by Reza Wicaksono) that we showed in a previous update.

Lastly, for weapons, we have an in-progress version of the new Combine pulse LMG, by Phu D Le

We also have a couple character models to show, one is a redesign of Alyx’s suit to fit closer to the original vision, and also address some criticisms the previous suit received: 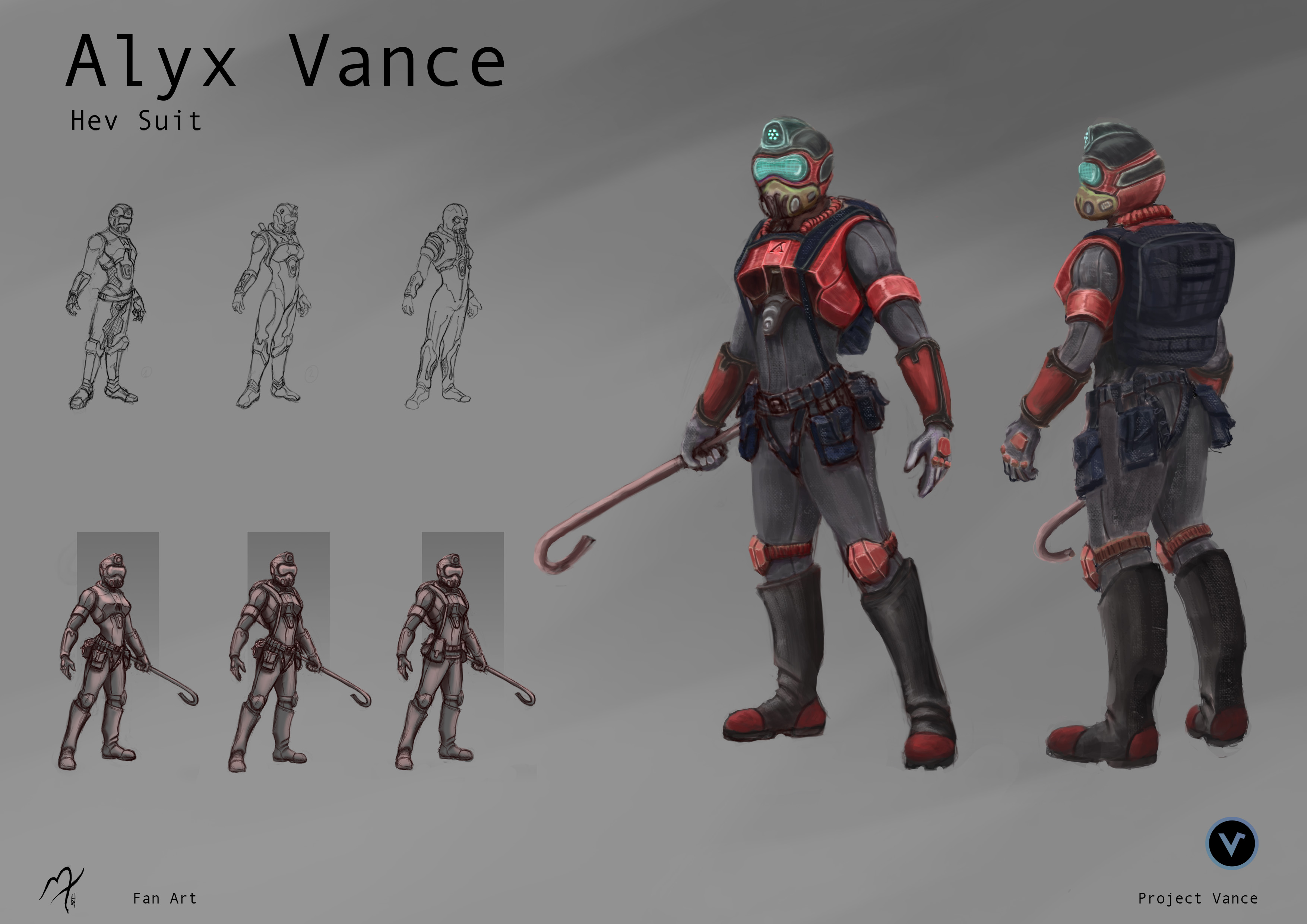 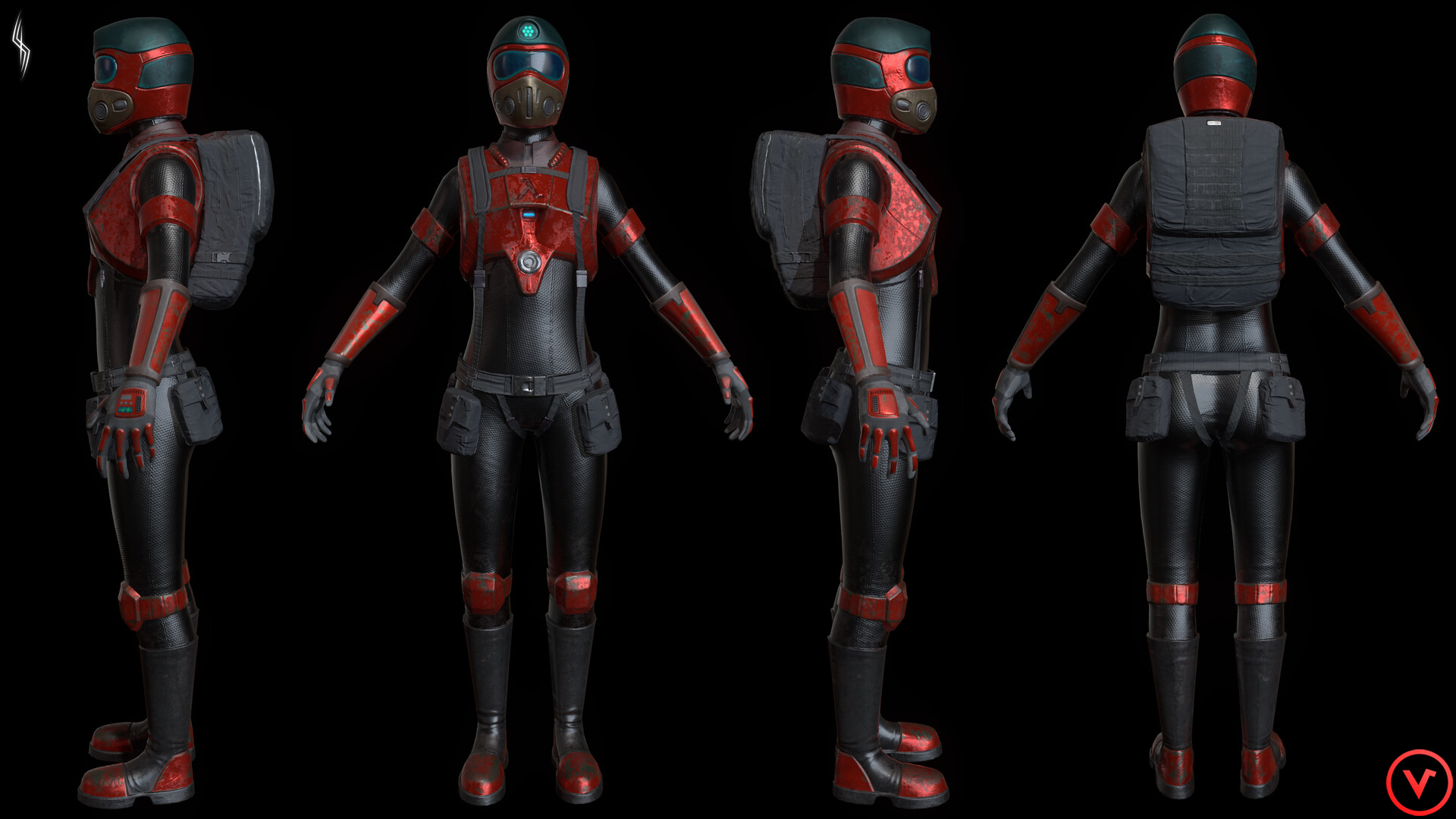 And the other is our finished interpretation of an Elite metrocop, who’s concept and WIP model we showed in a previous update: 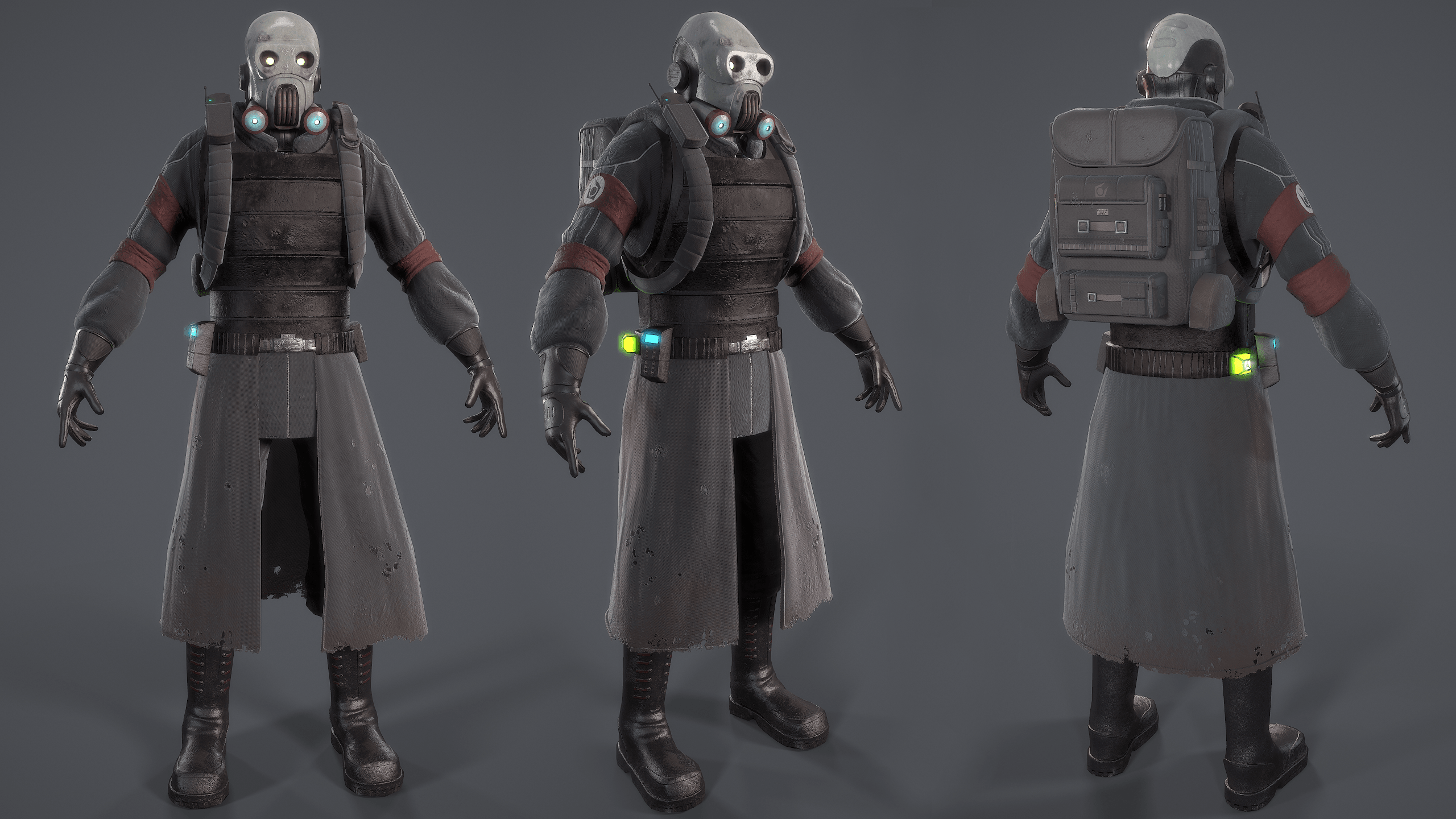 As usual, Totterynine has been doing incredible work on the graphics programming, and we are always excited to show how we’re pushing source to its limits. We have a lot of newer graphical improvements, as well as fixes to previously shown graphical features:

The depth bias in our Cascaded Shadow Mapping has been fixed, and dynamic global light has been added onto it: 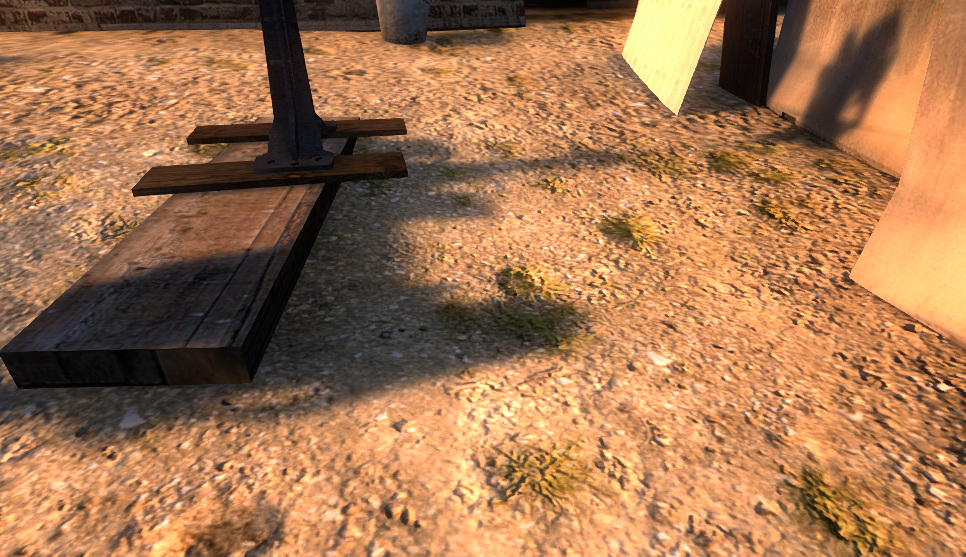 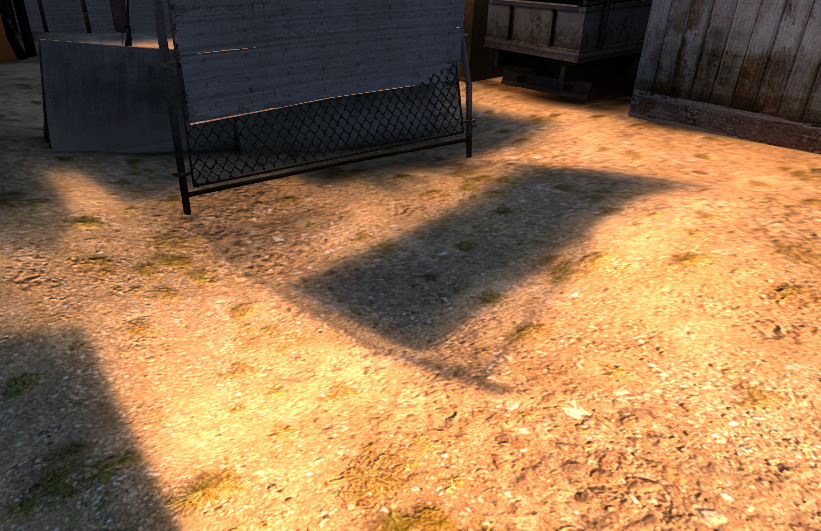 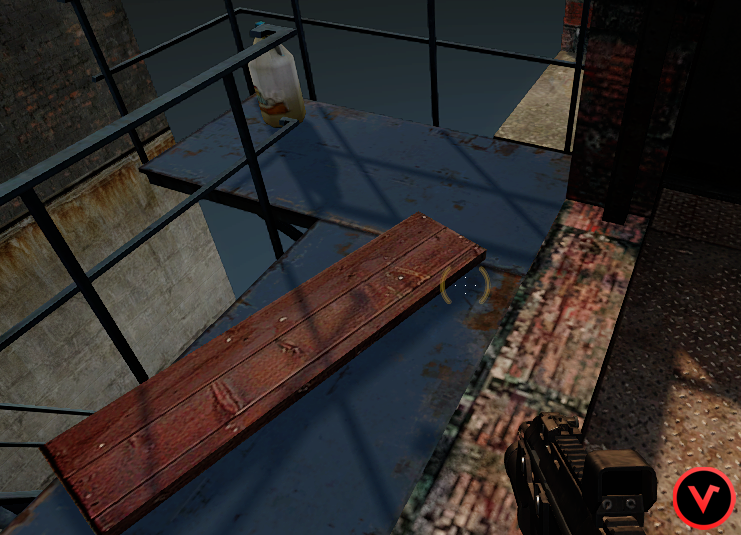 PBR has been implemented on brushes: 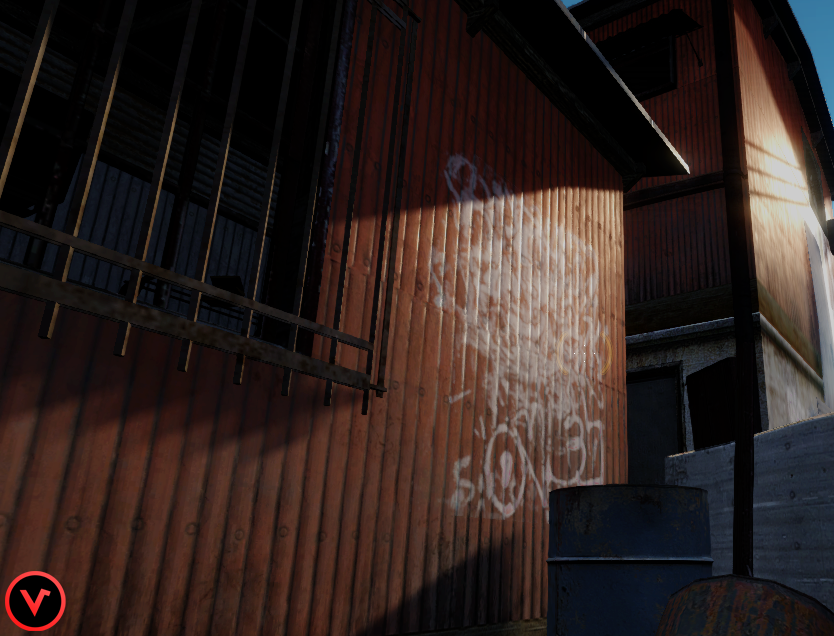 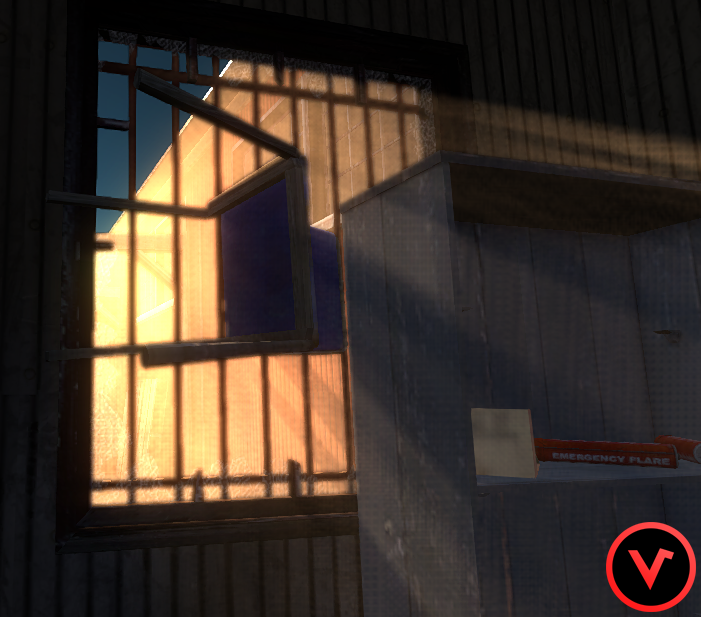 Deferred lights are implemented, and the 2013 MP port mentioned above allows for us to have a limit of 25 lights (and possibly higher): 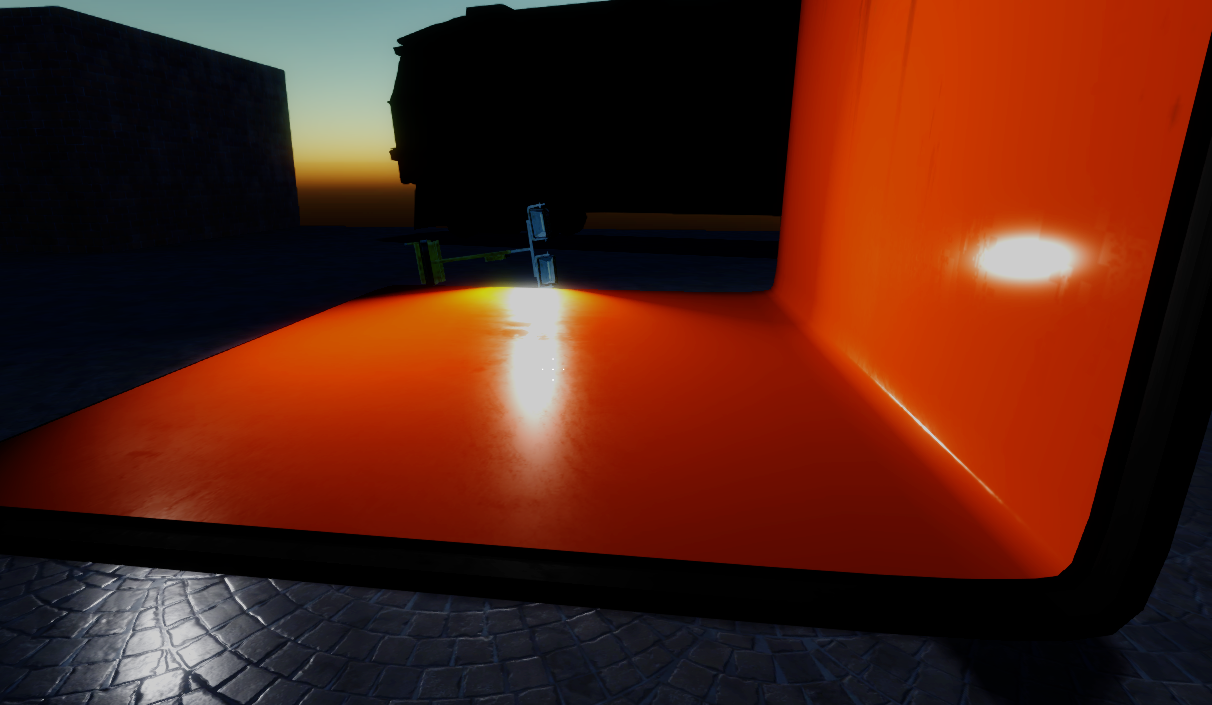 We have also improved the tonemapping algorithm. We are now using ACES rather than burgess: 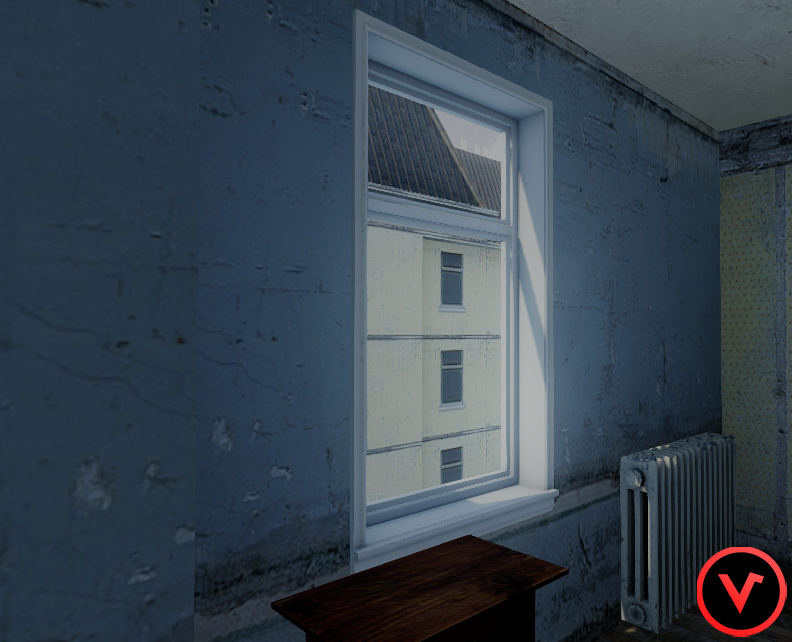 Lastly, we have some environmental content to show, starting with a concept for Ravenholm by Mateo Tedin: 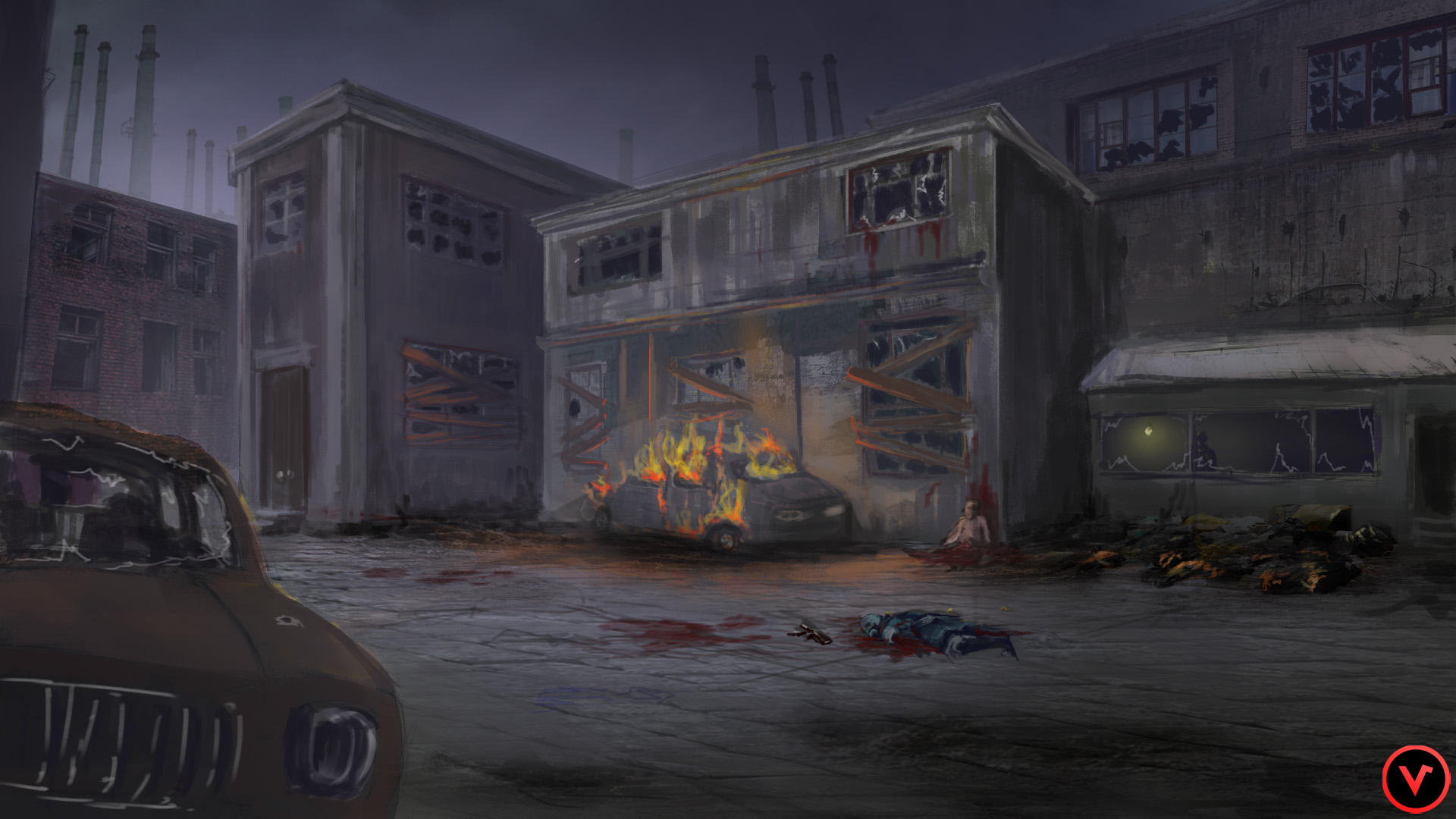 And finally, thanks to our lead mapper Ciefstatten, we have some more ingame screenshots of our newer, more detailed interpretation of City 17: 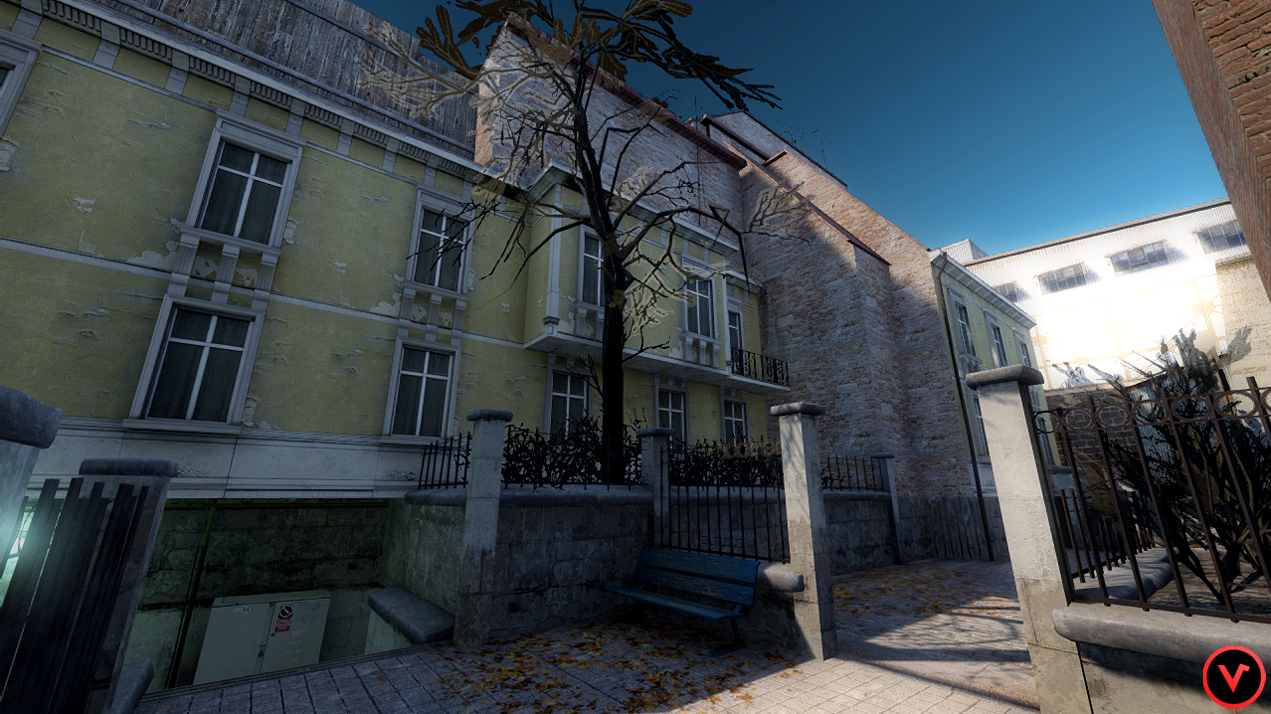 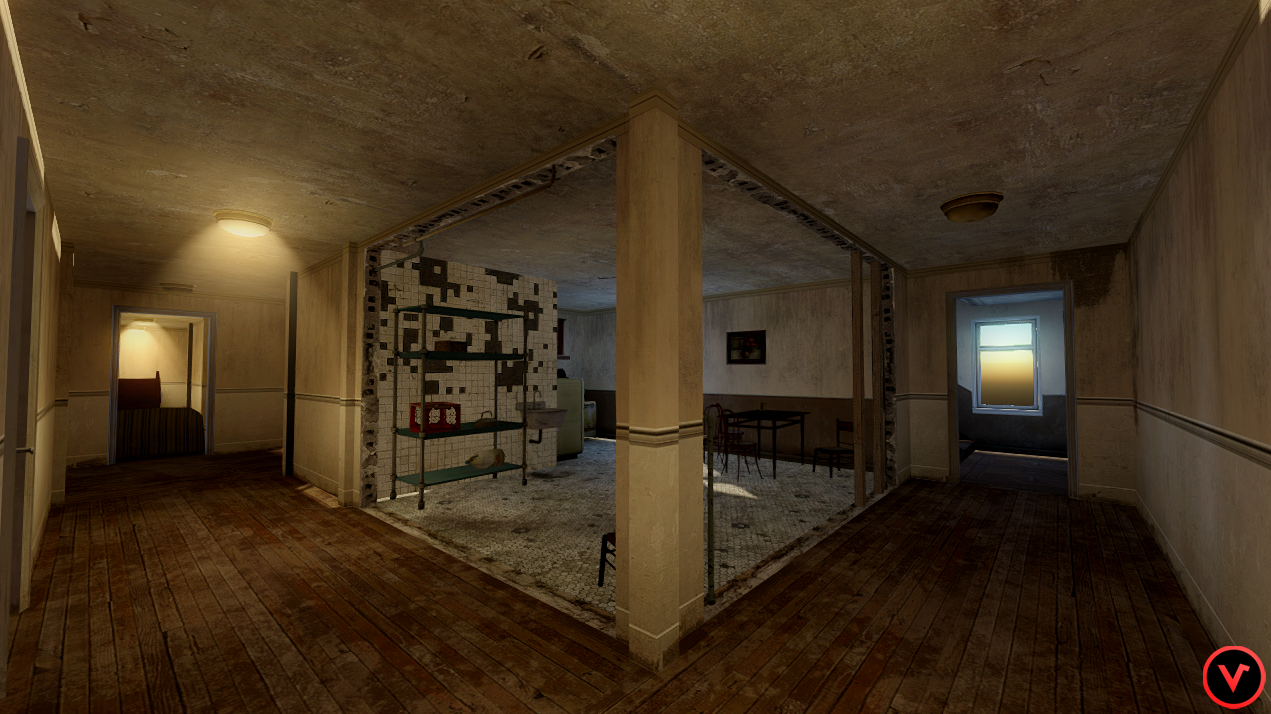 This concludes our content for part 1 of the status update. As stated earlier, part 2 will include more of the things seen above, but will primarily focus on gameplay and programming.

If you're interested in helping out, we are always looking for new members. Here are some of our available positions if interested:

-Mappers (with experience making fun and engaging gameplay, as well as scripted sequences)

-Programmers (For gameplay and AI)

-Modelers (Both for weapons and characters)

I would also like to announce that we have a Patreon for the mod now. I must stress that donating will never be mandatory, and the quality and integrity of the mod will not change based on how much money is received. The option is here for people that are interested in supporting the mod further, and all money received from donations is intended to go towards development.

We already have a couple people donating, and we appreciate it greatly. You can read up on the tiers and rewards here: Patreon.com

So, that's it. Hopefully by the end of the year and the beginning of next year, we can continue working full speed ahead, and hopefully speed up progress with your help.

Thank you for sticking with us, and happy holidays! See you in 2020!

-brandy and the AdVSoftware team

Our third media release, mostly focusing on shaders and models this time.

More of what we showed off last time, now including shaders! This is our second media release, with many more ahead.

Models, maps, and more! This is our first real media release, and will most definitely not be our last.

hi, what is the progress of the modification

After the success with Black Mesa I don't see the reason to not give a chance to this project since last update sent in the 20 December 2019 confirming the possibilty of a great work.

So you guys are making Half-Life Alyx for non-VR users? Cool!

This definitely NOT 'Half-Life: Alyx' for non-VR users. The mods description states that this is an alternate storyline to Half-Life 2, where you play as Alyx. In this story Gordon Freeman is presumably dead.

That's really cool. keep it up!
I have a question. What if Gordon survives the anit-climax?
(Or should we keep it a secret?)

G-Man would just do it again, and harder.

I can't believe how good this looks. High quality mod.

so what are your thoughts on half-life alyx?

Why is this buried?

If you're asking whether it will affect Vance at all, it probably won't. Perhaps Vance will have some references to HL:A, since HL:A is still technically a prequel to Vance. That's about it though.

i think you should edit the story line of the mod, if you saw the HL:A ending you will know what i mean...

HE WILL NOT DIVIDE US Half-Life 2: Episode Two