Additionally, Valiant includes a number of new monsters and weapons implemented through an extensive MBF format DeHackEd patch. As a result, Valiant is not compatible with gameplay mods, and can only be played in ports with full MBF DeHackEd support. At present, these include ZDoom, GZDoom, PrBoom-plus (complevel 11), and Eternity. Zandronum is also supported through DECORATE.

Other Files By Author :

Thanks for voting and helping Valiant on it's quest to become the 2020 Mod of the Year. You are now in with a chance to score some free games from our #modlove collection. Help this mod secure more votes by embedding the widget (or link) we have included below on your favorite sites.

Back to Saturn X

Doom is now twenty-two years old and shows no sign of slowing down. Gameplay modders, map authors, musicians, coders, and more continue to trickle in to an aged yet vibrant community.

To play these you will need Doom 2 from a store or steam. And for the best experience grab.

To play the maps, the wads can be run by dragging on the exe, or shorcut gzdoom.exeˇ-filename 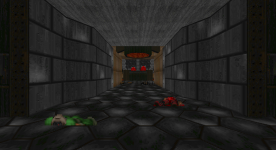 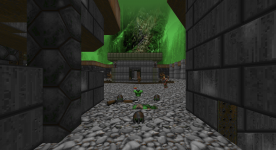 A few days after the events of Concerned, another hero tries to breach the C.E.R.N facility, things have changed though, nukage is flooding everywhere including the surrounding mountains, things are really going downhill. The objective is simple, to try and halt the invasion by closing the portal discovered by our previous hero whos location and life signs remain unknown......... It is all up to you. 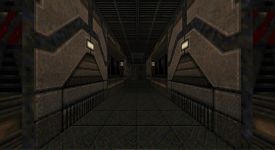 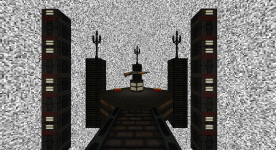 Single map for GZDoom (Doom 2), made for Tormentor667's Doomja Vu. Creepazoid atmosphere with custom weapons / enemy edits. 'Nuff said. You are an engineer employed by the UAC to investigate the source of a strange signal originating from an abandoned facility. This wad tells the tale of what happens next... 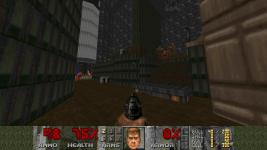 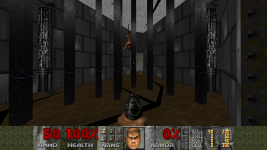 Here's a three-key odyssey map which you can beat without finding any keys or even really going outside. For Ultimate Doom! as always the song is the main attraction and the level is just a descent into absurd madness. 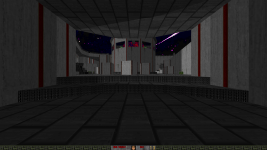 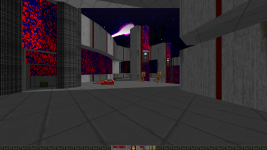 50 Shades of Graytall is a project designed around creating maps with interesting architecture and gameplay despite being limited to a selection of arguably hideous textures. Started in response to a silly post made in the Editing forum which led I and several others to attempt maps using the (slightly edited) rules in the post, hoping the result would be decent. Eventually opened up to the community and here we are! 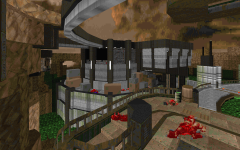 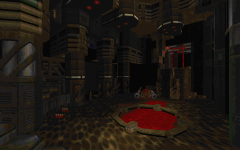 Sprawling techbase medley with surreal interludes in hell. Assume the usual twaddle about teleportation research gone awry. This was an exercise in using the original Doom 2 textures and specials to build something very modern: with intricate spaces, long vistas and a bunch of half-assed environmental storytelling. Inspired by No Rest for the Living, Visions of Eternity, Vaporware Demo and Metroid Prime. 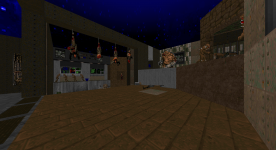 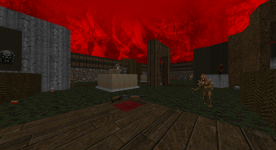 Swift Death is an extremely hard megawad, calibrated for speedrunners. I recommanded for novice players to play in "easy" ("Toilet Break", or "Soft Event"). SD is realized in speedmapping sessions, for the most parts of maps. These maps are generally small, and contain on average 75 monsters. They are also compatible for the duel / deathmatch. 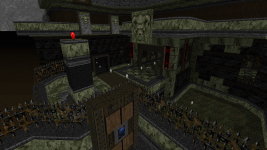 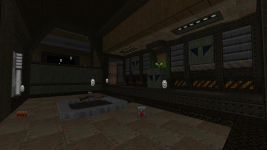 Welcome to Skulldash, the fast-paced speedrun arcade mod For Doom II. The objective in skulldash is to collect the Skulltokens scattered around each level to unlock the exit. While collecting the Skulltokens you have to race against the clock, as there is a time limit to beat – all while defending yourself from the hordes of monsters from hell.

The main goal was to create a vanilla classic episode themed on Doom2 techbases. I was as well influenced by d2twid and 1994-1996 maps

Sunlust is a set of 32 boom-compatible maps for Doom II, designed to be played from pistol start. The maps meander through a range of themes, from traditional bases and temples to abstract hellish, void, and tech aesthetics. UV is designed primarily for ubermensch doom-gods, thus we encourage most players to start off on HMP or lower. 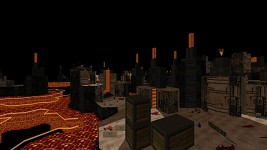 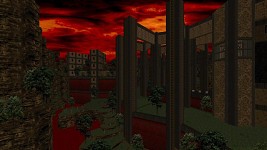 Valiant is a MBF megawad for Doom II featuring 32 new maps spanning 5 themed episodes. Each map is designed to be played from a pistol start, but some effort has been made to support continuous play as well.

This edition of Valiant strips out all of the MBF DeHackEd work from the original release, which means this version is compatible with gameplay mods...

Valiant is a MBF megawad for Doom II featuring 32 new maps spanning 5 themed episodes. Each map is designed to be played from a pistol start, but some...

one of the few megawads I had the patience to finish, it's consistently great without a single filler map

Edit: This was supposed to be an answer to medve...

Music is made by James paddock and featured in a number of Wads, check out Back to Saturn X I and II, they have excellent (if not unmatched) music as well.

One of the best soundtrack in a wad. Maps are rather huge and full of traps, and secrects. Some of the enemies have been made mroe badass...they look better, and they spam harder. FIREBALL SPAMFEST!

Back to Saturn X Doom II