In 2008, experiments on people were conducted in the black mesa. Experiments to accelerate the response of a person and his adaptation to hostile environment. One of the experimental was Corporal Frankie. Soon he the only survivor of the test subjects and they froze him, counting him too "dangerous subject". In 2009, the black mesa occurred a catastrophe that entailed a seven-hour war and a quick enslavement of people. In 2010, the corporal defrosted the alarm system surviving from the black mesa. The corporal got out of the ruins of the black mesa and discovered a strange blue light teleport hanging right in space. These teleports (portals) of the alliance have remained since seven-hour war, then through them transported the alliance of his soldiers. The corporal went through a teleport and found himself in a deserted German base. Torchwood, now one of the bases of the alliance. (translated)

The main character is an experimental military in Black Mesa. According to the plot, after a series of experiments (thanks to which he acquired the ability to slow down time), he froze, finding it too dangerous. Years passed, Black Mesa has been lying in ruins after the HL1 events for a year, and the frost capsule has thawed this hero in an emergency, after which he jumps into the nearest portal (according to the plot, these portals have remained since the seven-hour war, the alliance threw soldiers). The mod starts from the moment he woke up already after passing through the portal in an old abandoned military base, which, ironically, at the same time, the soldiers of the alliance began to storm. And of course, the main character needs to leave this underground complex as soon as possible, after which he enters the forest, the caves and ends his way again in the same place from which he began. (translated)

This mod actually started in 2011 as shown in this message (Russian):
Vk.com

After this they started working on the continuation of their mod called Unreal mod 2: Dead Land but never came to release it.
These photos show the progress of the mod: 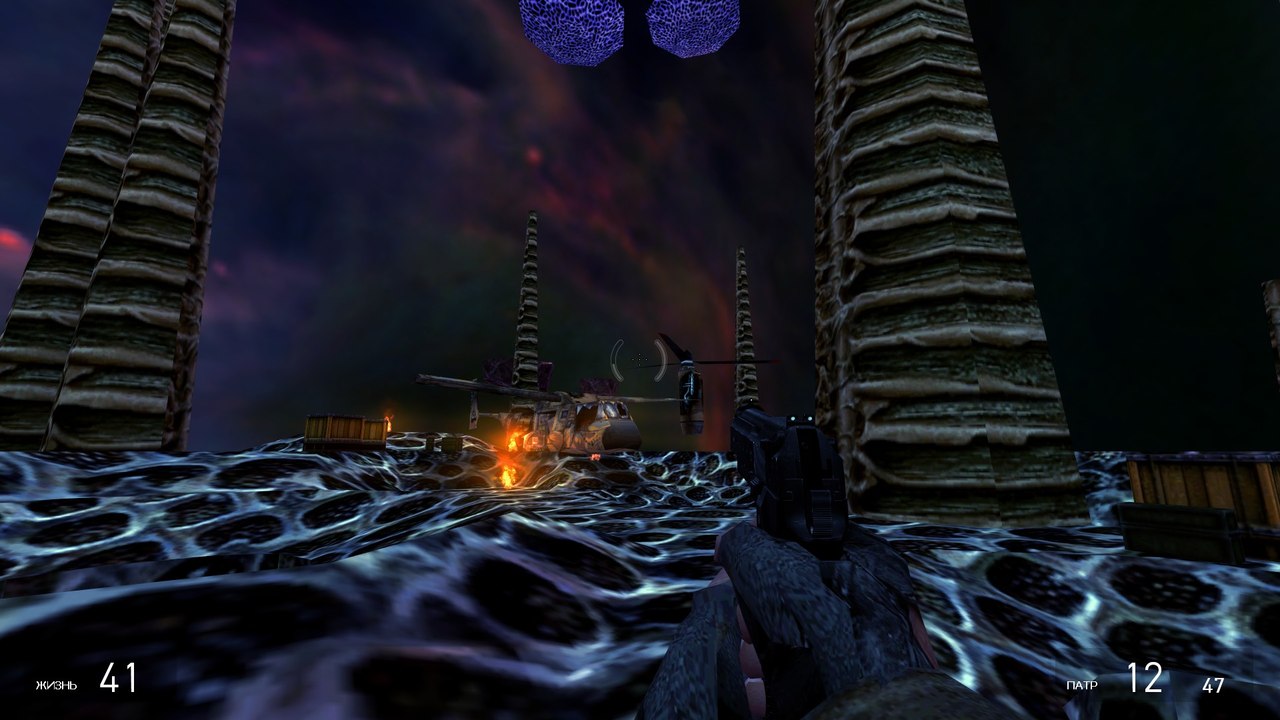 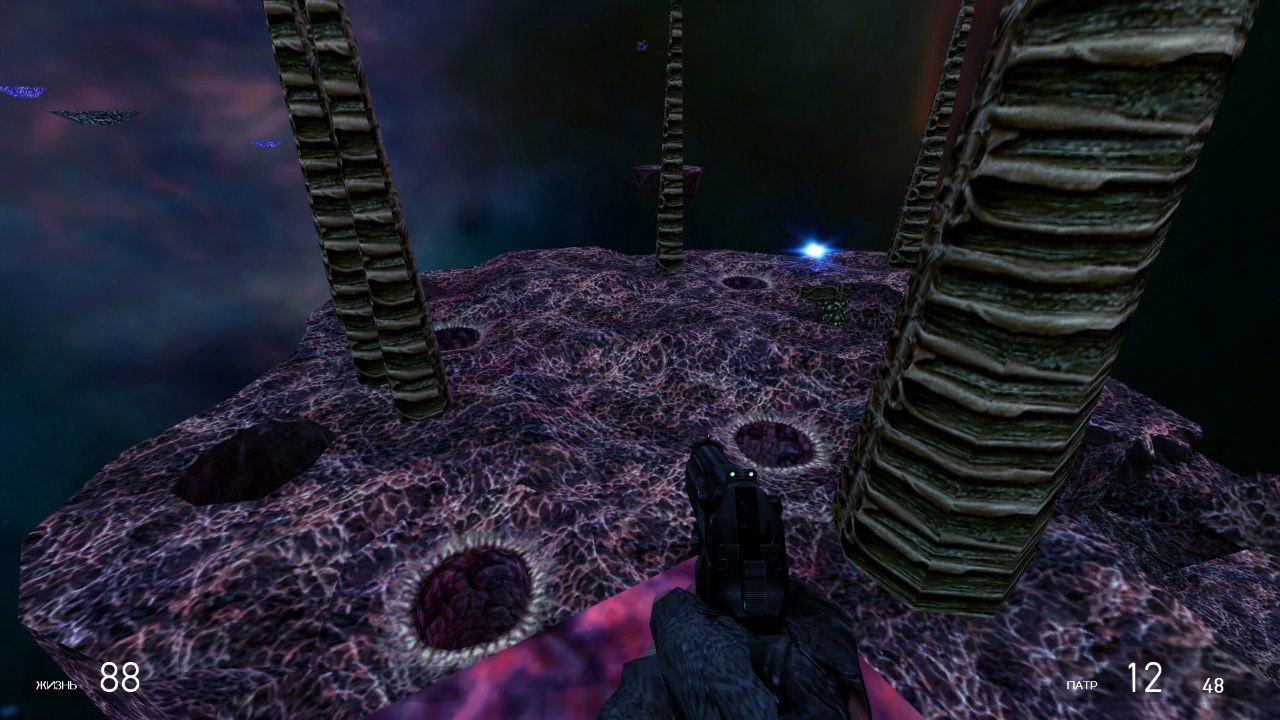 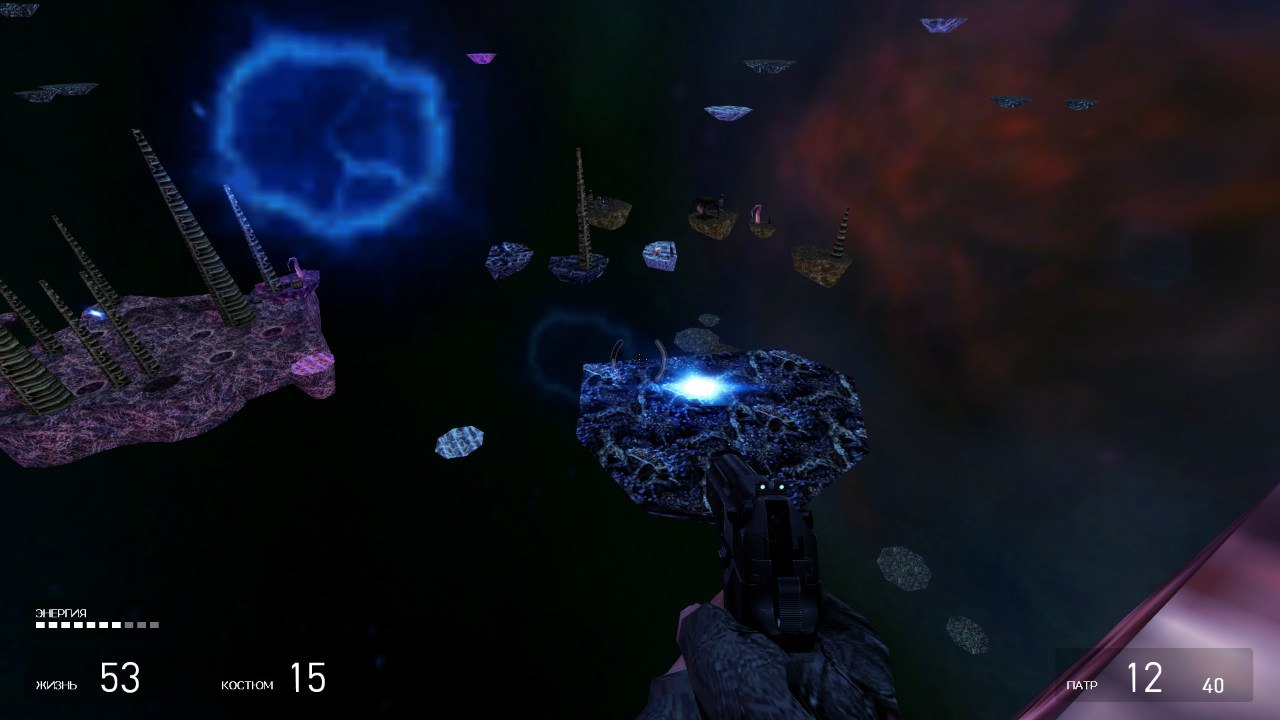 and in 2015 the team changed its name to Nerveholle-Team and the mod and files disappeared. Until today...

Here can download all the files released for this mod:

I would like to thank the PiliShic in the rutracker forum by uploading the 2011 demo.

2014 demo is like a Cinematic Mod of 2011 mod.
I dunno, but I think the devs really like CM, so they applied in their mods from 2014 forward.
In the files I try to keep the originality, so the folder names are the same in some cases.
I just fix it to run on more current versions of the source engine ;)

The archived files for the 2011 Unreal and the 2014 Demo both are titled "unrealmod". I dled and played the 2011 version, then dled and installed the 2014 demo into sourcemods. It overwrote the 2011 mod because both have the same file name. So you will have to alter one of the file names if you do not want to overwrite one of them.
Don't know yet whether this issue affects the 3rd unreal mod, but at least now I know to check before I try to install it.

"loading the new game button". I have no idea what this means.

The approach you suggest will work, after a fashion, in that you will be able to play each mod. The problem I have with this is that your method only allows you to have access to one at a time. To play one of the others, you would have to remove the current one from Steam, and install another. This is just about the exact opposite of the purpose of Steam.

It would be the simplest thing in the world to make sure the sourcemods game folder for each version has a unique name. I don't know if the game titles in the gameinfo.txt files are the same, but I can imagine that might pose a problem for the Steam client. A problem easily avoided, again, by making sure each version has a unique name in the gameinfo.txt files.

In this way all three versions can reside in your games list at the same time, and you don't have uninstall/reinstall anything to play whichever one you want. Just like all your other Steam games.....

"load the new game button": of course you mean start the game using the "load new game" tab, OK I get it. Of course that's how I did start out. And yes the text that starts each section is indeed in Russian.

OK, the 2011 version has actually 10 maps which, as I said earlier, must be accessed through the console, as they do not automatically load sequentially like you would normally expect. They are unconnected and can be played in any order. There are a few simple puzzles, but mostly each is just a long trek along corridors or tunnels. Many of the combats and opponents are exceedingly OP; I used god mode a lot since there is no story line at all. Quality of the maps varies and it all has an unfinished, thrown-together feel. But a lot of effort went into this and I was not unhappy to get a chance to look at it.

Unreal mod 2011. There are something like 11 maps here, but the do not automatically load sequentially. You have to use the console to call each one up to play.

File will not unpack properly: a recognizable file structure is in place-folders and subfolders typical for a HL2 mod-but no contents have been unpacked. And 1200 error messages regarding the files that could not be unpacked.