This is a small mod I´m mainly testing out for myself. I really like the way the alien can have elements of randomness to its behaviour, and since you can allow it to have more or less freedom, in roaming, in taking breaks, more freedom should equal more unpredictability. Sadly that might also make encounters with the alien more haphazard and infrequent, so I plan on tinkering with the degrees of freedom given to the Alien for a while, to see if I can find a proper balance of not knowing when you´ll see the alien next and where, and still being reminded that it isn´t gone, but always present.

This is a separate little thing I put together. You have three choices to pick from, a "Mild" version, an "Intense" version, or an "Absent" version. What each one does is removes the fluctuating intensity of the alien behaviour, normalising it across the game (the alien will still act freely within the behaviour allowed), so that the alien acts constantly either with a relaxed behaviour, or a more intense behaviour you might remember from missions like the medlabs, or if you wish to explore Sevastopol station freely with little threat, then the absent alien version might be for you. Remember, the alien will still show up in scripted scenes as usual, but after that, it will behave according to the different intensity templates provided. Goes without saying, all three versions conflict with each other, so remember to keep track of the files and not try to mix them up.

Installation:
************
Pick either the mild or intense version, or the Absent alien version, and copy the .BML files inside those folders directly into your

I have provided backups, but incase you want to back up the original BMLs in question, feel free to do so.
And as a last resort, use the Steam feature to verify integrity of game cache, if you wish to bring the game back to its unmodded state. 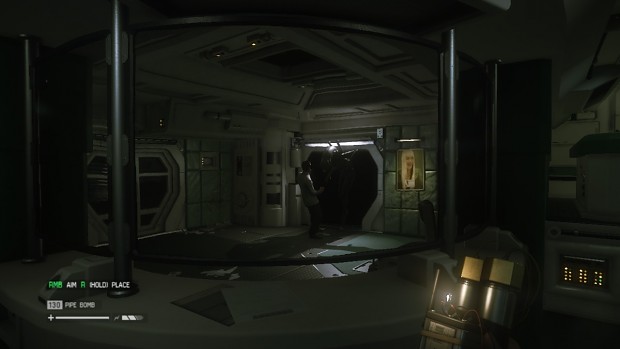 This one is "version 1", you might have noticed that I uploaded a fixed version 2, and that is because initially I tried a method I thought would make the alien never show up except in scripted scenes, but when I tested it I at least couldn´t make it work, so v2 goes the safer road of making the alien practically absent, and that worked in my testing.
You can try this version if you want, but I suspect the v2 fixed one works better.