Underworld Bloodline is a team-based multiplayer mod based on the Sony action movie "Underworld". Rival clans of Vampires and Lycans (werewolves) fight each other while trying to secure a human that hides the power to make them invincible. The gameplay can be described as a mix between Hostage Rescue and Capture the Flag, but the maps are a lot larger and more complex, offering opportunities for a wide range of strategies, such as snipering from inside buildings or taking shortcuts by jumping between rooftops. 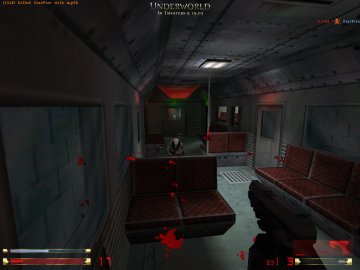