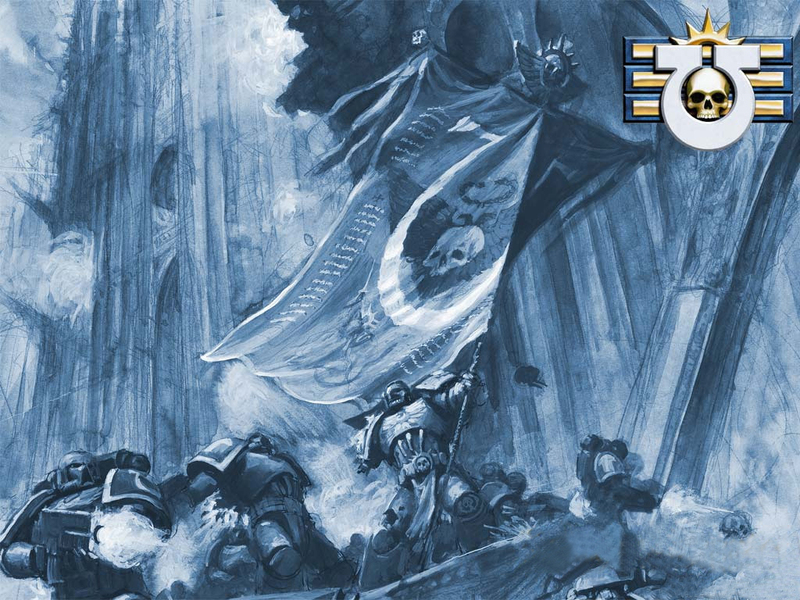 It is with great honour that i finally start to show the work that has been done in secret as a "gift" to the community, involving many great modelers, texturers, ui, code, ai, and voice/sound as well as many more collaborators (you guys deserve a ton of thanks!).

I will start in presenting the Team Members:

We have a very detailed tech-tree fleshed out and built in-game all the while the remaining models are completed.

All voices are recorded but we continue to add extras (like Tyrannical War Veterans Rhino and Deathwatch Razorback) especially since GWS recently released the updated SM Codex (may include new units like Centurions AND all Primaris but those are not "in-scope" currently).

Men of Glorious Ultramar and Macragge.

A most tardy update but one which saw some of the greatest levels of progress since June behind the scenes. A new "utterly colossal" internal build was submitted late last night and is now being scrutinized. A mega-ton of new content has been added and the project is now more fleshed out than ever. We have an unprecedented 115+ voices already in-game and more to come (ie. Primaris, god-willing).

Our team continues to expand and do incredible things every day now. Expect new screenshots to showcase our progress and validate that we're taking huge strides toward a final product.

Continue to hold the line and do hope the next update will be more frequent as we're now much closer to a full on public launch now.

Faith in our Primarch and the Chapter, forever!

Update to the UM project as we arrive into the 5th MONTH of testing.

Update to the UM project as we approach the 3rd MONTH of testing.

Update to the UM project as we approach the 2nd MONTH of testing.

Update to the UM project after 3 weeks of testing.

And you get another Svarog map. As for previous ones, you need Patriarch's Decal Pack installed. Enjoy

Just a small note for the people who do not follow us on the Unification Modb page and/or Discord server.

This mod is not dead.It got merged with the rest of our races as part of Unification and will be part of it as a full race once it is done.Further progress will be posted on Unification while this page shall remain as is for archival purposes.

Cool! Will we get the Big Gman himself?

Hello, do I need to merge your team mods with unification or they are all included in Unification already?

All fully supported are included in Unification main(In the race mods pack).
No need to do any merging or edits.

That said I noticed that the most recent major update was 2018 yet the comments section claims the project to be alive and well. Is this true?

Btw I wouldn't be satisfied if I didn't say the models look gorgeous and the mini campaign with boarding action sounds ******* awesome. And original gameplay for DoW.

It is alive. Just don't expect anything to happen anytime soon.
All part of the unification project. So many race mods go on a unified timetable and share that with unification vanilla race content.

I'm happy to wait for the good ****; I'm still having a lot of fun with renegade guard and WE atm.

Is this mod even alive? so much efforts to make these amazing models and no release?

Yes, it is. Its under development by the thudmeizer mod team, and will be coming to unification mod in the future.