This is a complete list of GDI Aircraft assigned to your command during Twisted Insurrection. Each unit has it's own introduction during the campaign progression so you can figure out what unit is best for what roles. Please note that changes will more than likely occur over time and some unit/cameos are still using placeholder images as we are still in our beta stages. 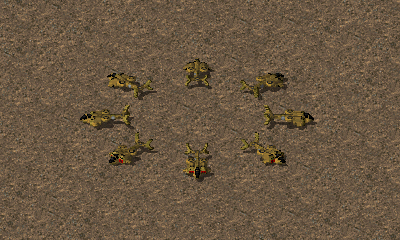 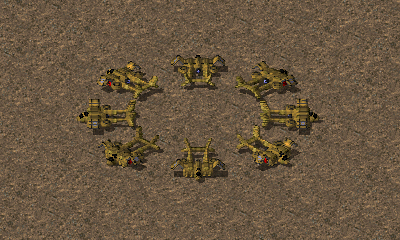 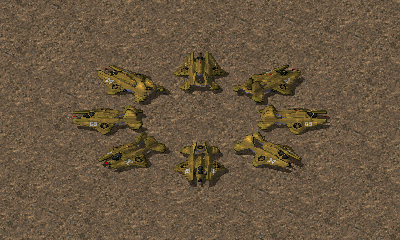 Though not armed in the traditional sense, G.D.I. troopers have often likened the Manta to a Guardian Angel watching over the battle-field. As their ability to temporarily paralyse an enemies mechanized assault has decided the outcome of many a battle. While well armoured, these immobilizer aircraft are the slowest addition to the G.D.I. air-force. 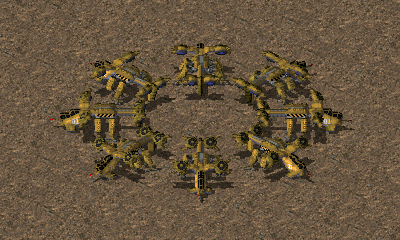 Carry-All's have the ability to transport one vehicle of any type and size at a time anywhere with extremely high speeds. Though these massive aircraft are able to carry vehicles larger than themselves, they are very fragile and can only sustain a very small amount of damage. 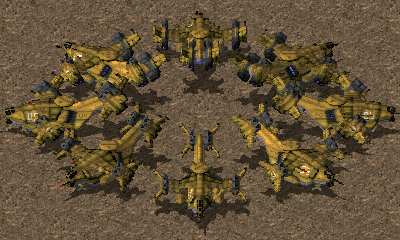 The perfect example of the possibilities GloboTech have unlocked, Orca Dropships allow the delivery of crucial supplies and reinforcements to specific areas on the battlefield. The arrival of a Dropship with reinforcements during a heated battle can mean the difference between victory and defeat. Dropships are only available in certain solo play missions and can never be directly controlled.

I think the dropship not happening is, in fact, a system limitation similar to the ones that prevent sensible infantry airlift rather than a lack of ideas.

You can use it as a bomber,just give it the Orca Bomber's primary weapon,and you're ready to go!!!

yeah i can easily change the INI my self but it more sweet when its original from TI :D
@Nuttah
Hmm im sure it can at least be a mass infantry transport! since i can do it with any airplane Also u can give airplanes ability to drop infantry with parachute! i did it my self in FS

The Brotherhood of Nod Fans & Clans with 242 members