What was Tumultus? Tumultus Deathmatch began as an experiment, with the sole aim of producing a comminity made mod. The story was set and anyone could produce anything and learn new things as they went along. This was all well and good, and it almost succeeded too. What is Tumultus? The premise is the same, most of the weapons are the same, with a few new surprises ;) The team has shrunk to a few dedicated members working on this mod alone, and everything is getting an overhaul. 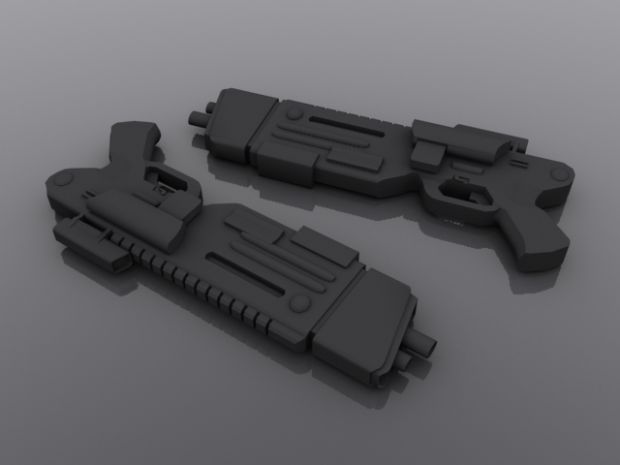 This little baby has all your destructive needs,
high velocity rounds designed to bring down
anything in your path, and a flare launcher, who
needs grenade launchers when its much more fun to
set your enemy on fire!