This total overhaul of Rome:Total War is based upon the Second World War. It contains historical battle locations on different fronts.

With Steam it's the usual steps.

Don't forget to patch the .exe-files of the RTW-game and its expansions plus the 1942.exe with the large address aware patch.

Download-link to my Google Drive:

Delete this highlighted Export_Descr_Unit-file. It's obsolete from January 2020 and was probably placed there because of backup-reasons. I did forget to remove it.

The mod will still crash randomly in battles and it's more common in siege battles due to the large numbers of troops and the demanding custom cities - if you use smaller unit size it will be less likely to CTD in sieges. Battlefield-battles rarely crash no matter what unit size you'd use. Even huge worked fine on the battlefield but would lag when they are too many.

Crash to desktop when ending turns can happen rarely but unlike in 2.0 it shouldn't happen all the time. You can just restart the mod and continue when that happens. If a battle crash chances are that it won't CTD the second time.

And overwrite the oldest one at the bottom.

Saved-games can get corrupted so always use more than one save. Don't trust in autosaves. Quicksaves are less stable than ordinary manual saves.

Save the mod before and after every battle. That's what I've learnt to do in every mod if I do not wish to replay stuff prior to a battle, or the battle itself - again.. If a battle does CTD then just replay it once and it should be fine. You can also use the auto_win cheat. I played a German campaign in 2020 in an older version of this mod and it never crashed two times in the same battle.

CTD when ending turns just means you can restart the mod and load the autosave and then continue. It won't crash again.

2. Maxed-out unit numbers (large unit size is recommended because huge will be too many for the city-battles as the units can't follow commands due to stretching too much,). 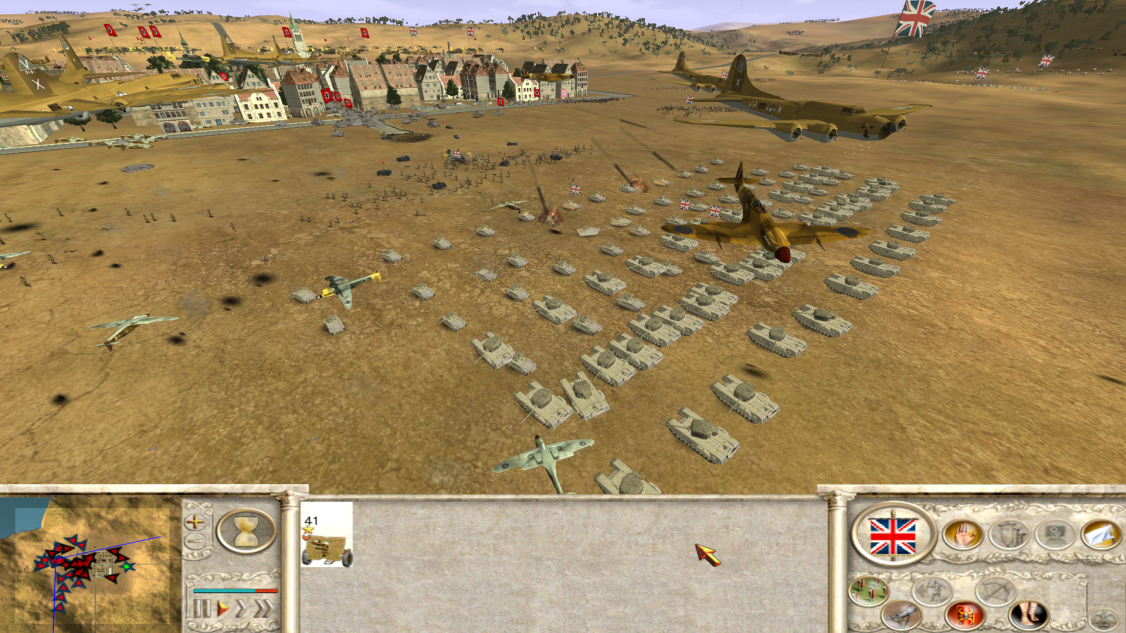 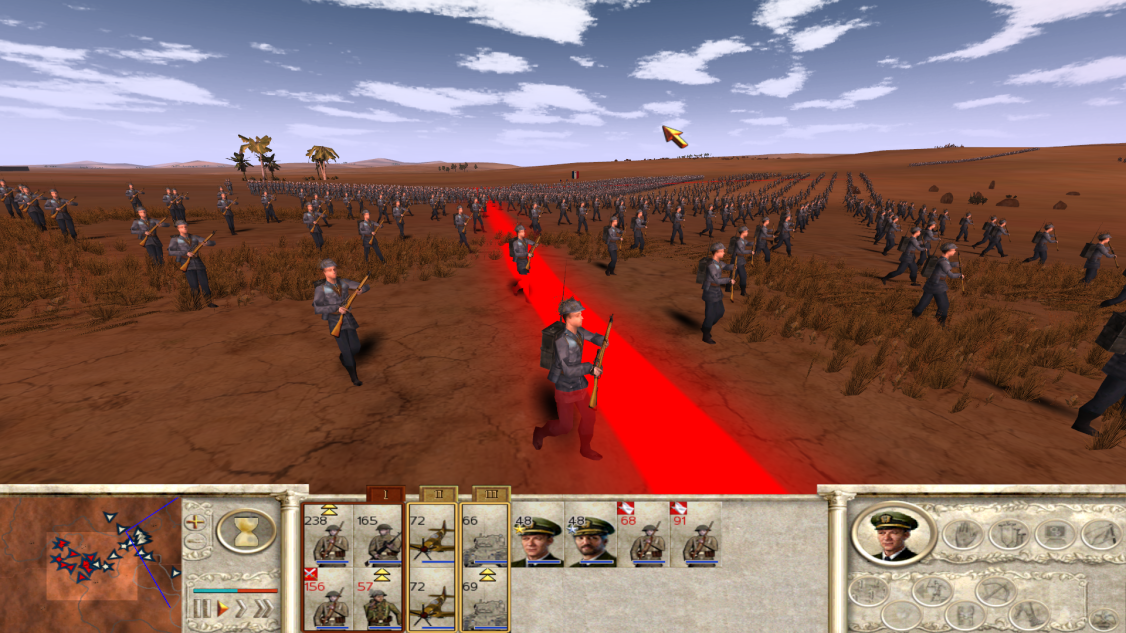 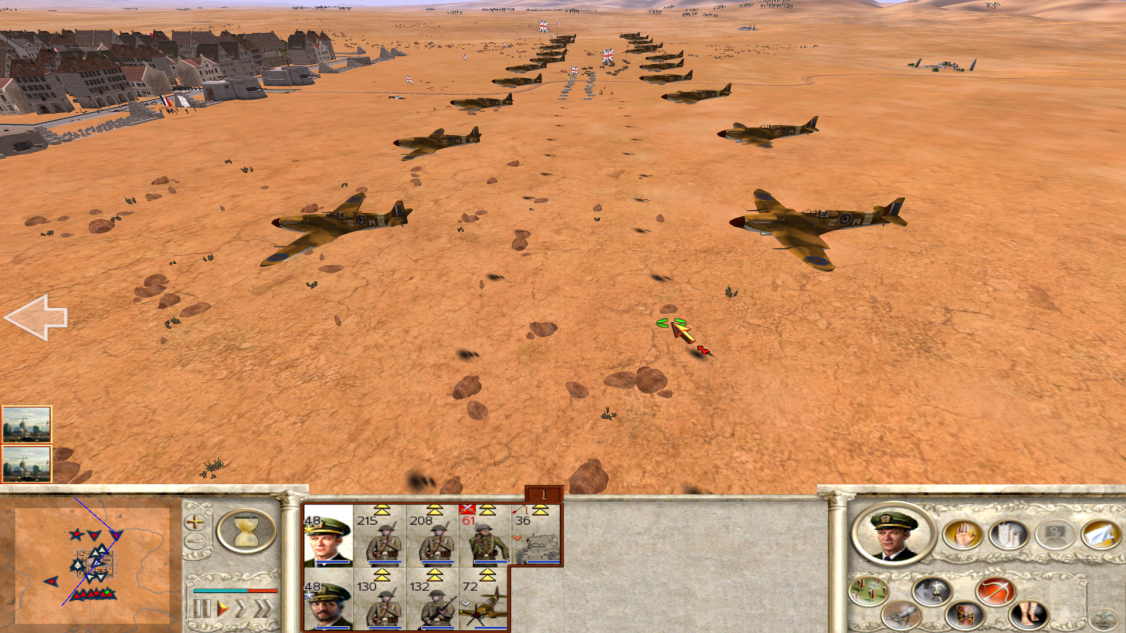 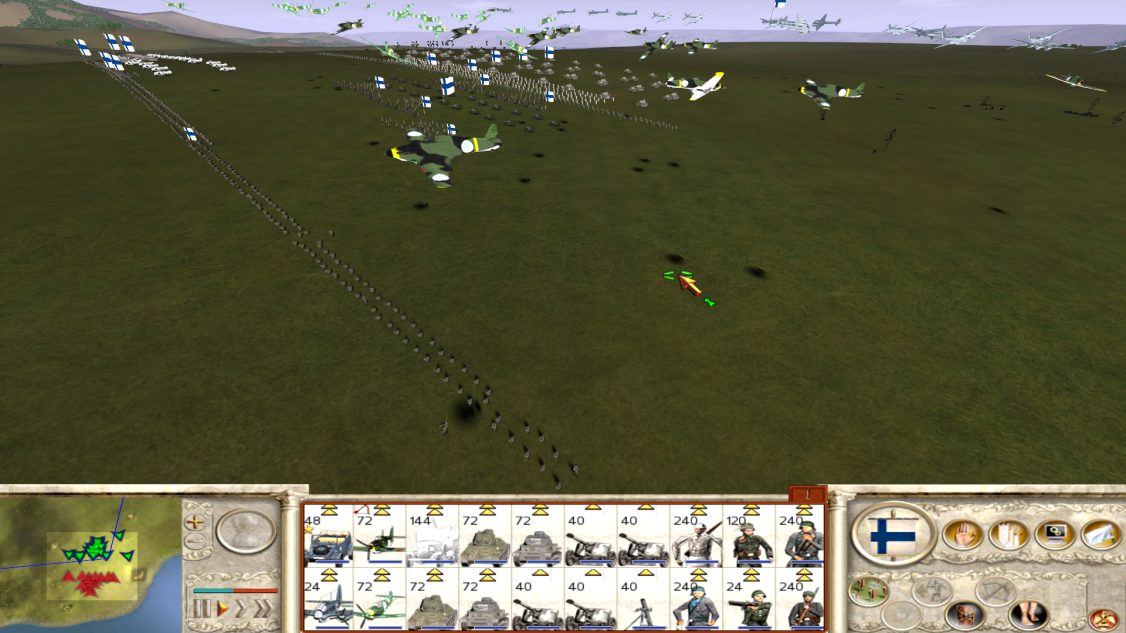 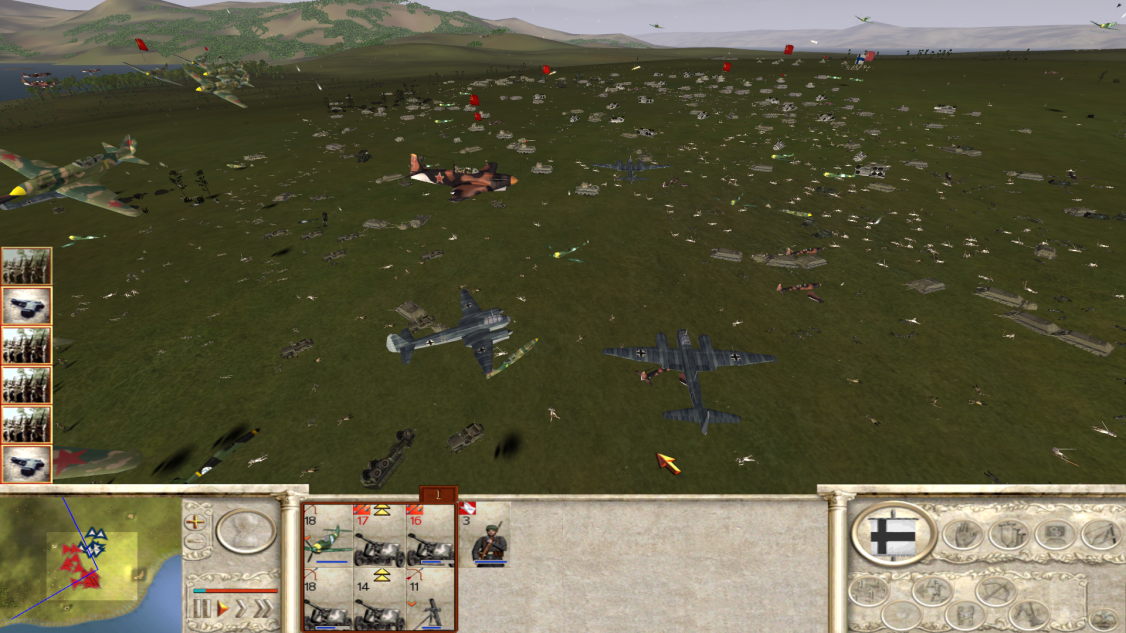 4. Japan has an additional region on the map at the start. 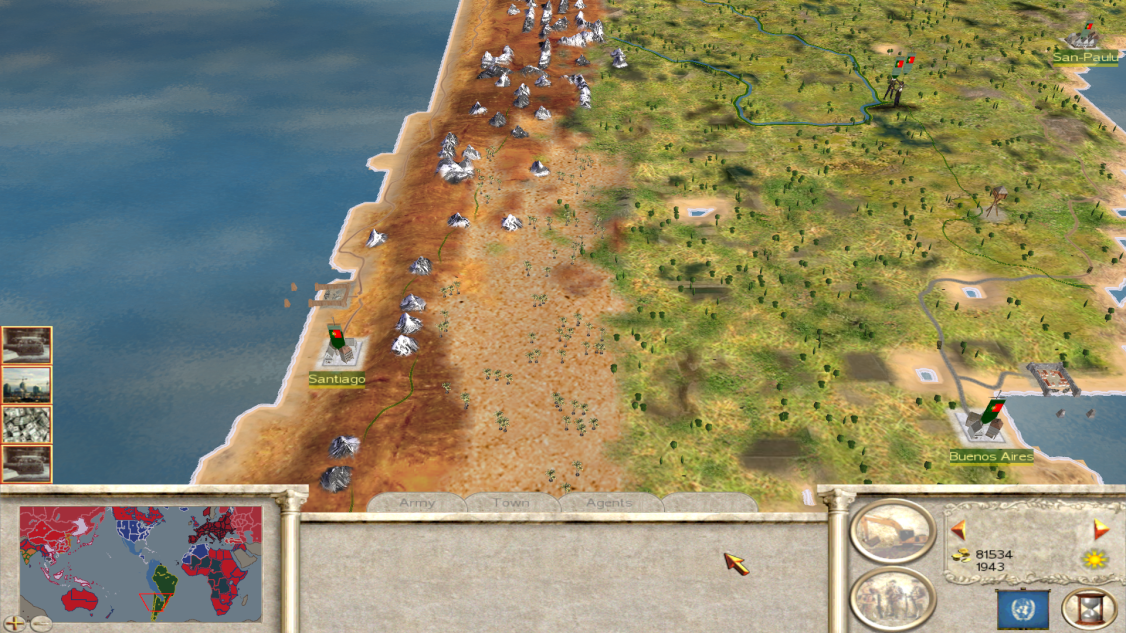 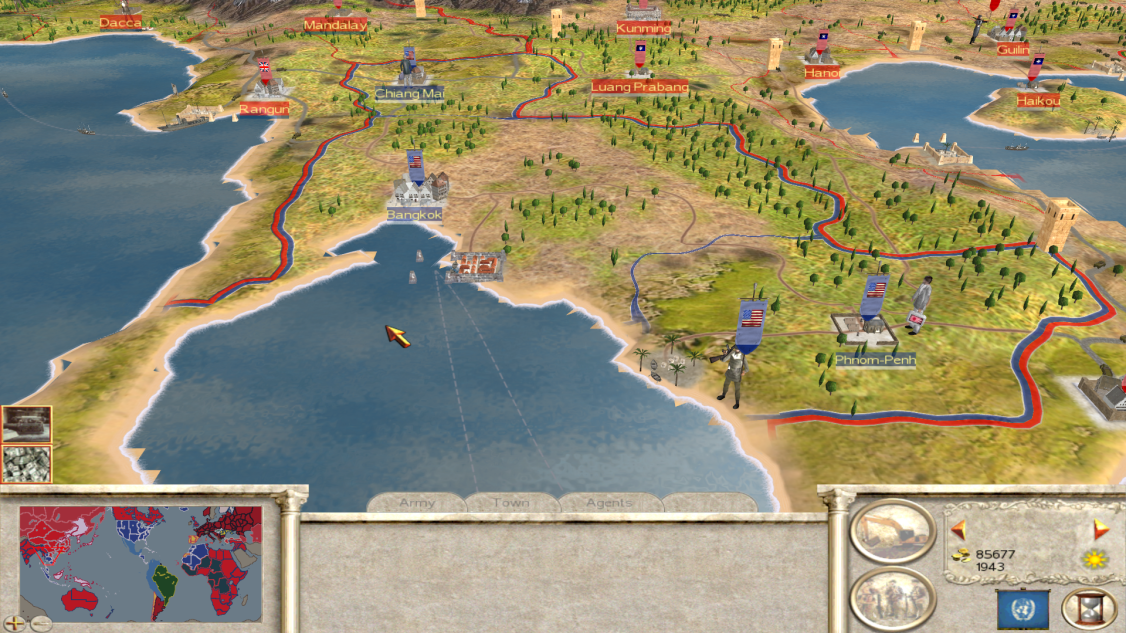 6. All the new units and projectiles of version 2.01 implemented. 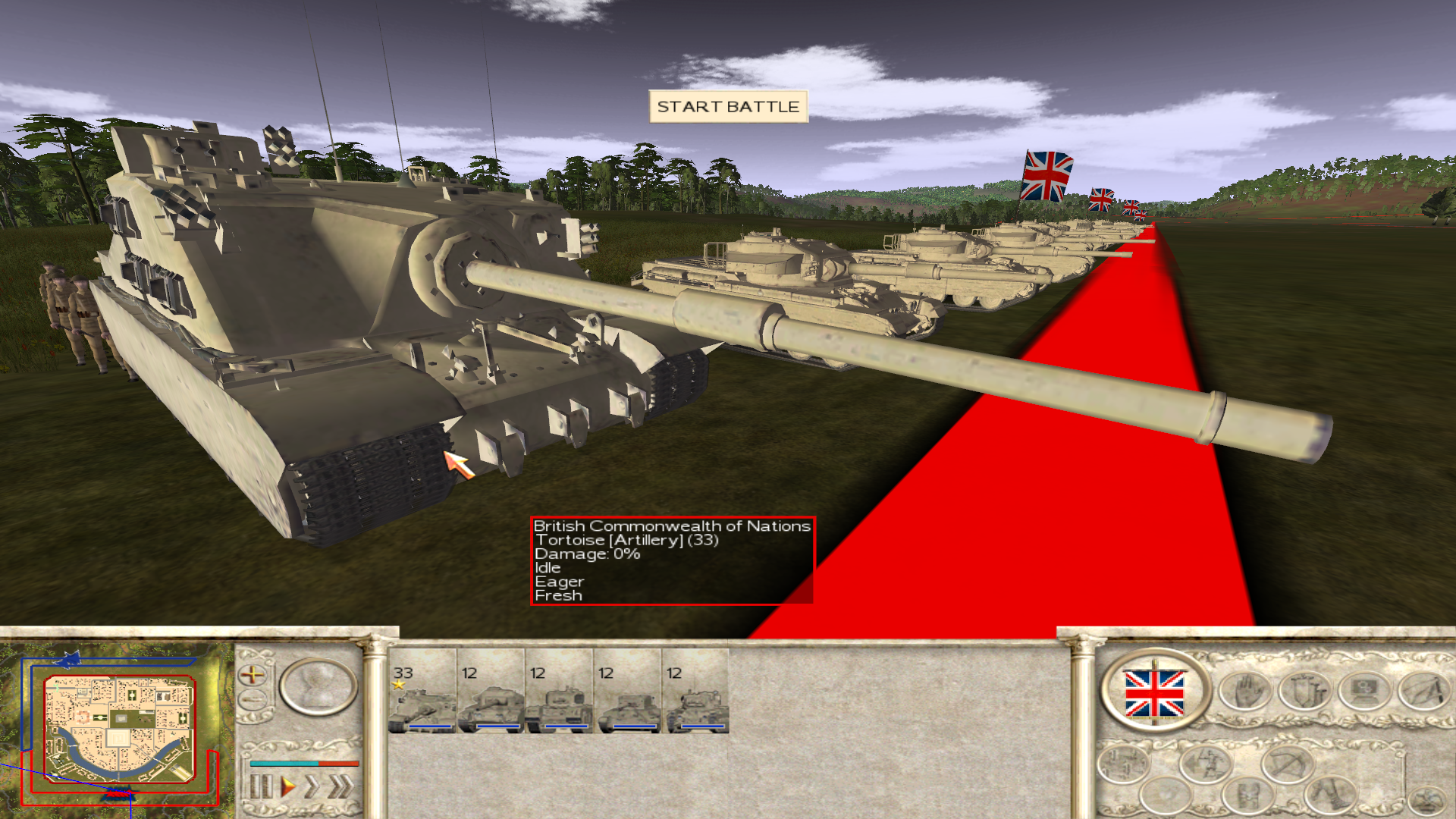 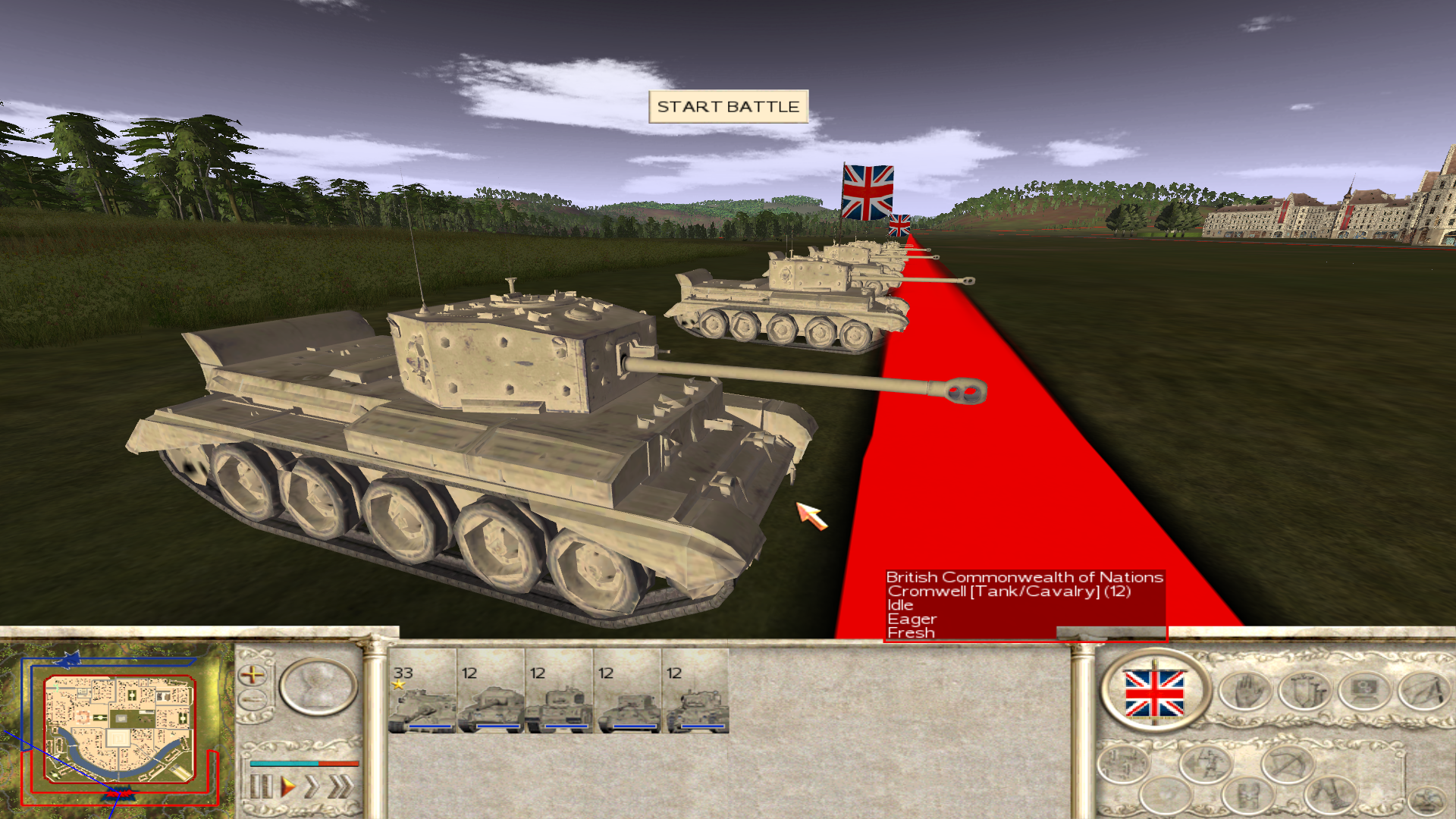 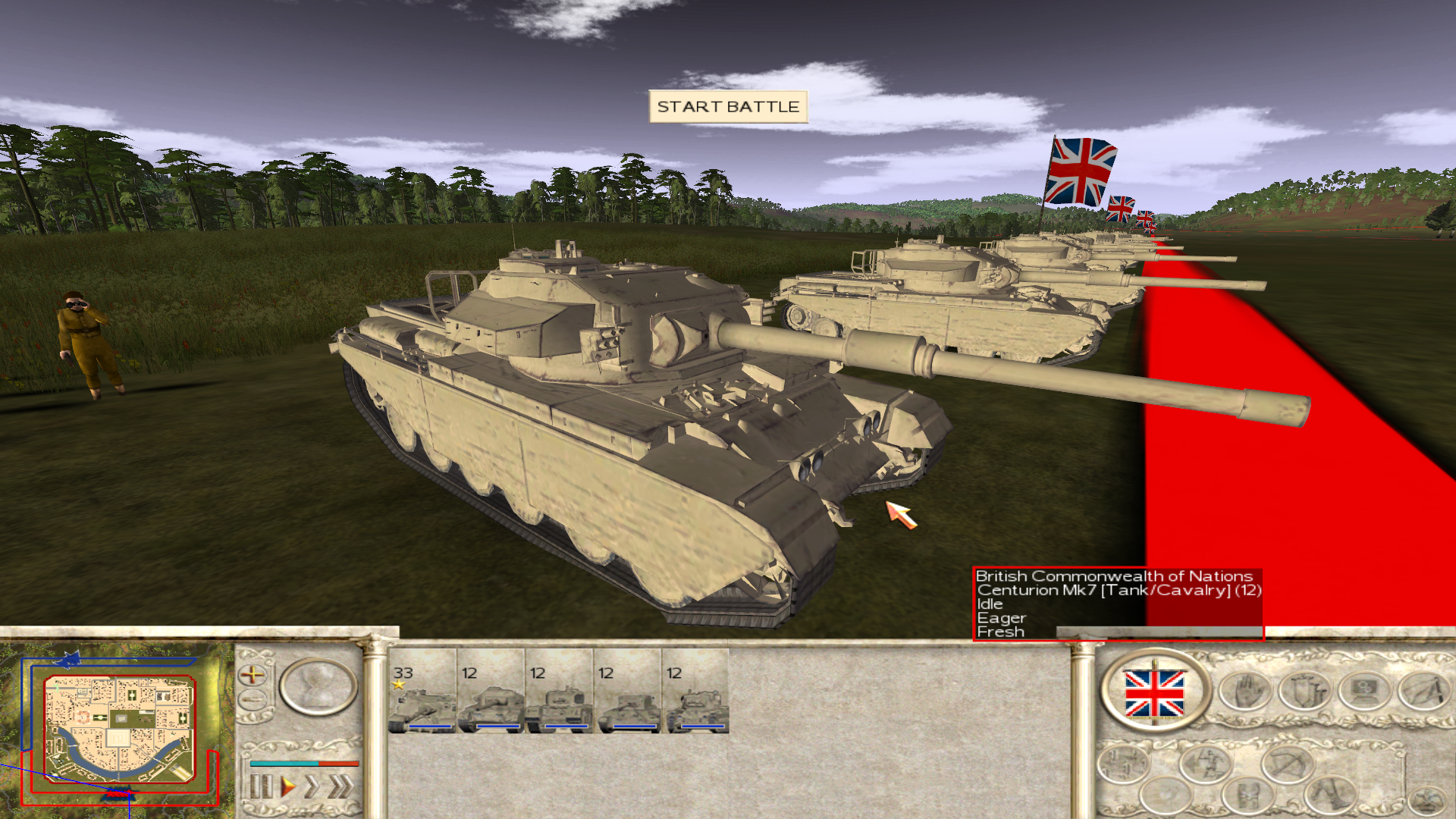 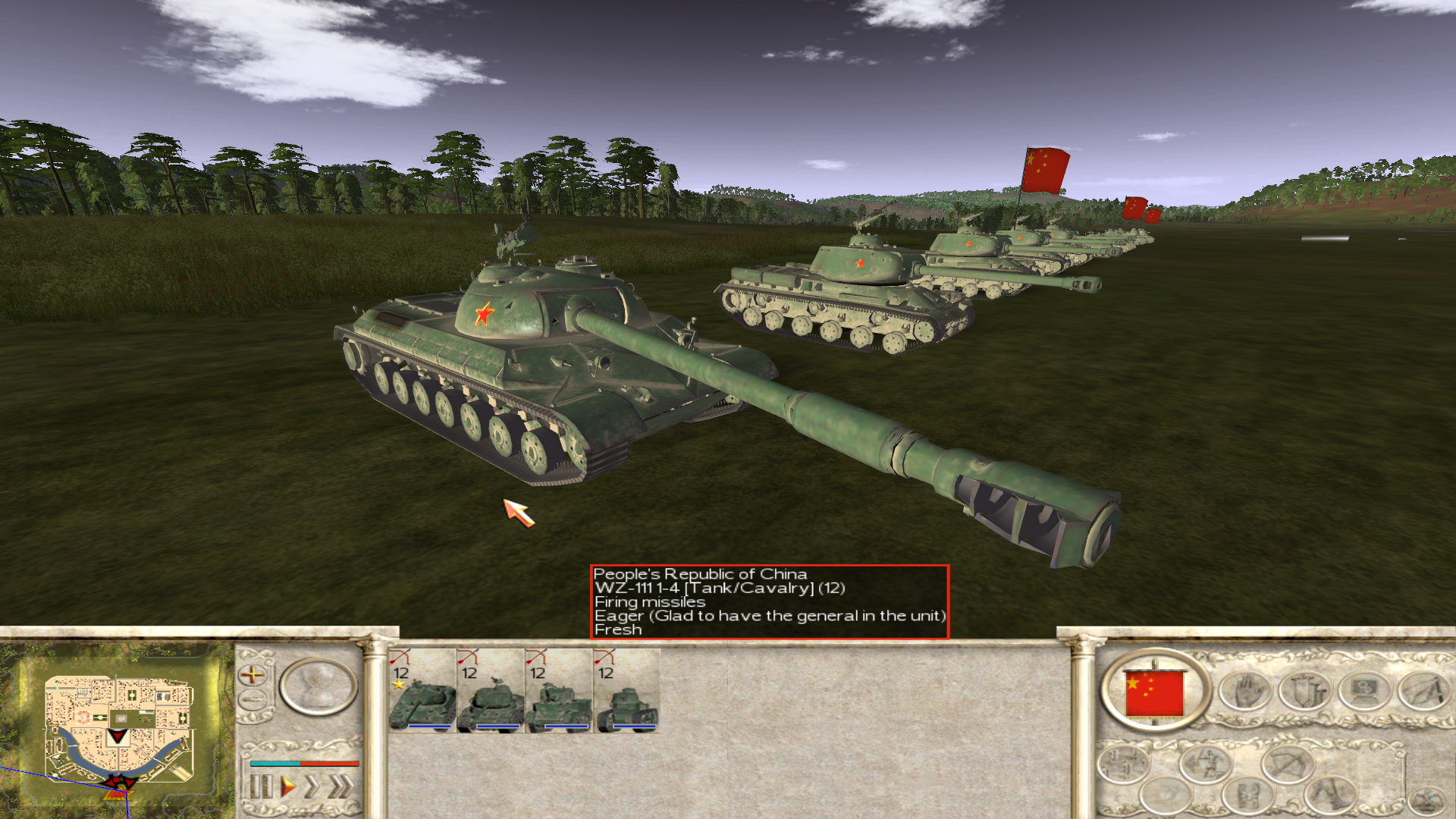 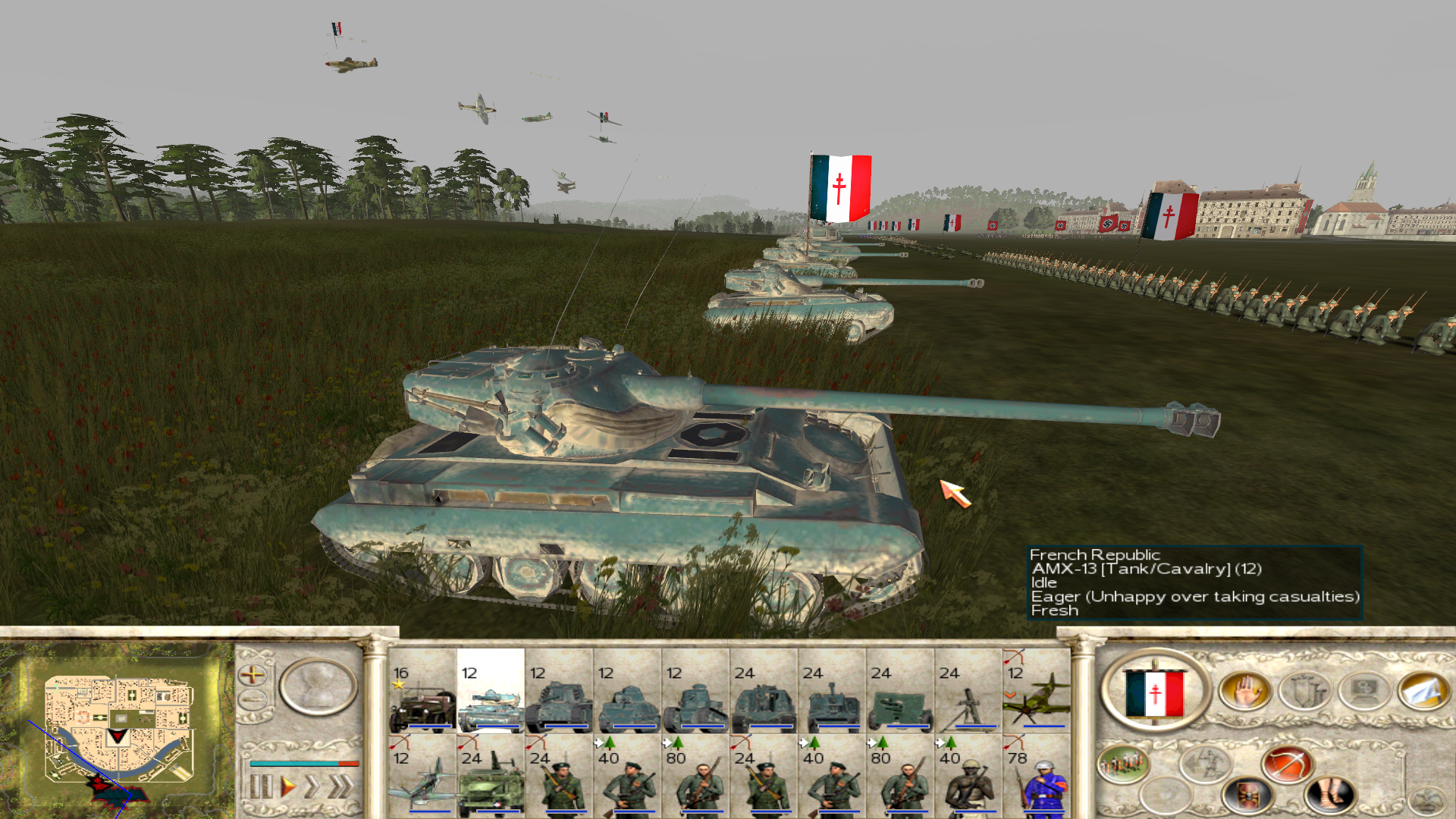 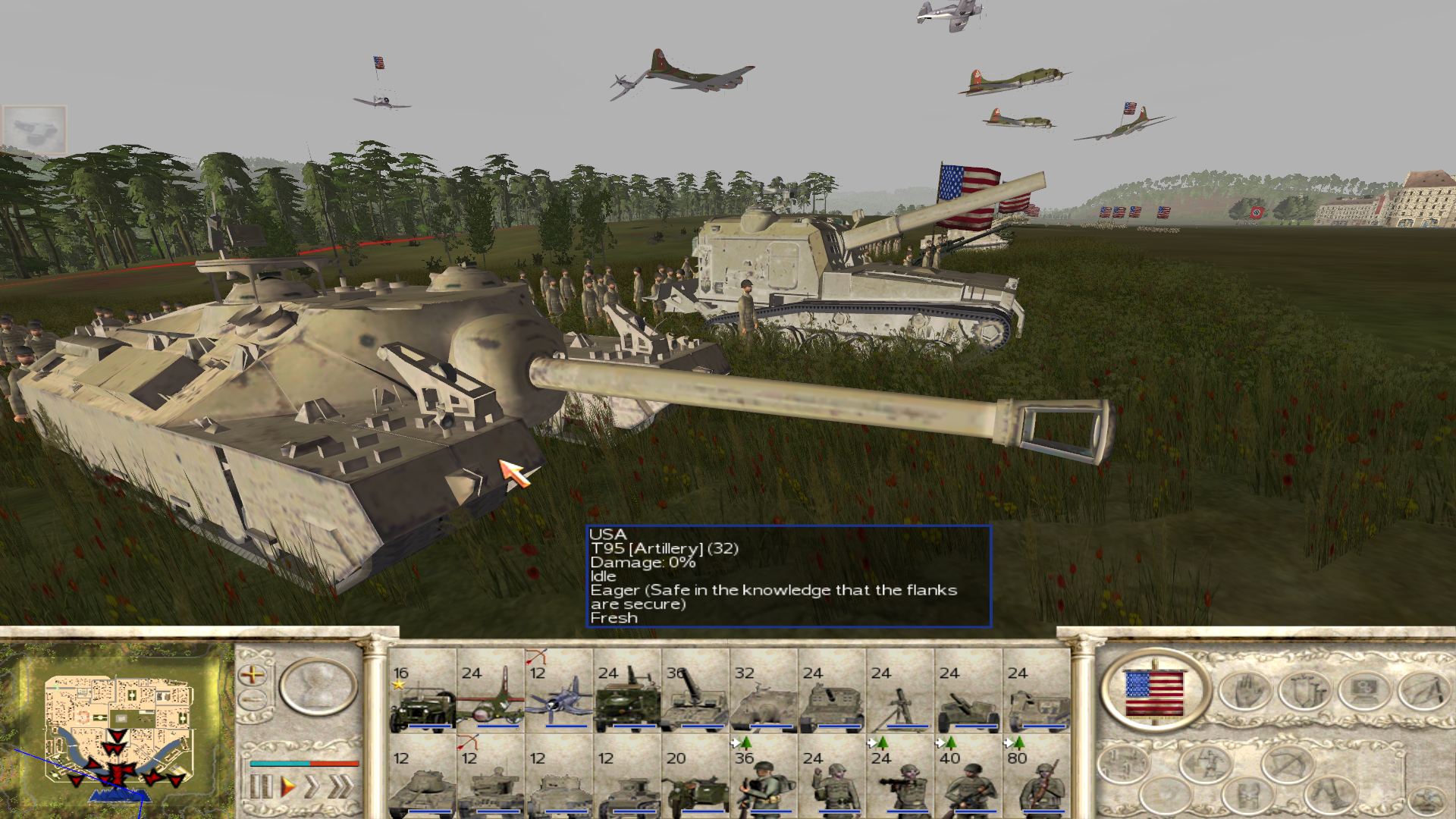 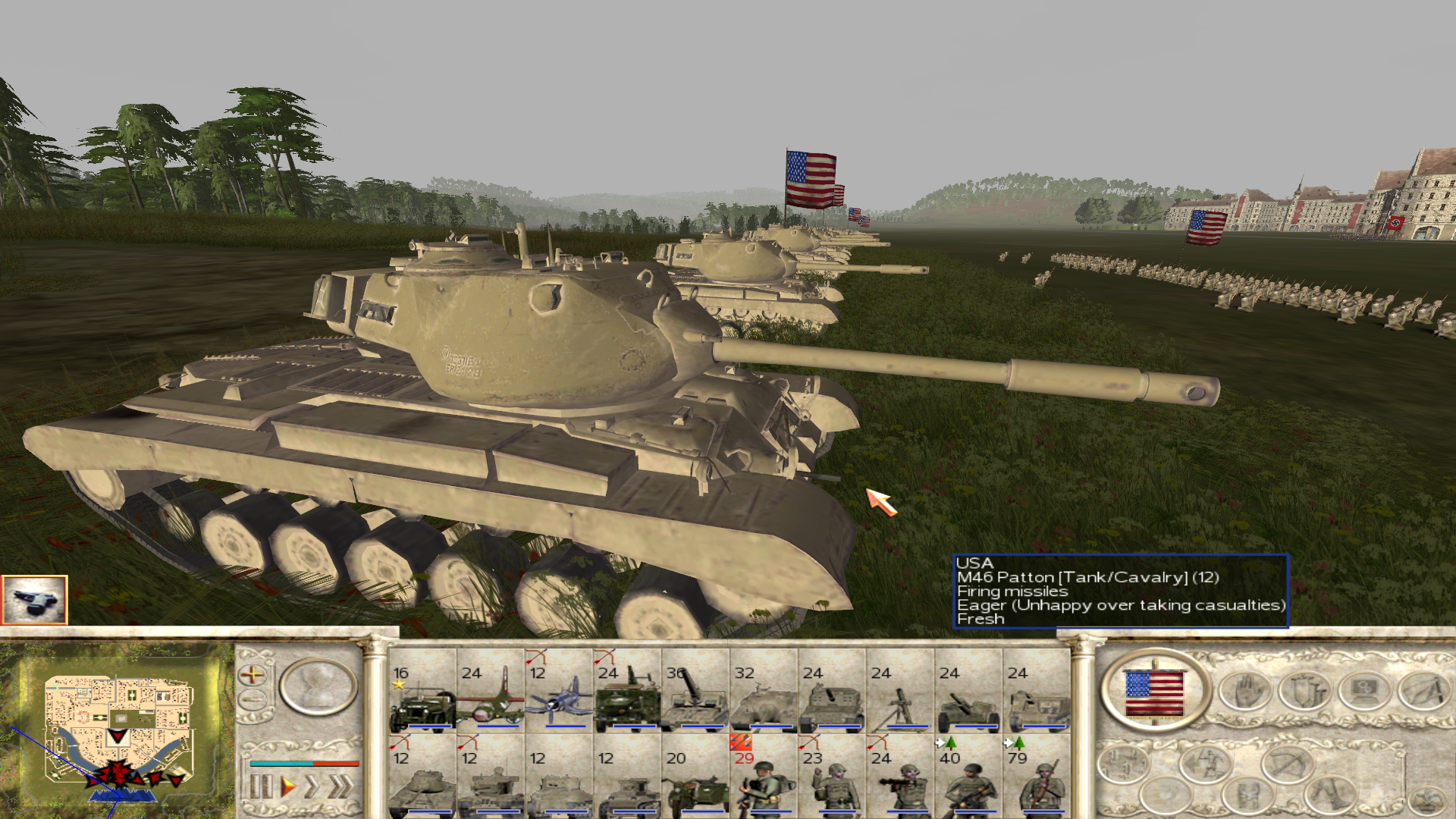 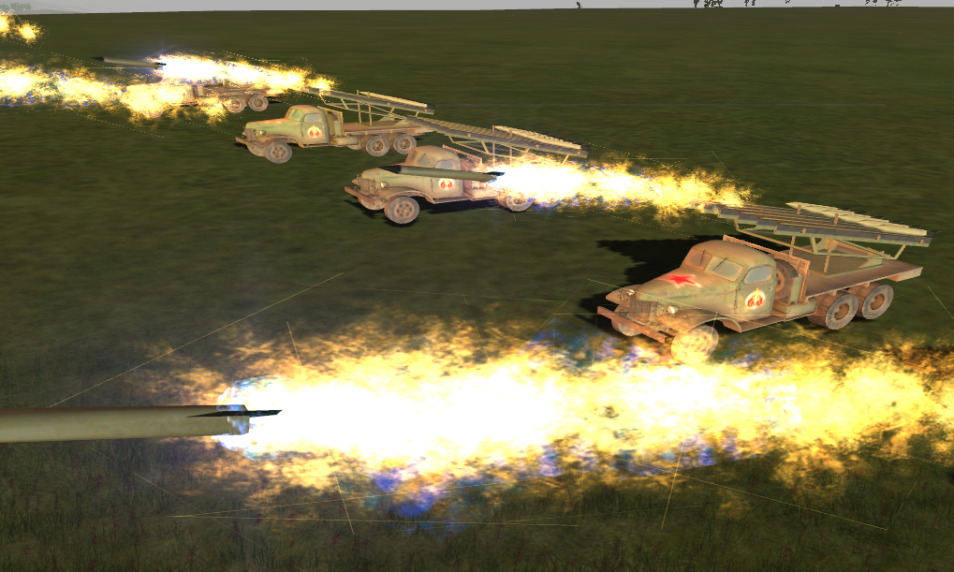 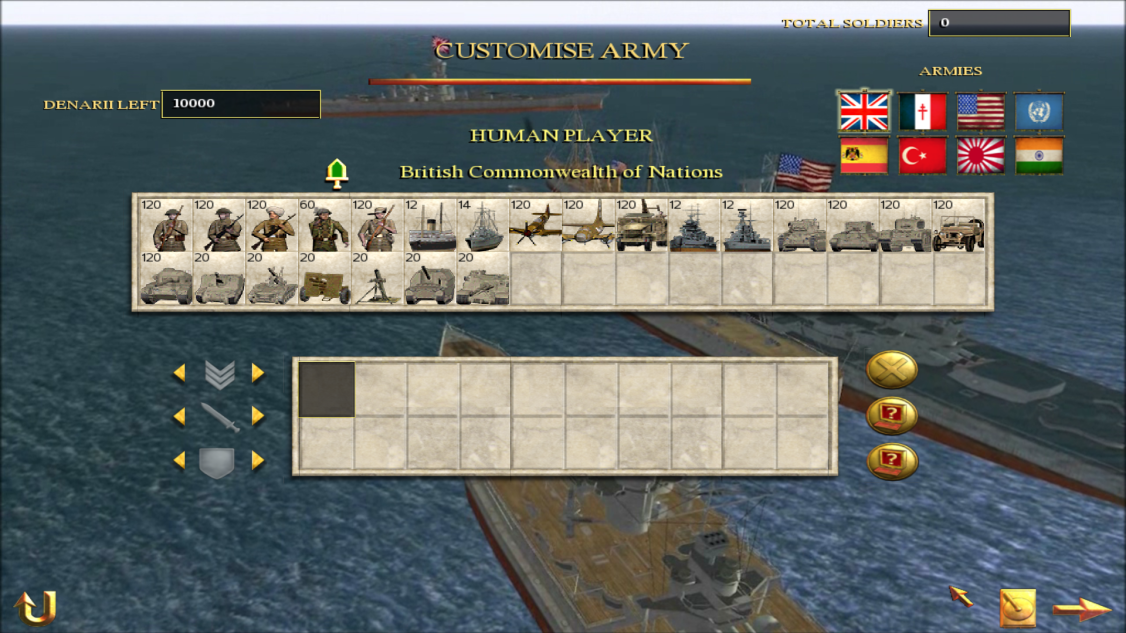 7. All the new animations except the plane-anims from version 2.01 implemented. 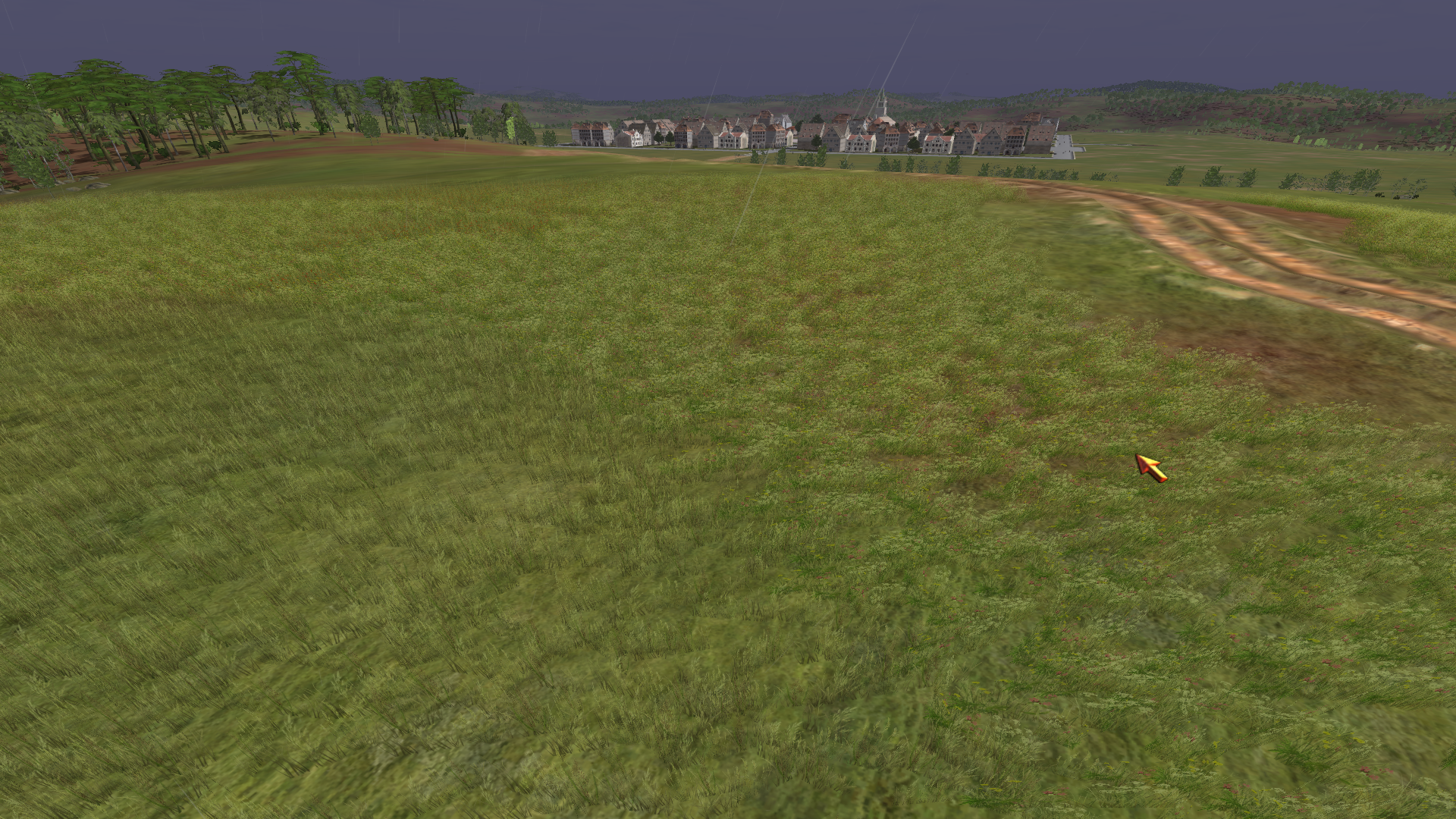 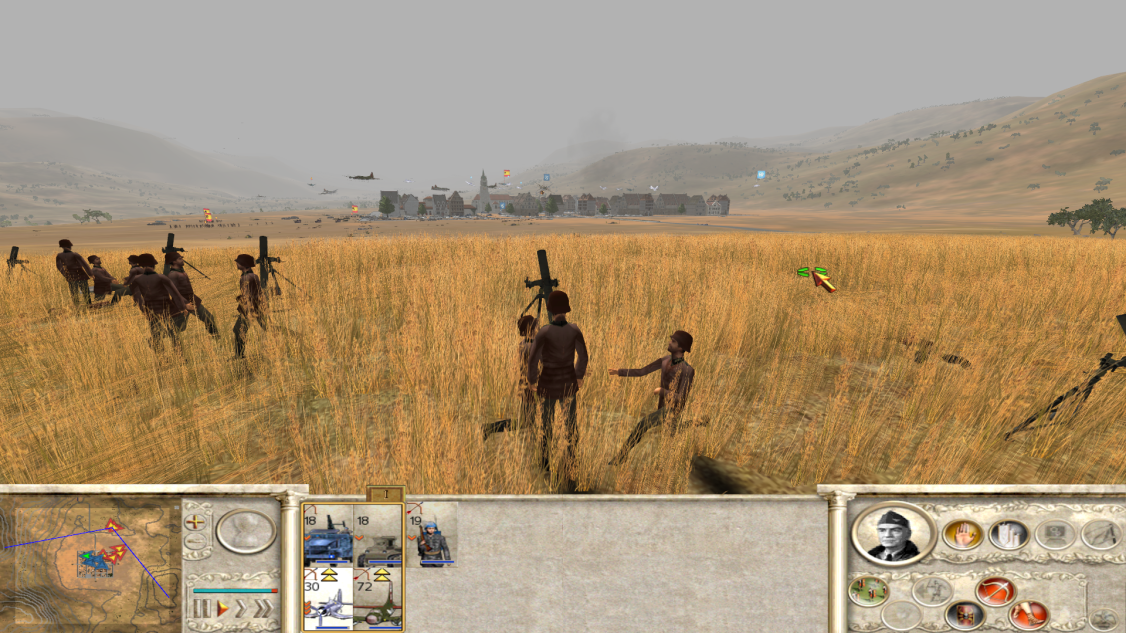 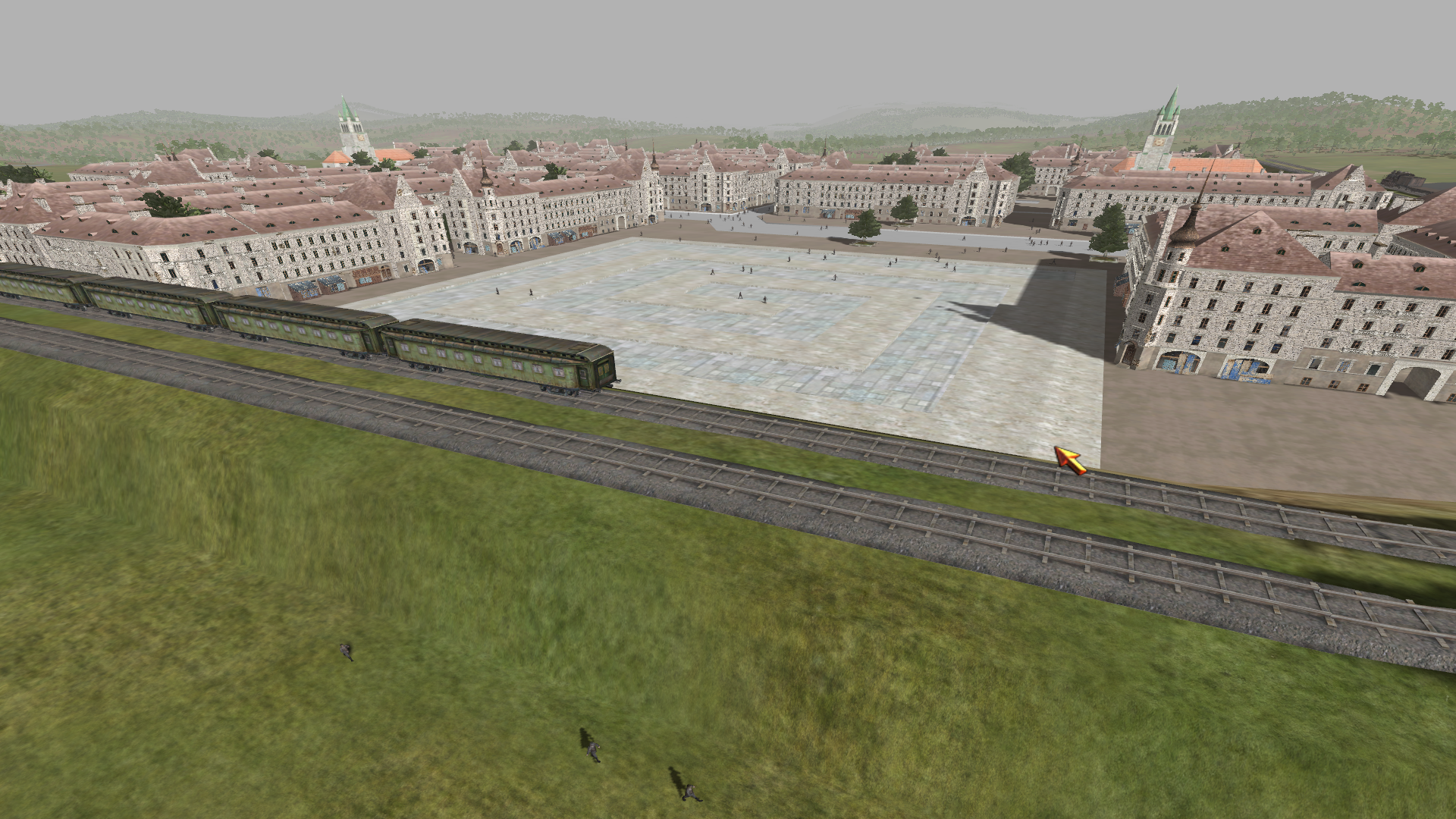 9. A larger gate for the brick-wall enabling tanks, bikes, trucks and panzers to move through.

10. A new German UI for the factions using the German culture. 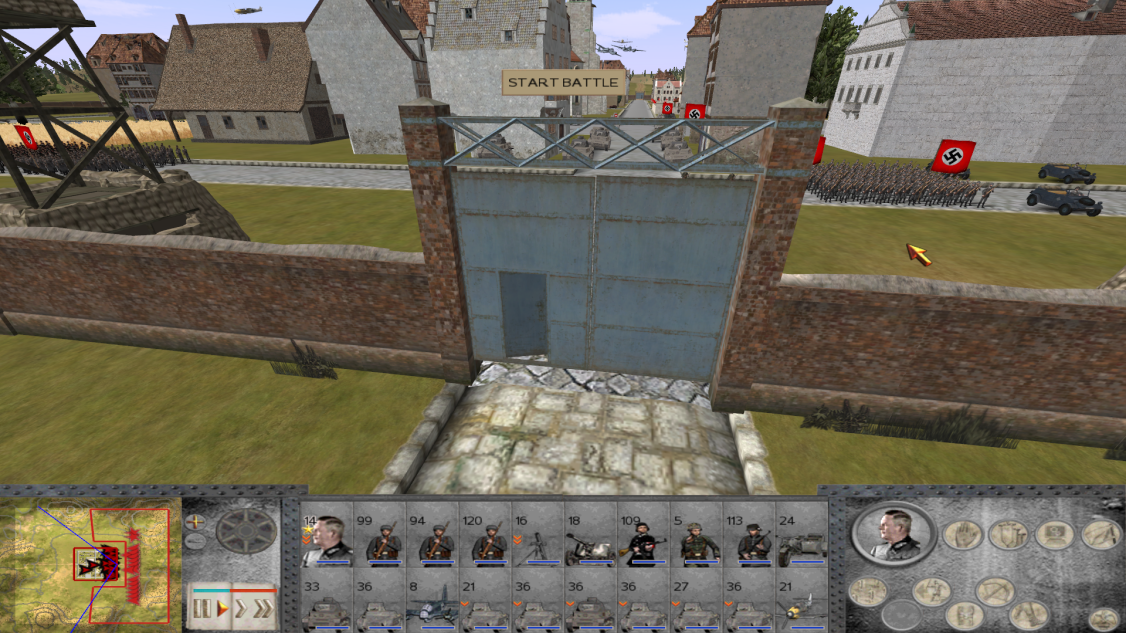 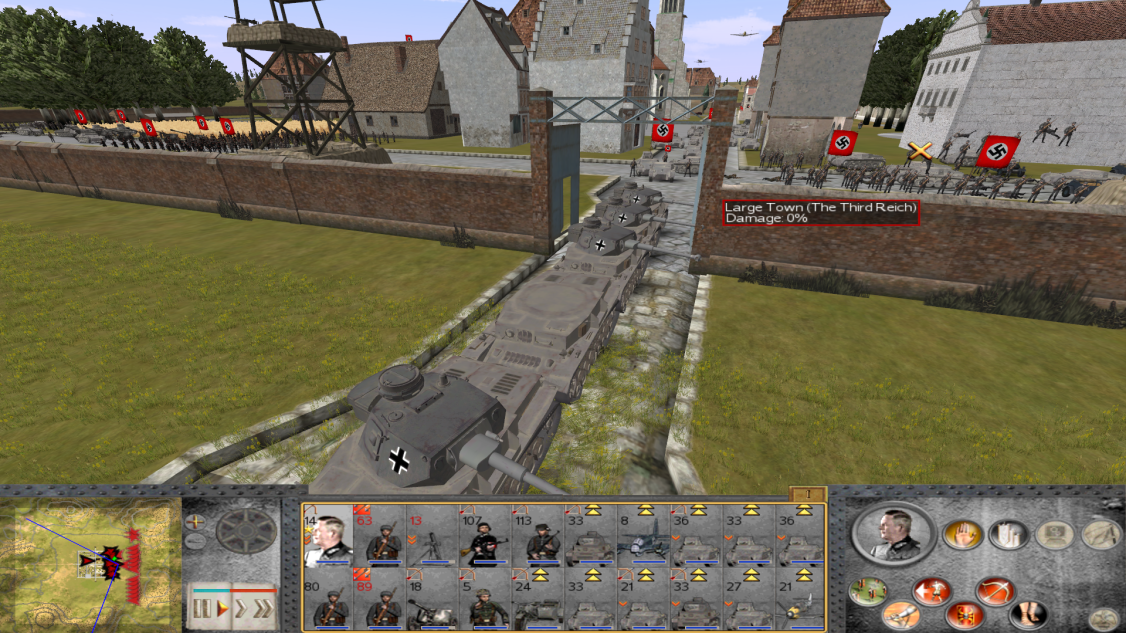 11. Every faction has tanks and planes - most factions have both bombers and fighters.

I did spend about two weeks modding the alpha-2.0 version of Total War: 1942 that I had received from Dagovax Sirrianus, the main creator of the mod, back in January of 2020 - in order for the submod to be done back in October of 2021. Made it in October based on 1.3/alpha-2.0 - a much improved 1.3 - where I moved over as much as I could from Version 2.01 because version 2.0 were unstable at the time. The mod already had the German cities excluding Berlin itself - but it didn't have the German cities outside of Germany, something I had to change myself in order to rid the mod of all the vanilla RTW cities.

I plan on doing similar changes to the latest release if Saloth-Sar indeed fixed the gamebreaking CTD which I'm very hopeful he has managed to do.

He released the fix a few days after I was finished with my submod.

This micropatch version 1.3.1 will make some little changes to the mod.

Today we release patch 1.3, which will change some things and add new units!

Patch 1.2 is almost ready to be released! Read this article for full change log

This is final version, it doesn't need to install previous ones. Next release is coming on the Rome Remastered engine.

Hello there. I made a fix for 1942 which solves a CTD problem during AI turns. The CTDs cause is detected and wiped out. Next, I improved the game balance...

Fixes some small issues of missing stuff and items.

Release 2.0, the latest official full release including all extended content from the latest patches.

This is the launcher which is the new startup for the mod! It will search for updates automaticly and will update the mod too! *CONTAINS NEWEST LAUNCHER...

This is the manual downloadable patch 1.3 for people NOT using the launcher.

When i start the europe campaign it immediately crashes

I released my submod for a reason.

How is it going with the porting of this mod to Rome Remastered? The rome remastered moddb page of this mod seems rather inactive and i can't find the mod on steam workshop either, therefore i ask here. Best of luck!

Dagovax is busy porting Lord of the Rings: Total War right now so 1942 is on hiatus.

What do you think about the idea of ​​warhammer40k on this mod, I think it's completely doable

I think you shouldn't spam this Warhammer 40k idea both here and on the Star Wars: Total War page.

Nobody will create that mod for you, unless someone really wants the mod and does it for themselves.

I did actually think that after I release the next version of Star Wars: Total War for Rome: Alexander, then somebody else will take it as a base to create a Warhammer 40k mod. You'd have the map set in space and with some modding you can turn the Star Wars Galaxy-map into Warhammer 40k.

I do believe that someone might do that after I have released it possibly. Well, unless RTW is too old now and nobody cares anymore. The Remastered version would have been way better as a base but I don't have any porting skills.

I already gave Dagovax the suggestion to make the spies planes and he had shown interest in the idea prior to moving this project to the Remaster.

The mod is dead for this version of Rome Total War sadly.

This mod is of course not finished, but the attention to detail in this early release surpassed my expectations. It's clear this is a project that much love and passion has gone into.