Total Annihilation Zero is a full-fledged modification of the classic strategy game Total Annihilation and aims to recreate the entire game to the maximum extent and quality that is currently possible. In addition to completely redesigned versions of the two factions from the original game, the Arm and the Core, TA Zero introduces a third faction, the Guardians of Kadesh. All three factions are stylistically and strategically unique and crafted to the highest standards that can be achieved within the Total Annihilation engine. Long time in the making, Version 1c adds several new maps to the pack, remakes two of the oldest maps, and overhauls the rest. These maps make use of a wide variety of new map features, including lava eruptions and other animated pieces, and exotic crystal formations that can be reclaimed several times.

Several mistakes on the oldest maps have been fixed, and some purely visual map features have been adjusted so that wreckage will not magically disappear when units are destroyed on top of them. 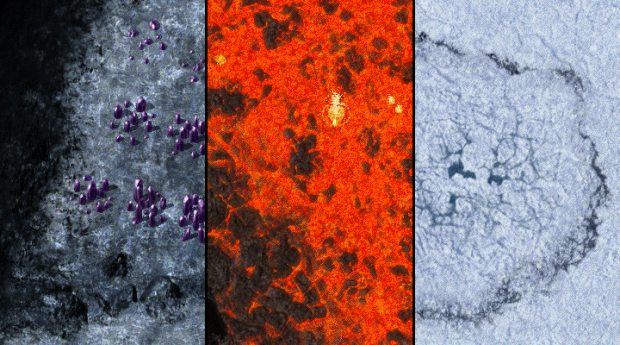 After a long time of slow development and silently releasing test builds on the forums, version Alpha 4b of Total Annihilation Zero is finally here! During...

Unit guides of Arm, Core, and GoK have all been updated and improved in preparation for upcoming Alpha 4b release!

If you already have TA Zero Alpha 4 installed, simply download and unzip Alpha 4b patch on top of it.

Most recent patch. Fixing a minor bug and some minor balance changes.

Demo with lots of new stuff but still not completed. Just extract the whole folder, change your resolution in the menu and you are ready to go.

HI I bought The Steam Total Annihilation. I Know About Flickering Issues. Windows 7 64bit May not Support it . I used Linux Mint. I played Threw Hole game NO Flickering Screen. Worth a Duel Boot OS...
It's Something about Linux that Make;s Old Windows games Work . WINE

I am not sure what you are talking about. TA works perfectly fine on my Win 7 64bit machine.

So I have an issue. I can't get the mod to install properly. I got the latest version from the Zero website but here's the thing, when I go to install I can install it just fine however it goes to a separate folder. Now I figured ok no big deal I'll just cut and paste all contents within the folder over to where I have TA installed at, well while I can transfer the files over to the folder the mod is not working as it gives me a strange anim/ig error. I read through some of the forums and such that brings this towards attention, one guy solved the issue since he had another copy and just took the file from that copy and pasted over it, the other solution was to uninstall the mod, and reinstall it into the folder where TA is installed at yet funny thing about that as there's no path button to choose where to install folder at in the first place. It is permanently stuck on "C:/CAVEDOG/TA/Zero" or close to it anyway. Either way bottom line is I can't change the mods installation directory and thats not something I can fix on my end. Whoever made your .exe quick installer app. ****** up on their end. Either not enough coffee or moved through the application creation kit to hastily. Anyway we can get this fixed?

Yes this can be fixed. Please check your PM or join us on discord.
Discordapp.com

It's great to see TA Zero on Moddb :)

i know i shouldn't judge video games on graphics but total annihilation looks too old... even for me (a ta kingdoms/doom player).
but what you did here might encourage me to play it again and maybe force some friend to play it too :p

If you want to play multiplayer just join us on gameranger and also login to our discord channel :)
Discordapp.com

well maybe one day for sure ^^ my friend found it too old (again) -.- but i have at least succeded at pushing him to try out zero-k from ta spring.

Too bad. Zero-K is totally different gameplay wise but have fun.