(THE STORY)
Once upon a time
There was a Scientist who lived in a far away place the Scientist had a disease that affect his heart and made him weak one day along with your father, he decide to build a machine and with the machine along with a formula and the strength of metal, use the machine, to strengthen his heart and body and cure him of the disease
But something goes wrong and the experiment failed, not only does it strengthens his body but turns him into a abomination, a monster of flesh and metal but does not cure the disease, in Rage! the Scientist was, leaves the place and wrecks havoc in the nearby towns and villages looking for a heart, his heart still afflicted with the disease
The people rise up and force the monster back from whence it came
The Abomination, Monster, Now known and called (The Tin Man) 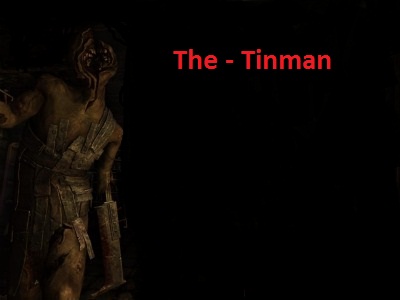 Time has past and your father is missing, so you a scientist yourself following your fathers work, decided to go forth, to that place to find the truth of what took place and to find your father.

Thanks for voting and helping The - Tin Man on it's quest to become the 2021 Mod of the Year. You are now in with a chance to score some free games from our #modlove collection. Help this mod secure more votes by embedding the widget (or link) we have included below on your favorite sites.

is it a bad thing ?
i will not be using alot
just a few things

No it's not a bad thing. It's just that every author I see is saying the exact same thing. "I'm now using AMFP stuff". I'm not a huge fan of that game, so the fact that like every new story will be based on AMFP or look like AMFP isn't very pleasant for me.

So not it's not a bad thing but I fear AMFP will be pretty overused eventually since everyone will use items from it.

Although the game itself wasn't as good as the original, it contained much more stuff than the original that it could be better to use some from it than use once again those original castle/dungeon walls and same ornaments.

still working hard on it

any thoughts on if i should or not ?

Depends on how long it is. Is it short? Then don't. Is it very long? Then sure, go ahead and split it into 2 episodes

31 members
You may also like
View All Top Mods

Madhouse I The Legend of Osterseestein - - Remastered Amnesia: The Dark Descent