The Legend of Zelda: Ocarina of Time mod | TBD


An experiment in storytelling 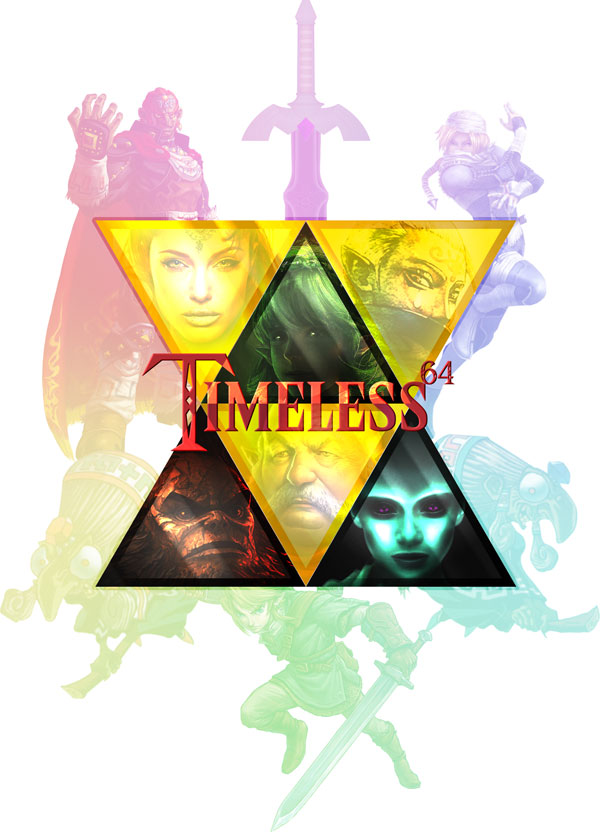 Timeless 64 is a fairly simple modification of the Nintendo 64 ROM 'The Legend of Zelda: Ocarina of Time'. It features 100% changed dialog, with absolutely no change to the gameplay. The new dialog makes the characters motivations, backgrounds, and storylines feel very different. Dive into the game you love with a new story you'll grow to love as much as the original.

Cross-posted from the Timeless 64 Blog

A few days of forward momentum makes for quite a bit of tangible progress. Here's everything I've finished for chapter two thus far.


A list of what is in game including some of what's not recorded:

A list of what still needs to go in before I release Chapter Two:

A list of what needs to go into Chapter Two before the final release:

So, really, for this chapter to feel play-through-able I only need to complete Darunia's conversation at the end of the Caverns, and all the owl stuff. My brother is working on doing the NPC dialogs on the side, so that'll all go in as his time permits. Updates here, of course.

It's interesting for me to step back and see how much I've put in game, but also somewhat daunting to realize how much there's still left to do. I know it's a common fallacy to feel like you've always done more work than you actually have because you consider planning into the equation, while to outsiders, you haven't done anything tangible. So I have this conflict where I want to only post about the tangible things I put in game because I feel like that's what catches people's attention the most. Sadly though, as is the nature of this project... it's difficult to show what I've worked on without it being dull. You're doing nothing but reading straight text for goodness sake! What's interesting is seeing how the game feels different when you play it.

With this in mind, I've worked on a new format. Hopefully it'll help drive a bit more interest from the perspective that I have. Because as I see it, Timeless is an exciting experiment in storytelling. The elements that go into the plot are pieces of my inner me that make me who I am. They are examples of how I view the world. And above all, I have found that the limitations imposed on me in this project have sparked more creativity than I could have originally hoped to have.

From here on out, expect some note on progress as usual. But on top of that, I hope that you find the process and rationale behind it all interesting as well. And hopefully, it'll add more value to the posts.

Out of my head, into the game!

Finally some in game progress since I moved 6 months ago. Re-leaning the workflow, and freewriting to help wrangle out the problem areas.

Getting back in the groove!

After a cross-country move and about 6 months of settling in, I'm warming back up to the plot. Check out how I'm using free-writing to job my memory and...

This release includes Chapter 1. It starts at the beginning of the game and ends when you leave the Forgotten Forest and enter Hyrule Field.

Gameplay of Timeless 64, from the Introduction up until Link leaves the Forgotten Forest.

This download allows you to patch an existing 'Ocarina of Time' ROM to "Timeless 64 - Chapter 1: The Forgotten Forest". Installation instructions included...

Not yet! But, surprisingly it's not dead. I've worked very slowly on it for the past few years, and there has been progress made. Just nothing posted. Thanks for asking!

Really cool idea. I'd be interested to see how it turns out!

Hey, thanks! Glad to see you around.