In our end of year wrap up we thank your supporters for helping us Win 5th Best Upcoming Mod for 2017. We unveil Nods Tiberium Waste Facility and the Weed Eater able to harvest Tiberium Vein's to construct the Chemical Missile!

Commander! We won 5th Best Upcoming Mod for 2017 in this year's Mod of the Year Awards! From the depths of our hearts, I and the team thank you for your incredible support. We weren't expecting to win but now we have we'll be working twice as hard in 2018 to bring you Tiberian Sun Rising :).

To wrap up 2017 we put together a handful of cool moments we've captured on the battlefield in addition to unveiling Nods Waste Facility and the Weed Eater! Enjoy! Happy New Year! 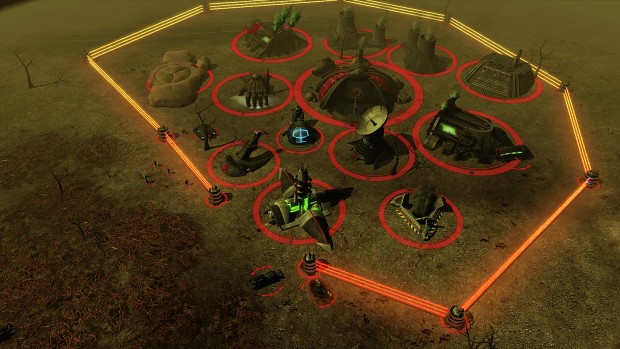 Commander! With knowledge from the Tacitus Kane's scientists have developed a new weapon utilising the Veinhole Monster creature itself the Tiberium Veins it produces are the key. After experimenting with samples of the Tiberium Veins our scientists were able to weaponise it in an aerosol gas delivery system. Tiberium as a Gas has extremely high mutagenic properties affecting any organic matter in mere moments of contact or inhalation. That's not all, however, the Gas is also extremely corrosive to metals and other materials able to deliver heavy damage to enemy bases or even vehicles. 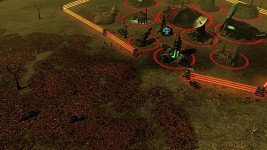 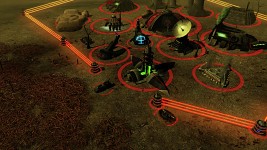 The Weed Eater is the vehicle we've devised to Harvest Tiberium Veins essentially its an industrial grade giant lawn mower that is both light enough to not get attacked by Tiberium Veins but has strong enough blades to harvest the Veins themselves in addition to having armour to defend it from enemy attack. The Weed Eaters are the key to harvesting enough material to construct the Tiberium Chemical Missile. If your Weed Eaters get destroyed progress towards the Chemical Missile will halt until you can resume Tiberium Vein Harvesting. They are not as strong as our Tiberium Harvesters because they'd be way too heavy and be attacked by Veins but they are faster on the ground as a benefit.

We are still testing the Tiberium Chemical Missile in the field but so far it is spreading Divination across entire areas quite effectively. We'll have more footage of it in action in a future briefing Commander.

Commander here is some Battlefield footage we've taken and captured over the past few weeks enjoy! 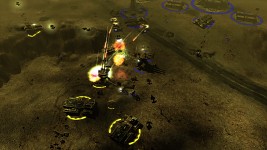 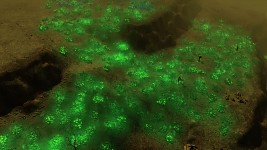 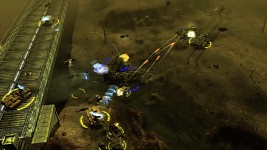 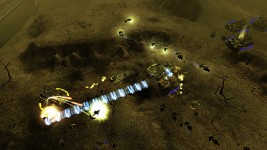 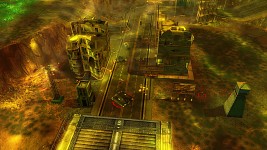 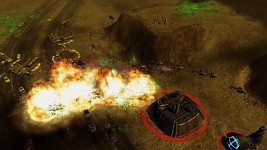 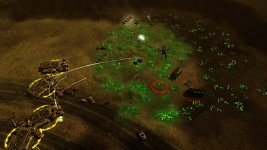 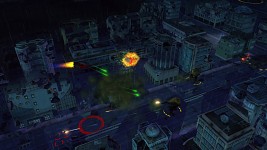 Tiberian Sun Rising will require C&C3 Tiberium Wars to play. So be ready for us with these GREAT Deals!

EA's Origin has "Command & Conquer The Ultimate Collection" 50% OFF for $9.99 USD until 12th Jan. Go grab that deal here. Or just get it from your installed copy of Origin on your PC.

Steam is selling C&C3: Tiberium Wars directly for $3.74 USD at 75% OFF. Go grab these deals quick and save! Which you can grab that deal here. Or just get it from your installed copy of Steam on your PC.

and a happy new year!

To me this is one of the few entities that keeps the Tiberian Saga alive. Very nice job indeed. Keep up this exceptional work!

Personally, I'd stay away from the Ultimate Collection. It's got more problems than C&C TFD. I'm definitely looking forward to chemical missiles ingame though! :)

There are community patches and things around for some of those issues, the Steam version is closer to the DVD standalone unless you have the Kane Edition (though there are registry changes to get that activated).

Glad your looking forward to the Chemical Missile :) We look forward to demonstrating it in action in a later update we're polishing/working on a few things related to it I think you all will like.

it goes too much time i really want to play sir……