The Tiberian Sun Client is a complete, stand-alone Tiberian Sun package for both players and modders. It fixes all known (fixable) bugs in Tiberian Sun and offers a ton of new functionality, including a new easier-to-mod file structure, new game options and pre-defined starting locations and teams. With the Client's bugfixes and enhancements, Tiberian Sun players get a significantly enhanced experience compared to the original game, while enjoying gameplay exactly identical to the original game. For modders starting a new Tiberian Sun mod, it is not required, but highly recommended that you begin with installing the TS Client. The new file structure directly exposes the most critical INI and MIX files of the game, meaning that you don't need to download any special tools for most basic modding.

A new Tiberian Sun Client, based on the client technology from The Dawn of the Tiberium Age and Twisted Insurrection, has been released. This package also allows modding and contains the fixes of UMP (Unofficial Mini-Patch), making UMP obsolete. 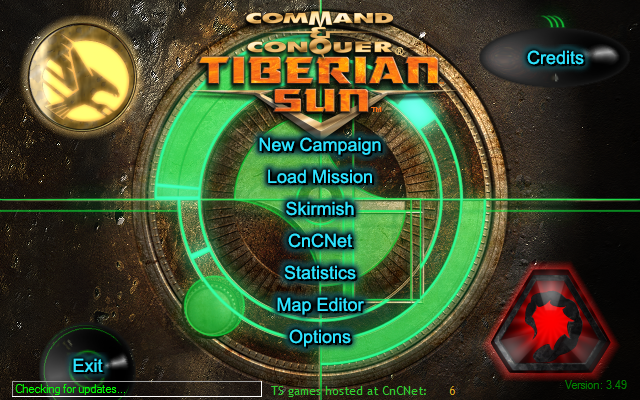 A new Tiberian Sun Client, based on the client technology from The Dawn of the Tiberium Age and Twisted Insurrection, has been released. This package also allows modding and contains the fixes of UMP (Unofficial Mini-Patch), making UMP obsolete.

*Note: This is not the only TS MP client. Most games are (currently) hosted with FunkyFr3sh's client, which is incompatible with this client. So, on CnCNet you won't see most of the games shown in the main menu. 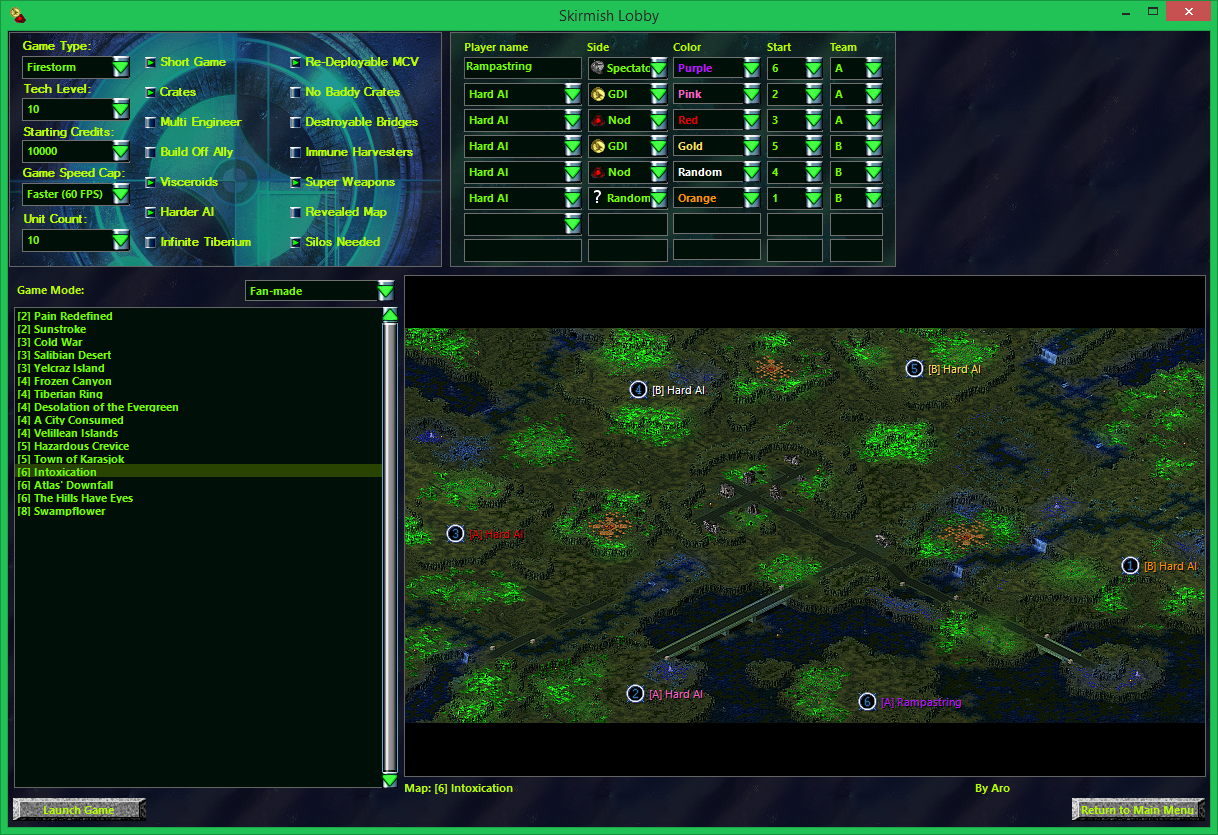 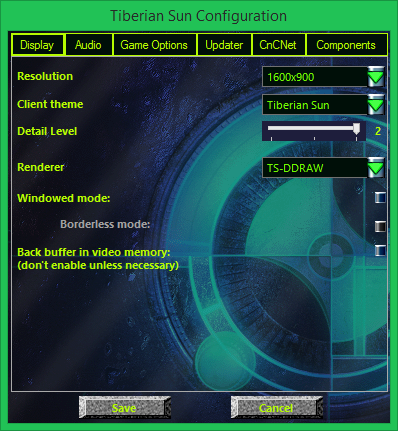 Good thing is that Tiberian Sun is now fixed.

The hills have eyes?! the best map ever finally meets TS :D

Just downloaded this, and for the first time in years I could completely play a four player skimish match without game crash! Thank you fixing Tiberian Sun!

Can we expect to see the map generator make a return in this client?

I'm afraid not. There is a map editor included however, so with some extra effort your can create your own maps with that.

Finally a Tiberian Sun we have been all waiting for. Good job guys!

Great work guys!!
But when in SP I go to game options the game freezes and kicks me back to desktop (Win10 with latest nvidia drivers).

Which renderer do you currently have selected in the client's options menu?
TS-DDRAW works best for most people, but you can try out the two other ones as well if you're already using that.

IE-DDRAW gives the best performance in Windowed mode. So if you wanna use this renderer in full-screen mode with good performance, it's best to enable Windowed mode in combination with borderless mode and then selecting a resolution that matches your desktop resolution so that the (borderless) window will fill the whole screen.

Hi, I have two ideas, you should enable those small video transmission in Nod campaign,("we need more men" and "sir the tacitus is gone") also I think EMP shp turret is much nicer than the vxl one. Thats all for now.

The videos can be downloaded and enabled via the client's options menu, on the 'Components' tab.

While the SHP turret might indeed look nicer than the voxel, replacing graphics is not a purpose of this TS build.
Also, the SHP turret has the problem that it can't tilt, which looks pretty bad when the EMP is fired at a location that's very close to the turret (the pulseball will then fly straight up, while the turret will still maintain a nearly horizontal angle).

Well sorry if Im too pushy, anyway I downloaded Nod cinematics but those video transmissons (nod01_sb.vqa, nod02_sb.vqa) are not seen, I think those can be scripted in map editor somehow. Also another idea, what about adding "Nominal=yes" to every unit/building in rules.ini.

Are these Nod video transmissions you speak of normally visible in the original campaign (and they're just not visible in this TS build) or are they originally not used at all?

We're all for enabling original content that was (seemingly) unintentionally left out, as long as it doesn't alter the gameplay.
While adding Nominal=yes wouldn't alter the gameplay that much, it would make a slight difference for online games and that's enough reason not to do it.

Ok then, well those two videos are in the Nod movies.mix file (in this case its expand02.mix) and they are originally not used at all. If Im right then nod01_sb.vqa was meant for the first Nod mission and nod02_sb.vqa was for the fifth mission where you need to recover the Tacitus. In short those videos are original content but left out for some reason.

I was trying to figure out if you were reporting a bug in the build or if you were requesting for originally missing videos to be enabled, but that's clear now.

A new update to apply these changes will be uploaded later on; thanks for your suggestions.

Btw, is it possible to bring back Main menu soundtrack?

Yes, it's possible and a planned feature. However, it's not really a priority, so it could be a while until I implement it.

This is incredible! Playing through the original C&C campaigns now and was dreading dealing with compatibility issues with TS once I finished. This is pretty much a Godsend. Thanks for your work on this, guys! Hope to see all the original Tiberian Sun stuff and then the extra goodies when I get around to picking this up!

It should all be there already. Be sure to tell us if you find anything missing or buggy/broken; while all of the stuff should work, it's always possible that a bug or two has slipped in. We will continue working on this and will always fix any fixable issues ASAP :)

Thanks a lot man.

Can you make it fullscreen? so it would be like a total replacement of the original

No, it's not possible to make the menus fullscreen.

It also would be greate, if stretching the videos keep correct aspect ratio

The game itself unfortunately can't do that, although some graphics card do allow you to configure this in their driver settings.

yeah, but it works only for non-widescreen resolutions.

Well done. This is probably a good step in working against community fragmentation.