Too scared to play the original on your own? This might be your chance.. (More coming soon) 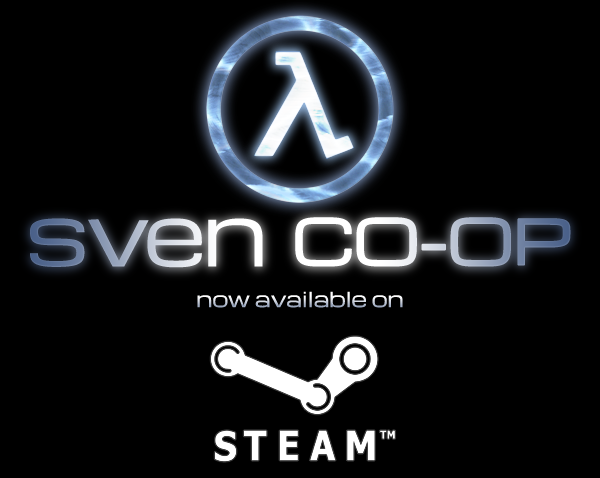 If you've donated to the mod at any time, you should automatically receive the in-game bonus features in the Steam version of Sven Co-op. If you don't see them after trying on a couple of different servers, please send me your Steam ID (e.g. STEAM_0:1:23456) together with the real name and e-mail address you used when donating so we can identify the donation.

After installing the game, Sven Co-op's SDK and Dedicated Server will be available under Tools in your Steam Library (use the dropdown at the right of the Search box). For information on how to set up your own dedicated server, check the "Running a Server" section of the game manual. You will need to forward port 27015 (TCP/UDP) to run any server.

We've finally finished testing Sven Co-op 4.7, and now it's time for the rest of you to have a go. Spread the word! In this release you are going to be...

We've been planning to add an auto-updating system for donation bonuses, but due to some technical issues it may not be possible in time for the impending...

Not trying to say "QUICK RELEASE EPISODE 3 ALREADY", but when is Part 3 getting released for Sven Coop?

Like all of this mods work, give THAT another year.

the epic win or fail saved

If they had all the work converting the first chapter into Sven coop, why not finish it and make the second and fourth one too?

I Think this mod copy work from 7-coop

Its not seven coop you idiot, lol its SVEN COOP!