A total remake of old good Half-Life mod on modern Valve Source™ engine, with the participation of skilled developer, designer and composer, will make you again feel the atmosphere of fear and fun! Find more at — hunger.romadoma.com

RSS Release. Nothing Else Matters

We waited for it no less than 8 years. Now it is time to feed our HUNGERRR!

First of all, I want to thank everyone who played and left feedback about our mod! We hope you like it, even though some bugs. After gathering opinions via the poll, we fixed the following critical things new version of They Hunger Again v1.2. Here is a full list of changes: 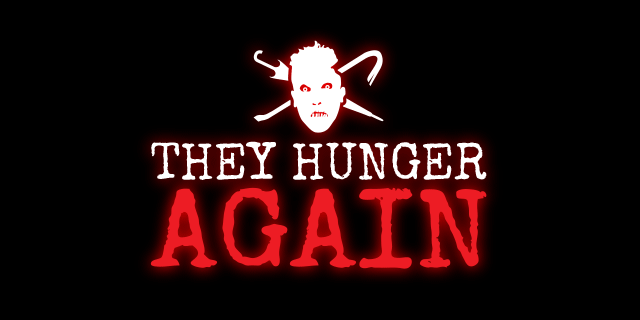 They Hunger Again team is

Game contains lots of our own content and many things made outside of project.

Important! Weapons authors are not displayed here until MAR 21,

because we want to make a little surprise for you.

About the mod briefly

OMED is sort of a DEMO but isn't really one. It's just coming out without the last map called Rockwell Town. WTF?!! Yeah, I know. Still our mappers worked hard without having enough time. So we had to leave the Rockwell Town under construction due to some issues including time shortage mentioned above. Anyways the game looks complete without it and after all, guys, this is They Hunger on Source!!! Will you refuse a proposal to dance with a girl just because she has a short haircut? Or did you refuse to play Black Mesa only because there were no Xen maps? - huh, don't make me laugh!

Yeah, we love bugs, so we've added few into They Hunger Again! Just kidding. Still, there certainly will be some bugs, so we'd like to suggest some moves in order to minimize their appearance:

How to install game on your PC

Here is a short video about how to install it on your PC and run from Steam. Yo DON'T need a Half-Life 2 Episode 2, but you have to install Source SDK Base 2013 Singleplayer to launch it. Everything is easy, just follow the steps in the video.

A word from our beloved composer - EL D'VIR

I'd like to introduce our composer once again! All the background music you hear in the mod has been composed by this guy. Like a human body is just a walking zombie without soul the mod is just a 'bones' without music. El D'Vir has added emotions and feelings into They Hunger Again which appears to be the soul of the game. I'am very thankful to him. A short note from El D'Vir himself: 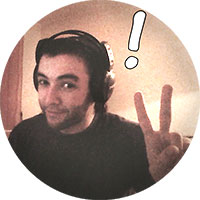 I don't usually do the release posts but this time I felt like a kinda have to. First of all, I'd like to apologize about the delay of release date caused by my team. Long story short, we had to reconsider the whole thing about music in the game in a very short time. Although we had to pretty much shorten the time of the actual soundtrack as well as the time spent on the soundworks, I really hope you will enjoy the changes made. Secondly, I'd love to thank all of you for your donations! We really appreciate your support in any possible way very much! Anyways, I am very glad we have finished this awesome project and I believe you'll be glad as well playing it.

This is surely not the end! The final map will come out as well as the other two parts of the actual game. Our main goal for future is to increase our skills and bring you more games of even better quality in all possible ways.

If you're interested in the future development of They Hunger Again or other games made by our team (yes, there's at least one more RPG game upcoming, but this is a surprise for now) you can:

Sorry, guys for that you must wait more for 2 hours for download link, but I don't know that release article will pas the moderation SO FAST (I didn't want to publish the download without release article.)

I love you guys, because projects like these just appear and die without warning. but you guys keep to your guts and rolled with it, good luck on continuing more on the project.

Looking forward to the nostalgia.

its black mesa all over again

How come i never heard of that remake before ?

Srsly guys. How did you menage to create a 65mb texture of grass?
Also 2048px 16mb textures everywhere. Why? It's pointless with such basic brushwork you have on your maps. And Source can't even handle that big size textures (they won't look better than well made 512px ones).
It's waste of everybody's time to download 2,5 gb mod (unpacked).
You could easily squeeze it under 500mb.
Pls read more about making textures for Source and optimize your mod!
65mb grass texture, hilarious.

65mb grass is, if I remember correctly, is 4096x4096 texture for nicely tile on volcano in skybox.

Not really, anything beyond 1024 don't improve visuals. Yes I looked closely :)
You have much more 65mb textures, and 16mb, and 20mb ones, that was just an example.
Using such large files the way you guys did is just pointless.

> Not really, anything beyond 1024 don't improve visuals

You should give credit to Neil Manke for the original. After all, he did make what was probably the most famous Half-Life 1 single-player mod before Cry of Fear came out; it's a crying shame he fell ill before Lost Souls could be finished.

Well I can't check this one out, it's just not working! I can see only loading screen and then game quits, I don't know wat's wrong with it I have all HL games installed and also have Source SDK 2013.

Check out this - Youtube.com

Could not play, getting "Could not load library client. Try Restarting. If that doesn't work verify the cache". I did everything as instructed in the video and installed this in a new account. What gives ?

Is this going to take over the source variant of Sven Coop again?
('s a joke)

I never got to finish TH, I just couldn't figure it out, in the times of No One Lives Forever, I thought I'd be used to this type of gameplay, but, nope :/

EXCELLENT !!! I finally figured out my problem. I don't know why I could not play it in a new account (made with no HL2 games previously purchased whatsoever...) BUT, all of a sudden it started working !!! Downloaded SDK base, tried starting the mod. Nothing. Choosed (upcoming-) and now they are running fine !!! Finally, and I really like this mod, but I'm going to go with a Easy mode first time... We'll see how it plays out ! Thanks for building it, and 10/10 IMO.

Man, that's all is described in this video, which is on downloads page - Youtube.com :)

Do you have an ETA on the final map for the game? Also, do you plan on adding a co-op mode like in the original They Hunger?

I'm copy-pasting my answer here, cos' it's fully suitable:

It was hard to made it and there is many bugs that we just don't have a time to fix up. Future developing of this mod is currently under question in 50/50. Some people liked it, some people are dissatisfied, so there is a big question - should we spent time and money for it's remake-continue.

i see you dont use classic shell in that win8 ,styles youre start button to that off win7 or xp and stuff .But great to see thay hunger is still active gl%hf !!

Well I definitely didn't expect you guys to deliver!Not sure if I skipped it in description, but why did you submit it as a brand new mod instead of using the old page?

Will this work for half-life 2?

I don't remember, but it definitely can be.